I guess my spotlight has been on Takeshi Kitano of late...First an invite for dinner and now this.

The dinner invite, though, was pretty much spurred on by having just reviewed his 2005 film Takeshis' (the apostrophe at the end is intentional - indicating something that belongs to more than one Takeshi).

After so many years in the entertainment field and having done movies (starring, directing, writing), TV, books, painting and just about everything else, Takeshi Kitano seems to now be deconstructing his own artistic process. This film is the first in what is apparently a trilogy of films that will break apart Kitano's approach and ideas of film (the second was 2007's "Glory To The Filmmaker" which was screened at this year's Toronto International Film Festival). Whether this is an experimental approach to working in new ideas, therapy or simply boredom on his part, I couldn't say. It does, however, still contain the creative shots of previous films, the signature Kitano humour and bits of non sequitur entertainment. 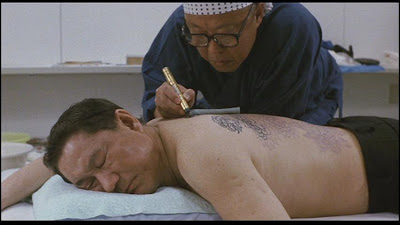 The film kind of folds upon itself in a way similar to Spike Jonze's "Adaptation". It begins with famous actor Beat Takeshi wrapping up yet another yakuza gangster film role and introduces us to the many people around him (helpers, gambling associates, sycophants, annoyances, etc.). One of the people we meet is a struggling actor named Kitano - who just happens to look exactly like Beat Takeshi. After their meeting and an autograph, Beat goes off into makeup and as he falls asleep during the application of fake tattoos on his back, he wonders what life is like for his doppelganger. Within his "dream", we see this imaginary life of Kitano populated with Beat's own acquaintances in various new roles - sometimes popping up several times. To remove us even further from reality, within Beat's dream the struggling actor Kitano has his own dreams. Like the following sequence: 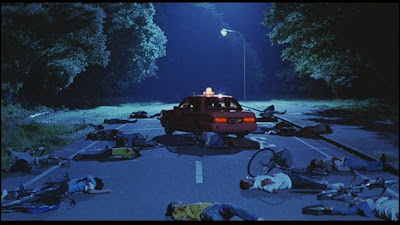 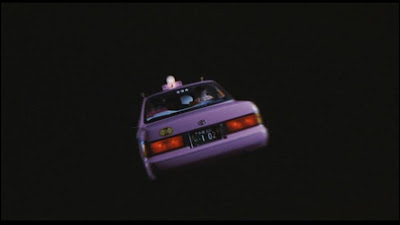 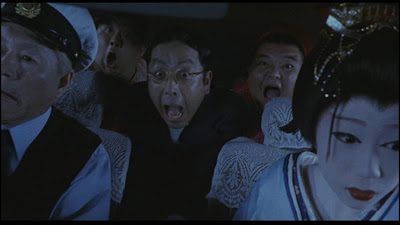 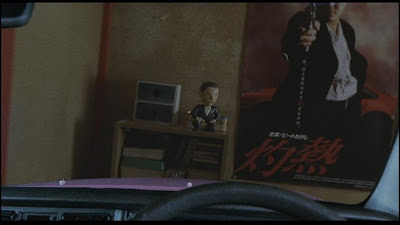 This particular passage starts out with Kitano as a cab driver picking up a couple of sets of people he has already come across (two large sumo wrestlers as well as a young boy dancer and his agent). After navigating a series of bodies on the ground, the car plunges into darkness with the passengers all screaming and crash lands into...Kitano's apartment - at which point he wakes up. However, we're already inside the larger dream of the actor Beat Takeshi and those passengers have all been other people he has met so far that day (but perhaps not exactly in those guises). All these sequences seem to bring out not only the real life Kitano's creative processes (merging flashes of ideas he gets as he meets people in an awake state with the free form stories he has while dreaming), but also allow him to riff on what are likely scenarios he's been through in his real life role as an entertainment personality. Meanwhile we also get a myriad of references to previous Kitano films as well as a terrific dance sequence with three tap dancers and a huge caterpillar. 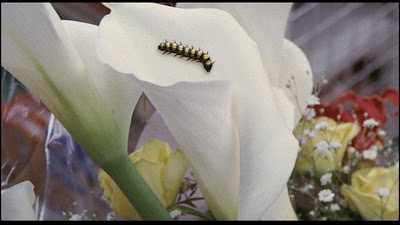 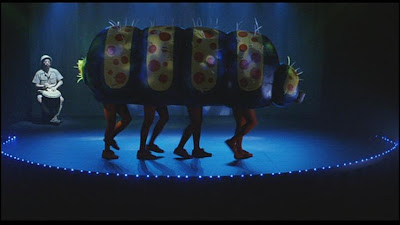 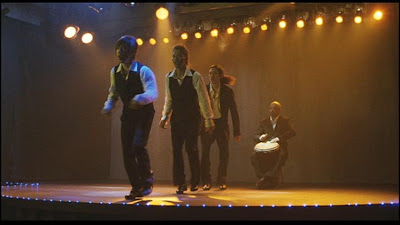 I'm not sure if Kitano initially had the concept first and then filled it to the brim with germs of other ideas or if he simply had lots of spare thoughts floating around and came up with the device of this film into which to spill them. He has said that he never wants to make another yakuza film. And though this certainly isn't one, he not only includes characters that are yakuzas within his dreams, but also clips from a yakuza movie within the movie in which the film's Beat Takeshi stars. And he definitely hasn't quite got all the gun play out of his system yet... 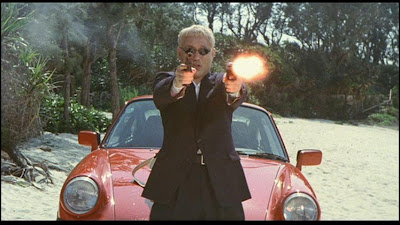 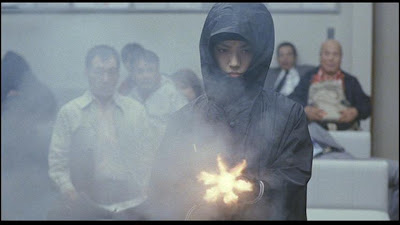 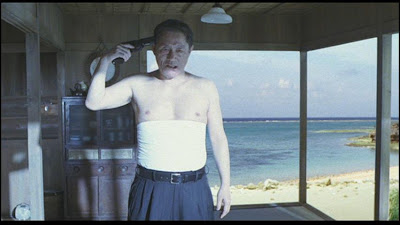 Kitano may be too self-involved for some with this new phase, but if an artist is going to do some navel gazing and reflection on how his creativity should express itself then this would be the way to do it - through an original, fun and entertaining ride. 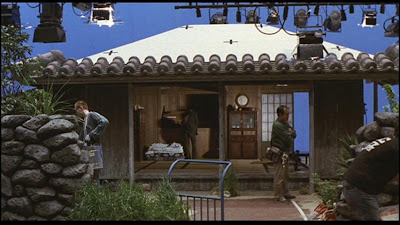 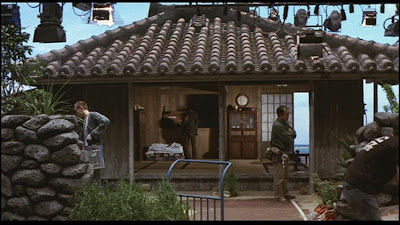 Takeshis' films are so crazy. Two TIFF's I've spent the first Friday in the chilly Ryerson watching the visual implosion of his brain on the screen and I didn't fully get it then and I'm not sure I ever will!

But that is ok, I think it's really fascinating to see the introspective projected the way he does it, mind you in Takeshis' that scene on the road, with the clowns.. I mean... what was that? Bizarre and wild.

Yeah, I don't know if anyone is supposed to fully "get it". I think he simply has the leeway (because he's Takeshi Kitano) to do whatever the hell he wants. Not sure if he's experimenting or just using this as a cathartic exercise, but I love his visual sense. And I kinda like that bizarre WTF feeling that occasionally pops up...B-)

I'll admit that I'm biased though...Especially with last year's "Glory To The Filmmaker". After the first half hour there's really no rhyme or reason for anything...That may have been a bit too much WTF.

Takeshi Kitano. What a mesmerizing individual....

I loved this film as well. I think to fully enjoy it, you just have to sort of give up and go with it. Once that's done, it's a pretty incredible and unique experience.

There's this goofy bit of trivia I've always found amusing about the film. Here it is, conveniently copy and pasted from IMDB....

--The movie was announced during Cannes 2005, with a huge black banner with big red letters spelling Takeshis', and with smaller white letters saying, "500% Kitano - nothing to add." There was frustration between fans and critics, since there were no synopsis, no cast, no poster, and no trailer. Then in mid-July, a teaser began running in theaters in Tokyo, Japan, and from September 1st on Kitano's studio, Office Kitano, both showing Kitano's character tap dancing on a railroad.--