Pat Piper over at Lazy Eye Theatre has tagged me for the My Dinner With BLANK Meme and it sounds like a fun one:


1. Pick a single person past or present who works in the film industry you would like to have dinner with. And tell us why you chose this person.

2. Set the table for your dinner. What would you eat? Would it be in a home or at a restaurant? And what would you wear? Feel free to elaborate on the details.

3. List five thoughtful questions you would ask this person during dinner.

4. When all is said and done, select six bloggers to pass this Meme along to.

5. Link back to Lazy Eye Theatre, so people know the mastermind behind this Meme.


I'm not overly good at narrowing my choices sometimes, so I'm going to choose four separate guests (I expect I could actually get answers to many of my questions with a bit of googling or further reading of books about them, but I would still want to ask person to person): 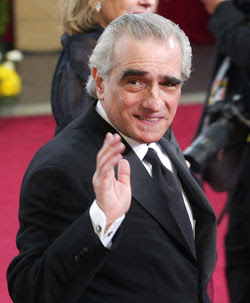 1. It's not that I necessarily think Scorsese is the best director ever (though I love his work), but I could listen to him discuss film all day long. His passion comes through loud and clear, he articulates film conventions and techniques better than just about anyone I've seen (track down his "A Personal Journey With Martin Scorsese Through American Movies" or "My Voyage To Italy") and he has great and interesting choices for favourites.

2. I'd dole out some meat curry my wife taught me how to make years ago (though I haven't made it in quite some time) with rice and dal (lentils). It's nothing fancy, but the cumin and coriander spices are my faves and I think Marty (hey, if I'm having him over for dinner, I think I can call him Marty) would appreciate it. Serve with a nice green garden salad with juicy red tomatoes for colour (no tomatoes for me though). Liberal quantities of vino. New York style cheesecake for dessert.

3. Questions? Man, I'd probably just open the floor and ask "So, what do you like about film?" and then sit back for 3-4 hours...But if I have to ask 5 specific ones: 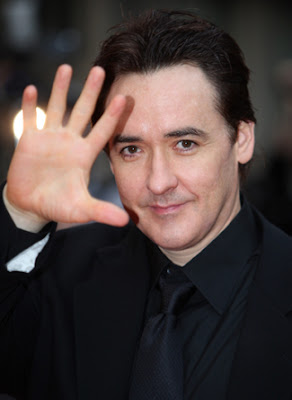 1. One of my favourite actors - I like a bunch of his films, I like his acting style and he just seems like a guy you could hang with.

2. Got to be a BBQ. Probably some steaks with corn and sweet potatoes (with cinnamon and nutmeg) on the grill as well. Beers while we're cooking. Beers with dinner. Beers with dessert. The beer would be either Wellington County Ale or Big Rock Traditional Ale. Dessert - a good moist chocolate cake. Cognac after we're done. 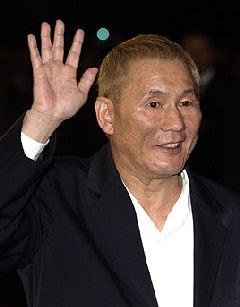 2. Grilled salmon steaks on a bed of teriyaki noodles. Pan fried broccoli. Beer, but probably a lighter one like Big Rock's Grasshopper Wheat Ale. Apple pie with a really good vanilla ice cream for dessert. Failing all that, a good restaurant that serves noodle soup. 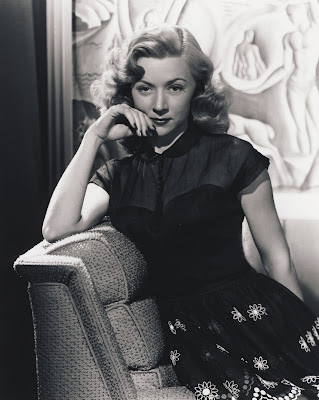 1. I just love her in everything I've seen her in (particularly Nicholas Ray's "In A Lonely Place"). There's just a mesmerizing quality and air of mystery about her...And the best eyebrows ever.

2. Bringing out the good tablecloth and silverware this time...I'm thinking a nice light chicken (rosemary maybe?) with a chick pea salad and maybe some green beans cooked on the stove top with almonds. Cocktails beforehand and white wine with dinner. Probably fresh berries with chocolate sauce for dessert.

3. The questions (she had a very interesting personal life, but I'd stay away from that and focus on her film career): 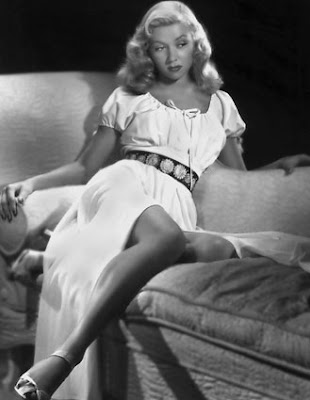 That would be cool.


I'm tagging the following people to continue the meme:

James at Toronto Screen Shots
Shannon at Movie Moxie
Chet at Under The Influence
Adam at DVD Panache
Damian at Windmills Of My Mind
Jeremy at Moon In The Gutter
Posted by Bob Turnbull at 13:16

I knew you were going to tag me. I'm prepping a big blog entry to go up before the weekend, so this might have to wait until then. But, like you, I'll find it difficult to pick just one person. I love that you included Gloria Grahame (and included such great photos!).

OH my.. I was wondering if this would come up. Time to get the thinking cap on!

I read that Scorsese has a series of projectors throughout his house and will set a different mood in every room by playing different films in each. The guy just loves film.

And although I have heard that Cusack can be a prick, I would love to hang with him because I am such a fan of his films.

And I specifically picked you because I knew you would bring some Asian flair to the picture and you did that with Takeshi.

James/Shannon, I wait with bated breath for your posts...B-) This was a fun one for sure. I struggled a bit with the menus, but then just decided to wing it. Getting to a full 5 questions was a bit tough at first, but then I realized that I didn't really have too many specific things I wanted to know. I'd just want them to talk...So I was trying to be pretty general.

Piper, I had never heard that about Scorsese. That's pretty amazing.

Thanks again for tagging me...

Great choices. I recently saw Cusack on "Inside the Actors Studio," a show I don't watch much because of the odious James Lipton. Cusack was wonderful, full of a lot of great information and a certain amount of nostalgia for me (I'm a Chicagoan, too, and know a lot of things he talked about).

Gloria Grahame is a great choice, too. I think she's fantastic.

Lipton's a bit of a goof to be sure, but I like the basic format of that show. The Cusack one would've been good, so I'll have to look for it in repeats.

And Gloria can do no wrong in my books...

You broke the rules!! Thanks for the tag. I hope to have a post up tomorrow on this.

I look forward to it Chet! You'd be the first of the six I tagged - those lazy bastards...