Hot Docs Opening Film - In The Shadow Of The Moon 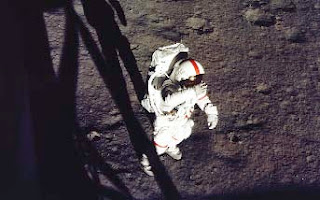 You would think that one of the biggest events of the 20th century would be documented up the wazoo by the actual people involved with descriptions of their feelings and experiences. Short of the terrific For All Mankind which used only NASA footage and narration from the astronauts and mission control, I don't think there have been many attempts to really have the astronauts themselves talk about humanity's first ever journey to another world.

There have been plenty of fictionalized accounts (The Right Stuff, From The Earth To The Moon, etc.), so the stories aren't completely unfamiliar to most people. But In The Shadow Of The Moon sits down most of the remaining Apollo astronauts and, cut in between more NASA footage, has them talk to the camera. 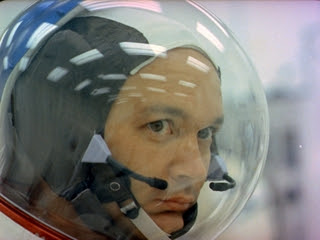 Each of the former astronauts come across as highly intelligent, warm and completely genuine people. Frankly, a film that only showed the interviews would still have been endlessly entertaining and interesting. Even though they've accomplished things that few of us can even imagine, they still just feel like someone's Grandpa. Though a Grandpa with REALLY great stories.

Michael Collins and Alan Bean were probably the funniest of the bunch, but each and every one of them had an amazing ability to convey their unique thoughts of their own experience. And the intensity is still there...You feel the drive hasn't left any of them. Simply a remarkable bunch of people.

In the Q&A after the film, the director addressed the absence of Neil Armstrong. He admitted that Armstrong never actually said 'No' to being involved, but he never said 'Yes' either. He's a very private individual, never wanted any of the fame or recognition and mentioned this in emails back to the director. As the interviews started piling up with the other astronauts, the filmmakers eventually decided to simply leave Armstrong alone...And in some ways it adds an additional bit of mystery to the first man on the moon. Though I'd love to hear Neil Armstrong speak about his memories, the film doesn't suffer from his absence. 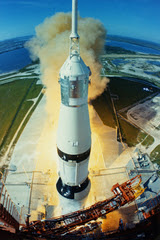 The footage from NASA is stunning. I suppose that's an obvious statement, but my goodness it's glorious to see this on a big screen. The photos taken of Earthrise over the moon are literally breathtaking - I heard most of the audience suddenly inhale quickly as the first image came up. My favourite portion was likely the footage taken from the lander as it blasted off the moon on its way back to the capsule. As it rose quickly off the surface, you could first see its own shadow shrinking as they left the ground. Then the entire set of tracks that were left by their rover. Then the actual remaing portion of the lander that was left behind.

If you don't get some kind of emotional punch from some of this film, your sense of wonder really needs a tune-up.