I actually wrote all of these while performing my civic duty of sitting on my butt waiting to be called for Jury selection. 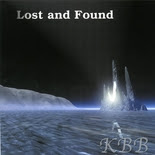 
Very strong instrumental prog from Japan. The riffs and melodies throughout this album are well composed and are kept interesting by mixing predominantly keyboards (synth, piano, organ) and electric violin (think FM, "Losing It" by Rush and a fiery Jean-Luc Ponty) with a little guitar and then building on variations of those themes. Occasionally some of the synth or piano opening statements suffer some of the overly dramatic cheesy-ness of the worst neo-prog, but it doesn't last long once the rest of the band starts interacting with each other. They've also done very well to ensure flow is kept in each tune as they transition between solos and themes. 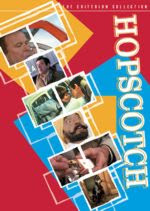 
Without my really noticing it, Walter Matthau has become one of my favourite actors. It goes without saying that he's freaking great in both "The Odd Couple" and "The Sunshine Boys", but he gives one of his most entertaining performances in this 1980 film as a retired secret agent going through a final set of deceptions. It's not that the role requires a huge stretch for him (his character is essentially always right, ahead of everyone else and in a jovial mood throughout), but it just feels like he's having so much fun. I'll forgive him the tremendously awful "Gangster Story" from 1960 which he also directed. Barely though...


What started out as a bunch of Boston friends documenting the selling and production of a script written by another friend turns into a rather sad protrayal of an individual becoming totally self-involved and deluded. Troy Duffy wrote "Boondock Saints" and with the help of his friends managed to secure Miramax involvement as well as the ability to direct it. As things progress and Troy gets involved in the Hollywood machine (and manages to get a record deal for his band as well), his ego not only grows but it explodes. So much so that his relationship with his friends, including those making this film, fractures into fights and lawsuits. Troy even pisses off Miramax chief Harvey Weinstein with verbal assaults. As you can imagine, that doesn't help matters much...A fascinating look at someone shooting themselves in the foot over and over and over again. 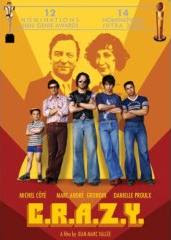 
This Quebecois film (by Jean-Marc Vallee) ended up being one of my favourites of 2005. It tracks the ups and downs of a family of 5 boys growing up through the 60s and 70s - mostly from the point of view of son number 4. Not only does it do a great job of building interesting characters and tieing the story arcs together, but it creates a vivid depiction of Quebec's culture and people during those decades. A fun, sad and very involving film.


I hope at least some folks were curious to check out this terrific creepy Japanese film after last year's poorly received U.S. remake. It would be a shame if people missed it. The ghostly images of recent suicides begin showing up as it appears that the dead are spilling back into this world. Where the remake appears to focus on plot driven scares, director Kiyoshi Kurosawa uses his story as a framework on which he can hang his set pieces but also to build an interesting commentary on the growing disconnectedness (if I may be allowed to use a 16-letter non-word at this point) of Japanese society. As for the scary stuff, it's all about the atmosphere - slowly building with subtle shifts of mood. You're not likely to jump out of your seat (though there are a couple of jarring moments), but you may notice about halfway through that you're curled up in a ball on it. The sound design is key in a film like this and here it's masterful. Particularly at moments when the sound completely drops away. One of the best of the J-horror bunch.
Posted by Bob Turnbull at 23:27

I'll have the check this out. I'll admit with the barrage of bad horror coming out these days, I never thought for a second that Pulse was a remake of a more superior movie.

Thanks for the comment Piper...I'd love to hear what you think of "Pulse" if you end up tracking it down.

By the way, I'm enjoying Lazy Eye Theatre. I just found it recently and I'm working my way back through some older posts.

I wish your comedy penis well...If it is looking for another older film that is superior to its remake, have it watch 1979's "The In-Laws" with Peter Falk and Alan Arkin. It'll thank me (uh, though a card will suffice).