Not the most devastating news around, but still somewhat sad if indeed she never does another film again. It's her own decision and she will continue to dabble in other arts, but it would be a shame to never see her in another film role.

And I don't just say that because she's stunningly beautiful... 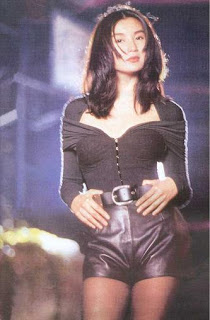 ...though she is indeed.

Most people would know her from her role in Hero or one of Jackie Chan's early movies and most critics would hail her for one of Wong Kar Wai's films (in particular her incredible acting job in In The Mood For Love). For me though, her most memorable role is from a film called Irma Vep directed by her husband (at the time anyway) Olivier Assayas.

The film is a behind the scenes look at the making of a modern version of the classic French silent film Les Vampires with Maggie playing, well, herself. She has the role of Irma Vep in the movie within the movie, so in all the behind the scenes sections, she's really playing herself. So it's perhaps not much of a stretch, but it ends up being one of the most watchable (I just can't think of a better word to describe it) performances I've ever seen. She's charming, intelligent, patient, curious and you can't take your eyes off her. 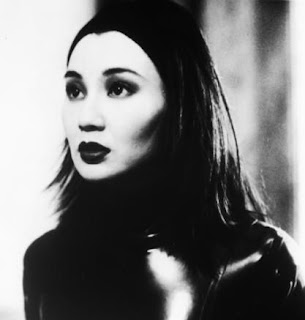 Finally, here's a recent interview with her from a few weeks ago:

Oh no! She's one of the few modern actresses that I really love. I do admire her interest in composing music for films though. It ill be interesting to watch what she does in the coming years.

And did you notice that she's also really good looking? Or did I mention that already? B-)

I hope she takes the middle road and still does an occasional personal film.