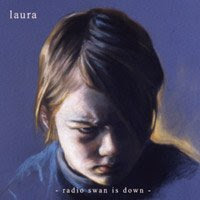 
Imagine a shorter and more to the point Godspeed You Black Emperor and you're close to the sound of the band Laura. Churning guitars and a wall of sound emerges from slow and even occasionally delicate beginnings. Five of the six band members are credited with "noise" on the album, but it's all incorporated into the music and you probably couldn't isolate any specific "noise" being "played". The cello in the sound mix adds a great deal of dramatic buildup and any vocals tend to be mixed a bit in the background to further heighten that feeling. But they have a unique quality that sets them apart from just a mere comparison.


This film hits just about every noir characteristic there is. Robert Mitchum plays a small town nobody who pumps gas and finds that his past has returned to deal with him. He has down pat the cool character who is accepting of his fate while his co-star Jane Greer plays one of the greatest femme fatales to ever toy with the male gender. Throw in Jacques Tourneur's direction, use of light and some tremendous dialog and that leads to a single simple conclusion - Best Film Noir ever.


In the early 70s, Los Angeles cable subscribers were very fortunate to find the Z Channel on their TVs. It focused on bringing uncut foreign and classic films to audiences and had a successful and very influential run. The film does a great job at bringing across the joy of many of these movies (with excellent clips from 8 1/2, Black Orpheus, Fitzcarraldo, etc.) via interviews with people like Jim Jarmusch, Quentin Tarantino, Robert Altman and others. But there's a dark side to the documentary...It's not only the rise and fall story of the channel, but also of the main program director Jerry Harvey and his obsessive nature. This helped him in being doggedly determined to find full length cuts of lost films, but led to a terrible personal tragedy as well. 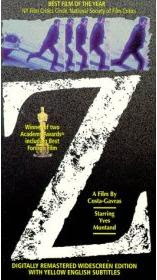 
Superb political thriller which is based on the true story of the downfall of the Greek government. It follows the story of the murder of a leftist politician through to the connections to the current government and military that are unraveled by a prosecutor. Tense and disturbing (I found myself almost getting angry at the cover ups along the way), this was the first film to be Oscar nominated for both Best Foreign Film and Best Film during the same year (it won Foreign).


Don't expect another Asian horror film going into this. There's supernatural elements and certainly some unsettling moments, but it's the slow realization of what has happened towards the end of the film that truly gives you the willies. Halfway through, a young adopted boy disappears from his parents' home and the viewer is led to believe that he ran away (due to his parents not understanding his love for an acacia tree in the backyard). But as we see the relationship between the couple deteriorate and flash backwards in the story, you wonder what really happened.
Posted by Bob Turnbull at 08:56