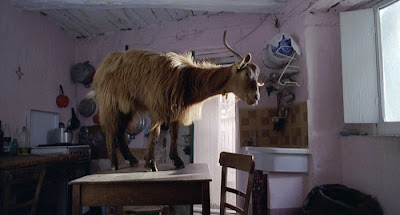 Fair warning was given to the audience before the screening of The Four Times: "The viewer must do the work". Since this was issued by Michelangelo Frammartino, the film's director, it was taken pretty seriously. However, given the description of the film as being "inspired by Pythagoras’s belief in four-fold transmigration" and that it was "a genre-defying work of cinematic transcendence", it shouldn't have come as much of a surprise to anyone. This certainly isn't a narrative story, character study or even a fable with a strong moral. This is a slow, meditative look at a small Italian mountain village, how all nature is interconnected and an exploration of the idea of soul transference from human to animal to vegetable to mineral. By the end of the movie, that work you invested is indeed repaid in full.

From the dust in a church that an old goat herder accepts as payment for his milk deliveries (and which he consumes at night with his glass of water) to the smoke and ashes that bookend the film, it's a beautiful take on "ashes to ashes, dust to dust". It's obviously a look at the movement of the spirit through its different stages, but can also be seen to simply show how life sustains life and how mother nature constantly moves forward. All the while, it paints a lovely picture of the unrushed pace of this village, seemingly caught in time decades ago. 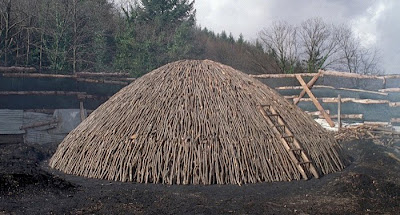 We begin by following the goat herder through his daily paces - from the fields to his makeshift pen outside his home. He's aging and has a constant cough, but does his chores without fail. One of these tasks is to bring fresh milk to the local church in exchange for recently swept up dust from the floor. At bedtime one night, he realizes he has lost his day's payment and attempts to go back to the church. It's sealed up tight, though, and so he must go to sleep without his nourishment and ends up passing away the following morning. His body is entombed and from the darkness of his resting place, we cut straight to the live birth of a goat that signals the beginning of the next stage. The following 20 minutes or so are much more of a nature documentary as we follow the little baby kid through its instinctive first steps, daily feedings and playtime with the other youngsters (a wonderful extended game of king of the castle is a delight to watch). Nature can be cruel though - our little baby kid gets separated from his herd and, as his bleats sound ever so much like calls for Mommy, he wanders through the forest until he comes to rest at the foot of a tall tree. As the little goat shivers in the night, we realize that he's found his own final resting place and that we've reached the next stage as the tree itself becomes our next focus.

The film is without a single word of dialogue or any soundtrack - it simply doesn't need it. There is plenty of music to be found in the cacophony of goat bells as they wind their way from the village and from the jangling of the half burnt pieces of wood that have been turned into coal. The howling winds are ever-present as is the ominous thumping from the piles of burning wood (covered by hay and dirt to create an oven of sorts - the sequence where we see this device created is quite amazing). In the film's funniest and most impressive sequence, a single shot is used to swing between a procession re-enacting Romans leading people to crucifixions and a dog who causes a truck to crash through the goat pen (which then allows the animals to wander about the village). Why would you need anyone talking through that? The film certainly is slow - its pace about the same as life in the village - but its many gorgeous shots of the mountainside, the treetops swaying in the wind and the rest of nature going about its business are really a wonder to behold. The tree we encountered earlier gets cut down by the village as part of a festival (it's erected in the town square, prizes are attached to it and people attempt to climb it), but it feels more like a celebration of life - in all its forms. 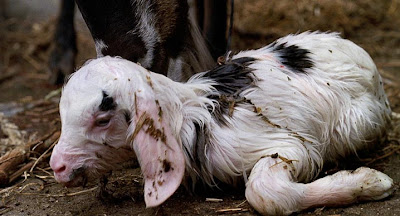 Hi, I just wanted to post a comment. Along with starting my own film blog on here, I've started looking for interesting blogs to read too and this one is great. Keep up with the quality.

I heard about this a while back, but after reading your review it sounds fascinating. I really hope it will get a release of some sort in the United Kingdom.