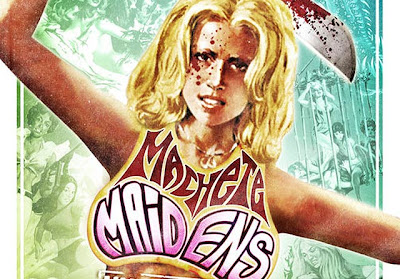 "Blood is not the only thing they suck!"
"They caged their bodies, but not their desires!"
"She's a one Mama massacre squad!"
"They're over-exposed but not under developed!"
"Their guns are hot and their bodies are hard!"
"Filmed in Slimerama!"

Blood. Breasts. Beasts. Interested yet? If that and the above tag lines don't tickle your fancy than perhaps the documentary Machete Maidens Unleashed is not for you. However, if you can see the humour in these attention-grabbers, you'll likely have a great deal of fun with Mark Hartley's (director of ozploitation documentary Not Quite Hollywood) look at an era of low budget exploitation films made in the Philippines. Like his previous film, it's a mostly fast-paced overview of the silliness of these old B-movies (made mostly for consumption at Drive-Ins from the late 60s to the early 80s) and the stories behind the making of them. It also manages to inject some fascinating information about the era, the nation of the Philippines and the nature of the film industry at the time. How's that for added value?

The movie titles alone should be enough to get across the type of films were dealing with here: Mad Doctor Of Blood Island, Savage Sisters, Student Nurses, Cover Girl Models, T.N.T. Jackson and Humanoids From The Deep were all made at rock bottom prices in the south seas. The primary reason for choosing this filming location, of course, was the incredibly cheap price of production and labour, but side benefits included stunt men who would literally do anything, the absence of requirements for safety guidelines and the occasional assist (via equipment and troops) from the military. Apocalypse Now wasn't the only film that benefited from the government's willingness to court the money of film production teams. Roger Corman even admits that after he saw the bottom line "my scruples went away and I said let's do another". Corman wasn't the only eye looking towards the Philippines, though, as plenty of producers saw the benefits. These B-movies were staples of the American movie going experience at a time that drive-ins pulled in sizeable audiences. Of course, Filipino producers and directors were cranking out product for this hungry audience as well. One of their biggest successes (and an embarrassment to the government when it became one of the only films picked up for distribution at that year's Manila Film Festival) was For Y'ur Height Only starring pint-sized Weng-Weng as a James Bond style secret agent. 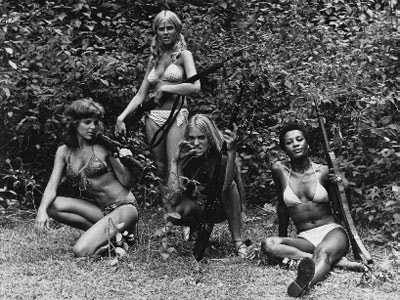 The film festival was the idea of Imelda Marcos, wife of president Ferdinand Marcos. Her role was to expand the cultural impact of the country and proposed the festival and a new film centre as one of the initiatives. There's the famous story of an entire floor collapsing during construction of the centre and Marcos, in order not to miss any target dates, ordering concrete to be poured over the wreckage before all the bodies had been removed (Marcos denies the story). It was indeed becoming a dangerous place to both live and work since martial law was in place and revolutionaries were taking up arms. Many of the films made there during that period managed to sneak in pro-revolutionary story lines into their women in jungle prison plots - and the government never seemed to notice. While the Filipino censors weren't paying attention, neither was the MPAA back in North America. The films were available to all audiences which, as one of the many interview subjects quips, afforded kids the chance to "see beasts rape naked tied-up Filipino girls."

Which brings up the question of the dual empowerment/exploitation aspects of the roles for women in these movies. The films were without a doubt exploitative - the stories weren't allowed to progress for more than 5-10 minutes at a time without a naked woman having sex, taking a shower or struggling against her chains. Preferably all three at once. Still, most of the actresses were happy to discuss their involvement in these movies. The roles for women at the time, particularly in the action genre, were few and far between - unless you wanted to play yet another hooker. The ability to play forceful women taking charge, escaping from prisons and firing all forms of weaponry was empowering (making this documentary's title quite apropo). These roles also didn't discriminate when it came to race. The Muthers, for example, famously had 4 black women in the lead roles. These movies weren't specifically targeted at regional or gender-based audiences. Try doing that today.

John Landis takes a turn as the excited geek this time around (fulfilling the role Quentin Tarantino took on in Not Quite Hollywood) and injects a good dose of energy and humour to the rapid moving proceedings. That pretty much goes for all the talking heads, though, as well as the clips, titles and soundtrack too. Director Hartley has unleashed yet another fun blast of a film for movie lovers. 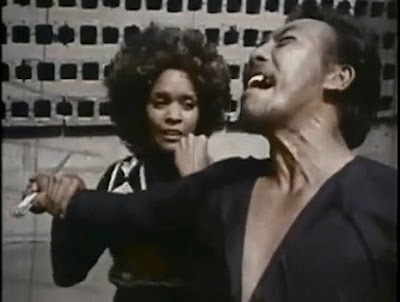