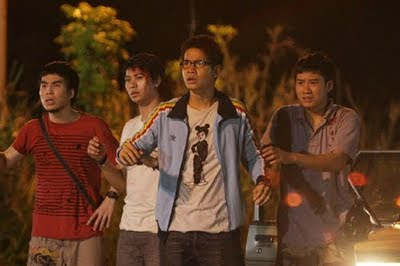 A sequel, of sorts, to an alumni of Toronto After Dark (2008's 4bia), this year's Phobia 2 not only replicates its progenitor's template of loosely related short horror stories by Thai directors (though this time consisting of five of them instead of four), it also engendered the same crowd reaction - pure joy.

Because of the original's success, there was already a buzz in the crowd before things even kicked off. Even more so due to word out of Fantasia (where it had just screened a few weeks earlier) that the 4 film geeks from the hands-down favourite story from "4bia", made a re-appearance in the final story of "Phobia 2". Now working on the set of a film, the four slightly nerdy friends find themselves working through very familiar horror movie situations and wondering how they should react (e.g. ghosts on a movie set, etc.). The entire short was a brilliant send up of horror movies while also taking advantage of all the tropes they were mocking. After Dark patrons were doubly thrilled to see that the on-set film being spoofed was a "sequel" to the great Thai horror film "Alone" that screened here a few years ago (and is still sadly missing in Region 1). Part of the joke is that it is totally ridiculous to make a sequel to that film, but they play off that idea wonderfully. It may be years before most people get a chance to see "Phobia 2", but I just can't risk ruining any more of what transpires in the closing chapter. Let's just say that the 25 odd minutes of this one section are 1) absolutely worth the entire price of admission for the film and 2) easily puts to shame any of the tepid "parodies" that have come out in North America over the last few years. 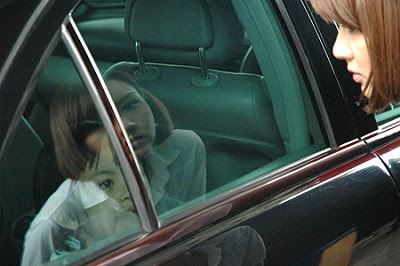 Remember though, there were 4 other short films that preceded that great ending. And each one delivers: A young man tempts fate against the tree spirits, another shares a hospital room with a corpse, two travelling Japanese tourists have terrible luck hitchhiking and an unscrupulous used car dealer gets some nasty comeuppance through previous owners of her refurbished vehicles. Some of the stories aren't necessarily breaking any new boundaries and occasionally feel a bit long, but for the most part they kept the audience engaged and just slightly on the edge of their seats.

Each segment had several great moments - whether they were jump scares (properly earned) or simply well timed reveals, these young Thai filmmakers seem to have a natural sense of how to construct their tales. They must also have a deep knowledge of horror - they mix in every trick in the book by using sound to fantastic lengths, lighting in subtle fashion and superb timing in their cuts (though as previously mentioned, perhaps pacing is the one area that could use a tweak or two). I fully expect that these guys will be writing their own chapters in the book of horror in the years to come. 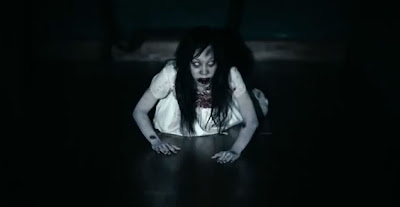