Day 1 of the 2010 edition of the Toronto International Film Festival is drawing to a close and here I sit typing up a blog post...No big deal though - my festival starts tomorrow as I have no picks on this shortened first day. That's not to say there's nothing worthwhile for the first day audiences - Legend Of The Fist: The Return Of Chen Zhen and Fubar II (kicking off the always entertaining Midnight Madness programme) look to be a great deal of fun and Charles Ferguson's documentary on the recent financial crisis (Inside Job) could be another winner for him. Godard's most recent Film Socialisme kicked off the fest earlier this evening - just the single screencap from it made me curious. 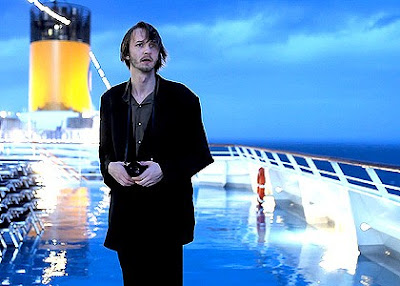 So I have to wait it out one more day...I begin in earnest tomorrow evening with 2 films and then the hard work begins - 33 more films over the following 9 days (taking the Wednesday off). Not bad, but a drop in the bucket of the over 300 showing (and not even close to the 62 one of my friends has planned). Still, I'm pretty happy with my picks. Here's what I chose in order of viewing through the week:


The Four Times - When I start a film festival, I just jump right in. Why not begin with existentialism? If the description "Inspired by Pythagoras’s belief in four-fold transmigration" doesn't grab you, how about "a genre-defying work of cinematic transcendence"? No? Well, I bet you're missing out.

Easy Money - There's something about Scandinavian films that keeps pulling me back to them at TIFF. This looks on the surface just to be another crime thriller with mob involvement, but I can't help feeling there's gonna be a little something extra.

Lapland Odyssey - A Finnish comedic road picture that is a "not-too-distant cousin of Fubar and Harold and Kumar"? Yes, thank you very much. 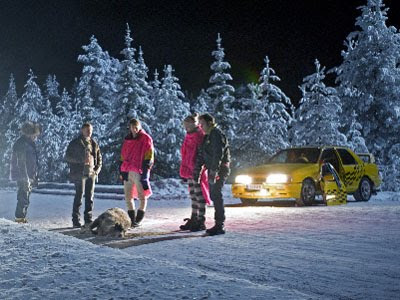 Marimbas From Hell - Sometimes you just have to throw caution to the wind and take some chances while picking films for a festival. Heavy metal marimbas is enough to get my attention to try this, but the additional point that this Guatemalan film is a mix of fiction and documentary seals the deal.

Viva Riva! - In the three minutes I have to get from my previous screening to this one, I jump from Guatemala all the way across the Atlantic to the Democratic Republic of Congo for a crime thriller centering on a secret cache of barrels of fuel.

A Useful Life - I'm a sucker for movies about movies and this one from Uruguay promises to be just that as a veteran of the local Cinematheque suddenly finds himself in the job market which necessitates that he interact with reality. 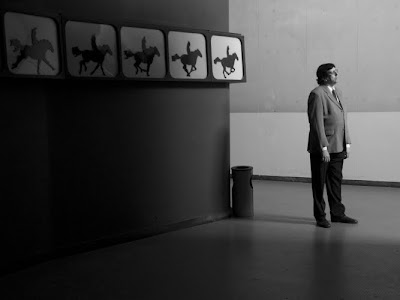 Crying Out - Quebec has long dominated the Canadian landscape when it comes to film and TIFF usually picks an interesting slate - let's hope this road movie with 3 generations of stubborn alcoholic men keeps the tradition going.

The Illusionist - Sylvain Chomet, director of the wonderful "The Triplets Of Belleville" tackles an old Jacques Tati story and brings it to life through his gorgeous animation. I cannot wait to let the rhythms, sounds and images roll over me.

Pinoy Sunday - I seem to be picking a lot of road movies so far...It's understandable, though, as it's sometimes the best way to quickly get a feel for a foreign land and its culture. This time, we follow two Filipino workers in Taipei as they attempt to bring a discarded couch back home. It's actually based on an old Roman Polanski short film. 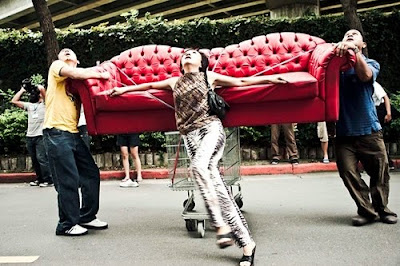 Mamma Gogo - A few years ago, two of my favourite films of the festival were Icelandic and ever since I've been rather smitten with the land and its small but amazing film community. This year's entry even throws in a film within a film and many allusions to movies. How can it miss?

Cold Fish - Sion Sono's previous film was the simply flat-out incredible "Love Exposure" which a friend of mine appropriately termed "bravura filmmaking". After that 4 hour extravaganza (which felt like about 2 hours), I'll watch anything Sono decides to tackle. It doesn't hurt that it's a true crime story about a tropical fish store owner who became one of Japan's most notorious serial killers. 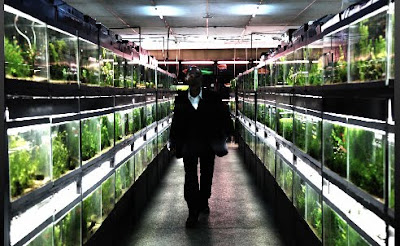 Vanishing On 7th Street - Brad Anderson's last foray into horror was the brilliant "Session 9" (which followed two wonderful and little seen romantic comedies), so he's already made a permanent home for himself on my "All I need to hear is the director's name" list. I'm not overly keen on yet another post-apocalyptic tale, but I have confidence in Anderson.

Home For Christmas - I missed Bent Hamer's last visit to TIFF (with "O'Horten") and had to catch up with it later. I won't make the same mistake twice.

Submarine - It's not that I don't like Wes Anderson's "Rushmore" (I really do), but I get nervous when other films are compared to it. The chance for overwhelming quirk and smarminess runs high. And yet, I think this Welsh take on "offbeat" could be a big winner. 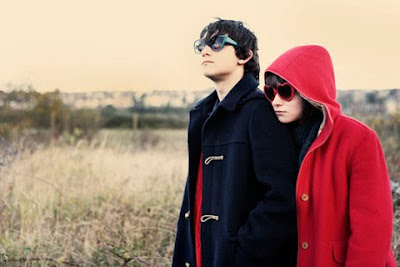 Soul Of Sand - This story of a watchman for an abandoned mine outside of Delhi promises to break with traditional Indian cinema and pull in characters from Film Noir while also referencing Bergman. Some initial reports weren't enthusiastic, but I'm sticking with the idea that the mix sounds intriguing.

I Saw The Devil - Having just caught up with Kim Jee-woon's "The Good The Bad The Weird" recently (and having had a ball with it), I was more than happy to hear about his latest being at the festival. If he can recapture the moodiness of the terrific "A Tale Of Two Sisters" with this tale of vengeance, I'll be even happier. 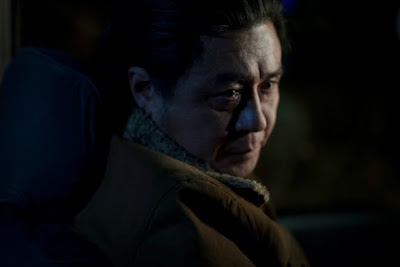 Insidious - I can take or leave James Wan's "Saw" (and haven't seen any of the sequels), but this creepy tale sounds like a perfect time to be at Midnight Madness.

Rare Exports: A Christmas Tale - More strange Christmas themed humour from Scandinavia? Yes. What of it?

Three - Tom Tykwer's latest is a...Wait, I just said "Tom Tykwer's latest". Why do I need to know anything more? Granted, I didn't get much out of his "The International", but everything else he has ever touched is excellent.

Detective Dee And The Mystery Of The Phantom Flame - Let's hope Tsui Hark's latest is just exactly what its title seems to promise.

The Butcher, The Chef And The Swordsman - Apparently the entire Midnight Madness audience will be going out for Chinese food after this screening due to its many scenes of delectable cuisine. Hopefully we'll all still be talking about the also promised many scenes of action and comedy.

Passion Play - OK, so I was sold pretty much on the single image provided from the film. I had no idea that Bill Murray, Mickey Rourke or Megan Fox were involved. I'm still not sure this was a wise pick. 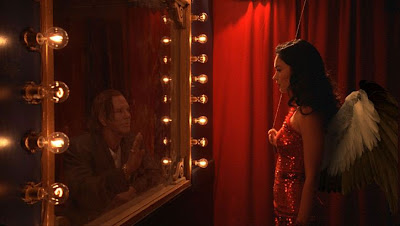 Blame - Having just seen the very good "The Square", I'm more than happy to take another crack at an Aussie Noir style film. Five people involved in what they thought was a murder begin to turn on each other. Things go bad.

Behind Blue Skies - More Scandinavian goodness (this time Sweden in the 70s). Deal with it.

Confessions - A huge hit in its native country of Japan, "Confessions" is a story about a teacher focused on getting her revenge on the two people who killed her daughter - two of her own grade 7 students. 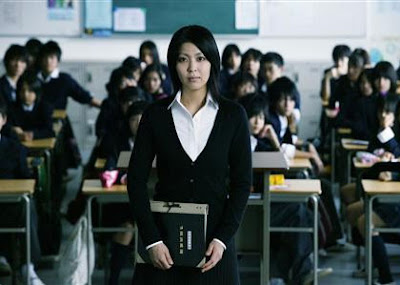 Womb - If you thought the movie "Birth" was playing it close to the edge regarding the love between a woman and a young boy, then "Womb" might push you right over. A woman is impregnated with her dead lover's genes and gives birth to his clone. I'm already pretty uncomfortable - so this should make for an excellent sci-fi type tale.

Dirty Girl - Total last minute pick in order to find something in an available slot. But it's another road movie, so it must be good, right?

22nd Of May - Victims of a tragedy begin to "visit" one of the survivors. Should he have made more of an attempt to rescue them? 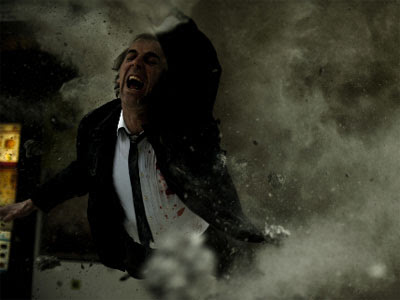 Break Up Club - I like the fact that the director is a former documentary filmmaker for this romantic comedy as it should give us a clearer picture of the flawed characters.

Julia's Eyes - I was one of the few that didn't quite go gaga over "The Orphanage" when it came out several years ago. It wasn't a bad film, but I never thought it worked hard enough to get the shocks it put on screen. Here's another of Guillermo del Toro's productions (and discoveries in the form of the director) starring Belen Rueda who also just happened to star in "The Orphanage". Second time's the charm right?

Make Believe - My son's inaugural visit to the festival, this documentary about teenage magicians competing for the title of Teen World Champion Magician should be right up both of our alleyways.

Fire Of Conscience - I've been burned before with Hong Kong action films - there's typically a great deal to love about them, but also a great deal that is difficult to get past. My tempting of the fates continues with this latest entry. 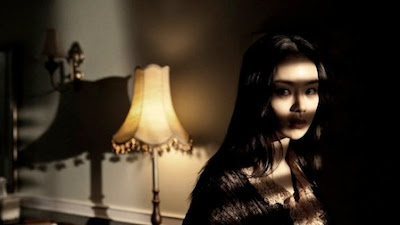 Balada Triste - A parody of the Spanish Civil War with clowns? How better to wrap up what I hope to be a fantastic festival.
Posted by Bob Turnbull at 23:50

Apperently the Godard flick played without subtitles and a lot of people walked out.

Heh, I just finished (like JUST finished) watching Matt Price's mini videocast about it. Sounded like a bunch o fun. I understand French, but I'm getting the feeling that it wouldn't have mattered...

Fortunately I had better luck with my first two films tonight ("The Four Times" and "Easy Money") - neither great, but both with a lot to like.

When I first read the description of Pinoy Sunday a few weeks ago, it seemed like a variation of Two Men and a Wardrobe. I wonder if that has been acknowledged by anyone involved in the making of this new film?

And have a good time. Looking forward to your posts on the films.

Hi Peter...I'm pretty sure the filmmakers know and state this as the official description of the film in the TIFF catalog namechecks Polanski's earlier work. I'm seeing it in 7.5 hours, so maybe they'll explain the inspiration.

I'm psyched for The Illusionist which I'll be seeing in 4 hours. I need to be careful not to build it up too much in my mind, but how it possibly be anything but glorious?

I'm so incredibly jealous of your schedule right now.