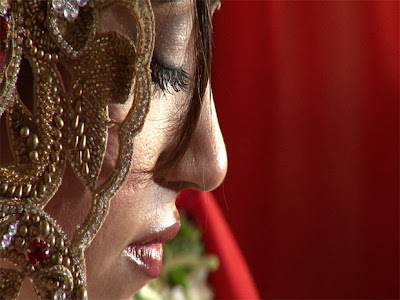 Love Arranged (2011 - Soniya Kirpalani) - The concept of an "arranged" marriage may seem completely strange to some people, but it depends on your approach. For the two young but modern women who are the focus of Kirpalani's hour-long documentary, an arranged marriage (or at least the process of being presented possible suitors) can be viewed as less of an emotional minefield than the dating scene and much more efficient at pruning out the dregs to find the safe, eligible candidates. One of the two is focused on her business and her partying with friends while the other is much more quiet, reflective and logical. They both find that there is still a great deal of "old ways" thinking in current day India (regarding castes, lightness of skin colour, etc.), but decide to push through to see what awaits them. Even though the film only has two focus people, it really could have used some tightening up (in particular when it came to the self-involved women's own problems and ideas), but also could have benefited from further expansion of wider issues, historical reasons for the process and other modern viewpoints. 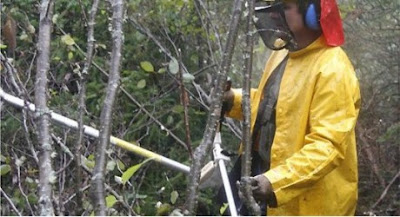 The Lumberfros (2011 - Stephanie Lanthier) - The brush cutters of Abitibi (in northern Quebec) lead pretty simple lives - cut during the day, back to the barrack-like trailers at night. Repeat. They are each given specific parcels of land from which they need to clear undergrowth to allow easier access for lumber cutting and use heavy hand-held motorized tools through their long working days. It may not sound like a thrill-a-minute experience watching them and initially I thought the same thing, but the film grows on you...Specifically because of the people. The term "lumberfros" actually designates foreign workers who take on these jobs and we meet several of them from Africa, Eastern Europe and Asia. They all have interesting stories and views on the work and strangely mix well with the Quebecois old timers (whose stories are equally interesting). The boisterous young African with the infectious laugh has big life plans, but many of the other men are content just to have work to support their families back in the city (typically in Montreal). A far better film than I had any right to expect and an interesting slice of life I had no idea existed. 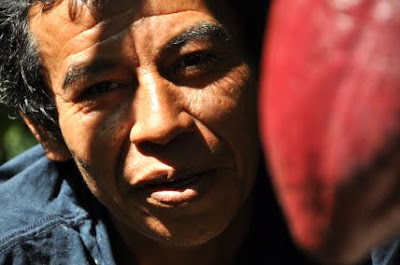 The Chocolate Farmer (2011 - Rohan Fernando) - Through the life of one cocoa bean farmer in Belize and his large family (the number of children he has is easily into the double figures), this National Film Board of Canada feature shows how the encroaching culture of the "Western" world is changing long held ways of life. The farmer loves his work - in particular he loves his forest and the ability to spend so much time with nature every day. His kids aren't quite as interested, though, as he tries to get his sons to follow him and works on marrying off his daughters. It's hard to choose the most interesting aspects of this fine film - watching the choices of his kids as they realize there's a whole other world out there or learning the secrets of a rainforest farmer.
Posted by Bob Turnbull at 23:29