One Of Those Moments - "Kes" 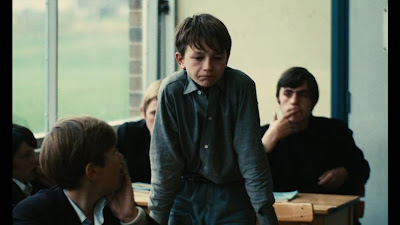 I posted the following on Rowthree as part of its Finite Focus series and thought it might fit nicely with my own "One Of Those Moments" posts.


Suppose a man has a hundred sheep. lf one of them strays, does he not leave the other 99 on the hillside and go in search of the one that strayed? And if he should find it, I tell you this, he is more delighted over that sheep than over the 99 that never strayed.


The bible passage above, as spoken by a young girl at a school assembly in Ken Loach’s magnificent film Kes, is pretty straightforward in its message: embrace those who are different and who wander away from the expected. It’s a shame none of the adults in the movie actually pay attention to it and quite ironic that they spend a great deal of the time bemoaning how “these kids” never listen.

Every single adult – parent, teacher, boss, social servant, etc. – appears to obstruct the children from pursuing their own paths. They berate them constantly, push them towards the same dull existences they were forced into and seem to demean them at every turn. The assembly scene is a precursor to the school’s principal admonishing a group of boys (most of them innocent) for various “crimes” and, before caning them, essentially telling them all that they are worthless and that it is pointless for him to even try talking to them since they never listen. It’s comical, yet very sad due to the very realistic style of the movie and the picture it paints of the working class of 1960s England.

It’s the scene that follows this, though, that is one of my favourites of the film and one that shows that you can occasionally find hope (even if at some point it may be dashed) in dire circumstances. The titular character of the film is actually a falcon (a kestrel to be precise), but it is his owner, the young schoolboy Billy Casper, that is the focus. Picked on by just about everyone and having just come from his own caning (simply for having fallen asleep at the assembly due to his early morning chores), Billy is pulled into his class’ discussion about “Fact And Fiction”. His teacher Mr. Farthing is asking students to define what a fact is and to tell the class a factual story or event that occurred to them. Catching Billy not paying attention, he singles him out and appears to be yet another adult trying to assert his control.

You’re going to tell us a story about yourself.

I don’t know any sir.

His classmates, fearing they will all suffer if he can’t come up with a story, inform the teacher about the hawk. Gradually, Mr. Farthing coaxes out the details of the bird, Billy’s care of it and what he has done to train it.

Are you gonna tell us about it? How have you trained your hawk? 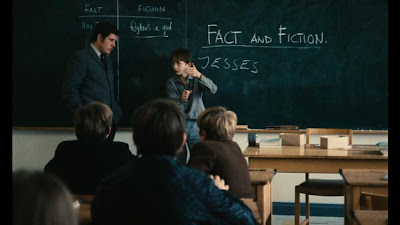 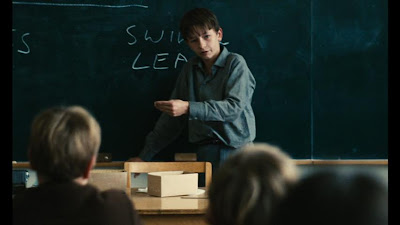 Billy begins to open up as Mr. Farthing has him come to the front of the class and write on the board some of the terms he uses when describing the training methods (“jesses”, “swivel”, “leash”). It’s at this point that you realize his teacher is different – he sees a light in Billy, he knows he’s different and he’s trying to find a way in to encourage him. While the class listens quite attentively (they even ask questions) to his gradual training methods and how he would slowly expand the distance his feathered (but tethered) friend had to fly to his food, Billy begins to describe the most exciting facet – the first free flight he allowed Kes. In a breathless tone that only young kids can really get away with without appearing to be overly dramatic or succumbing to exaggeration, Billy keeps his audience (both the class and the viewers) on pins and needles as he describes how he “were terrified” to let Kes roam free. After putting it off for awhile, he got mad at himself and realized that he had to just let Kes go and see what happened. He follows this thought with a wonderful tale of the first flight:

I saw her flying. She came like a bomb. About a yard off the floor, like lightning, head still, and you couldn’t hear t’ wings. There weren’t a sound from the wings – and straight onto the glove – Wham! And she grabbed me for t’ meat.

Billy finishes by saying “I trained her sir and that were all I could do”. There’s no posturing, no great big grin to his classmates, no great finale. He finishes with more of a whisper than anything. It’s all a sharp contrast to pretty much everyone we’ve seen previously – in particular, his bullying physical education teacher (who boasts of his soccer skills and punishes Billy for letting a goal in). It’s a terrific scene that puts a smile on your face and grants some possibilities for Billy. A later scene which shows Mr. Farthing watching Billy fly Kes and then joining him in the bird’s shed is equally as wonderful. Kes is beautiful – just as gorgeous sitting on a perch as he is in full flight. As Farthing says, it’s almost as if we have an instinct to give it respect.

However, this is 60s working class England and Loach doesn’t want to leave you with too much hope…The very next scene after Billy’s classroom tale has a much larger boy taunt him in the schoolyard which leads to a fight between the two – it’s as if the kids realized he had an upper hand on them. Billy actually had something he was good at, enjoyed and made him happy. How dare he. He had to be reigned in, controlled and brought right back down into the mud and filth (they end up fighting in a pile of coal). Just like the rest of the adults treat him. Sobering, but a truly fantastic telling of a great story. 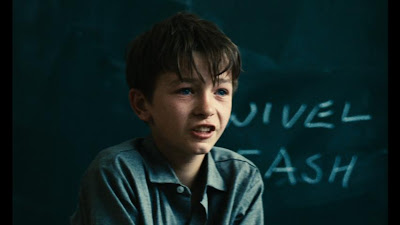 Email ThisBlogThis!Share to TwitterShare to FacebookShare to Pinterest
Labels: One Of Those Moments

Let me know what you think when you've seen it. It's certainly a grim and gritty tale, but those few scenes just added such a great deal of joy - if only temporary.