The 8th edition of Toronto After Dark starts in just a few days and will run from October 17-25 in its new home: the Scotiabank Theatre. The programming team have once again scoured the face of the Earth and assembled 19 feature films (with Canadian shorts before each one) and an entire screening of International shorts. This means Horror, Fantasy and Sci-Fi fans will have plenty to feast on during the 9 nights of the fest. The unknown factor this year will be how the festival will work within the confines of a large downtown movieplex. Scotiabank will still be operating its other theatres normally and running its usual fare in them. In years past, TAD had full run of the theatre it inhabited, so we'll see if that great community vibe the festival has always put out can continue. I'm confident it will.

I promised myself last year that I'd skip any of the festival trailers and go into each film with almost zero knowledge (except for the brief synopsis on the web site and anything I may have previously heard). It seemed to work pretty well for me in 2012, so I'm using the same tactic this year. Every film has a trailer at the Toronto After Dark site, so if you want a quick taste of the lineup by all means go there and watch. They've even provided a full playlist of all the trailers, so don't say they never do anything for you.

The site has provided a PDF of the lineup and schedule as well as a longer rundown of it. Here's a quick summary from my point of view (quotes in italics are taken from the After Dark web site): 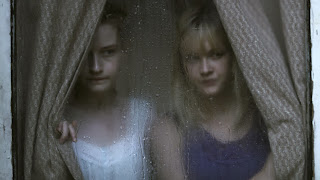 We Are What We Are - I've been meaning to catch up with the original Spanish film from 3 years ago, but still haven't got 'round to it. Apparently Jim Mickle's (Stakeland) version is something a bit different though, so hopefully the story of a family trying to keep their "tradition of consuming human flesh a secret from their increasingly suspicious small town neighbours" has enough legs to withstand two different views of it. 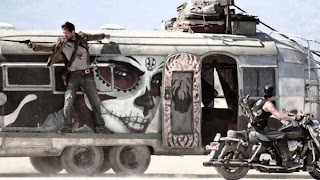 Bounty Killer - "MAD MAX meets THE GOOD, THE BAD AND THE UGLY". Yeah, that sounds like marketing overkill to me too, but the concept of rival bounty hunters in the future has its appeal. Also, I've aways liked Alexa Vega (even in crappy films), so we'll see if there's enough here. 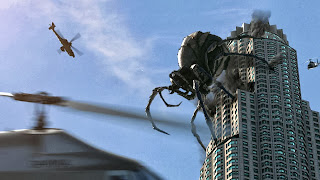 Big Ass Spider - I don't even need to quote from the preview - just look at the title! Let's hope they know how to handle the obvious humour at play. 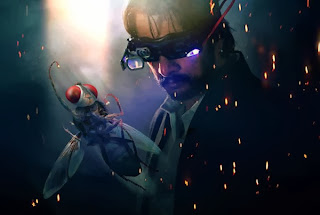 Eega - "...about a murdered man who gets reincarnated as a housefly and sets out to have his revenge...". Yeah, you definitely want to see this now too. 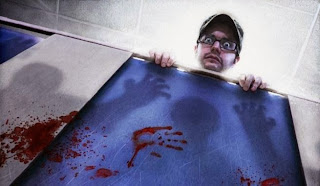 Stalled - "A down on his luck maintenance worker finds himself trapped in the washroom during the Zombie apocalypse". The premise has potential - I mean there's always room for another Shaun Of The Dead in this world - but you better have the chops to avoid easy jokes and keep surprising the audience. I'm oddly optimistic about this one. 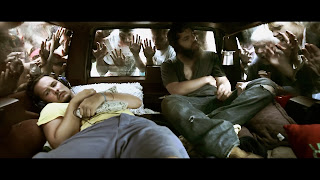 The Battery - Let's hope that this "fresh take on a zombie movie" is indeed that. Otherwise, the only distinction it will have from other fight-the-zombies-in-a-post-apocalyptic-world is that the two central characters are former baseball players. At the very least, it should be good fodder for the Zombie Appreciation Night crowd. 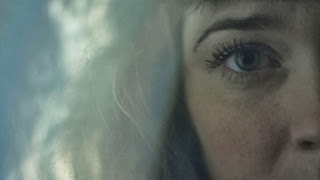 Silent Retreat - The first of two World Premieres at this year's festival, this "this frightening tale of a rebellious teenager who gets sent to a strict rehabilitation camp in the woods" promises a scary creature as the guard keeping the campers in line. I'm always on the side of the small film making its world premiere, so let's hope a sizable crowd comes out on a Sunday afternoon (this one has a 4:15 PM start). 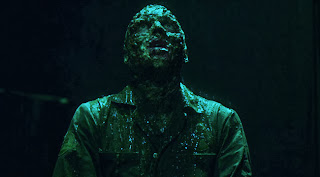 Septic Man - "From the twisted mind of celebrated writer Tony Burgess (PONTYPOOL)...". The title may not inspire, but if the writer of Pontypool is on board, who am I to say no?

Motivational Growth - "Then the mold starts talking...". At the very least, that statement has got to get your attention. And with Jeffrey Combs voicing said mold (which has begun to grow inside a depressed man's apartment), you might even pay some attention. 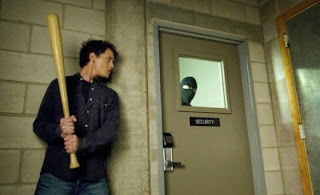 Odd Thomas - With some of the biggest names of the festival (Anton Yelchin, Willem Dafoe, director Stephen Sommers and based on a Dean Koontz novel), this story of a young man's encounter with "a mysterious man with a link to a darkness that threatens to destroy the people around him" could be an early sell out.

Solo - I'm always up for a "suspenseful horror-thriller", so I'm hoping this story of a teenage girl forced (through an initiation) to spend two nights alone on a remote island (where campers have previously disappeared) can bring the tension.

Last Days On Mars - The first of two back-to-back sci-fi films sports a pretty decent cast (Liev Schrieber, Olivia Williams, Elias Koteas) and a decent hook: "a deadly strain of bacteria discovered in the Martian soil that begins to infect a group of astronauts, turning them one by one into blood-thirsty zombies!". There's big potential here. 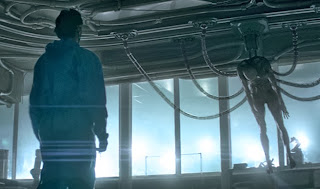 The Machine - The plot about a "conflicted scientific genius trying to make the perfect female android" doesn't sound overly original, but word is this is a great looking film with a very definite feel to it. I'm just going to assume the word is correct. 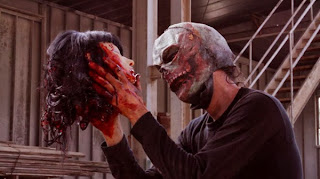 Found - "An award-winning coming of age movie about a shy, bullied 12-year old who takes refuge in horror movies, only to see his life turn into a horror story...". So what happens when you realize your older brother is a serial killer? Apparently things get gory.

Evil Feed - The second World Premiere promises it is "a one-of-a-kind horror-action-comedy about a sinister Chinese restaurant that kidnaps martial artists off the streets, forces them to fight to the death, and then serves the loser up for dinner to paying guests!". I'm less excited for this one given the concept, but no less hopeful and committed to supporting a Canadian film making its bow. 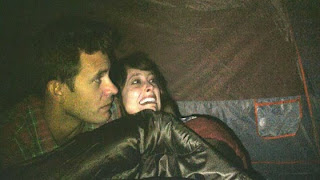 Willow Creek - "A scary found footage film from acclaimed filmmaker Bobcat Goldthwait...". Even I might have reached my limits of found footage by now, but if Goldthwait can eke out some scares from the crowd, it could be a fun screening. 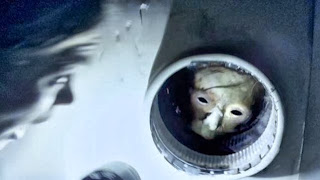 Banshee Chapter - "A scary horror thriller about a young reporter in search of her missing friend...". Love the title and the screencaps, so it immediately becomes a "most anticipated". 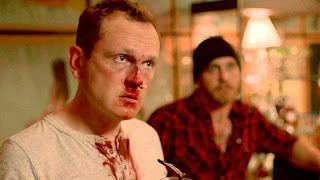 Cheap Thrills - "A recently unemployed dad, tries to pay off his debts by performing an increasingly risky series of dares for a wealthy thrill-seeking couple". I'm not sure I would've been overly excited by this concept except for : 1) it played very well at Fantasia this summer and 2) it stars David Koechner. And so now I'm excited. 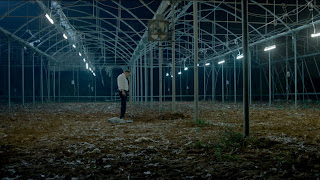 Big Bad Wolves - "A brilliantly constructed, award-winning, gripping crime thriller that deftly blends elements of horror and dark comedy". OK, I know that festival blurbs can't be trusted, but when you put that kind of tag line on your closing film, I can't help but be at least a little anxious to see it.


The lineup is an unknown quantity to me, but I have pretty decent faith in the programming team given their past record. A quick top 5 most anticipated would look like this:


And don't forget the Pub After Dark - in its own new home of The Office Pub - after every evening's last screening. The pubs get better as the week goes on and always have some of the filmmakers hanging out. This year's festival has crept up on me, but I'm ready to take it on. Again. For the 8th time.
Posted by Bob Turnbull at 02:33