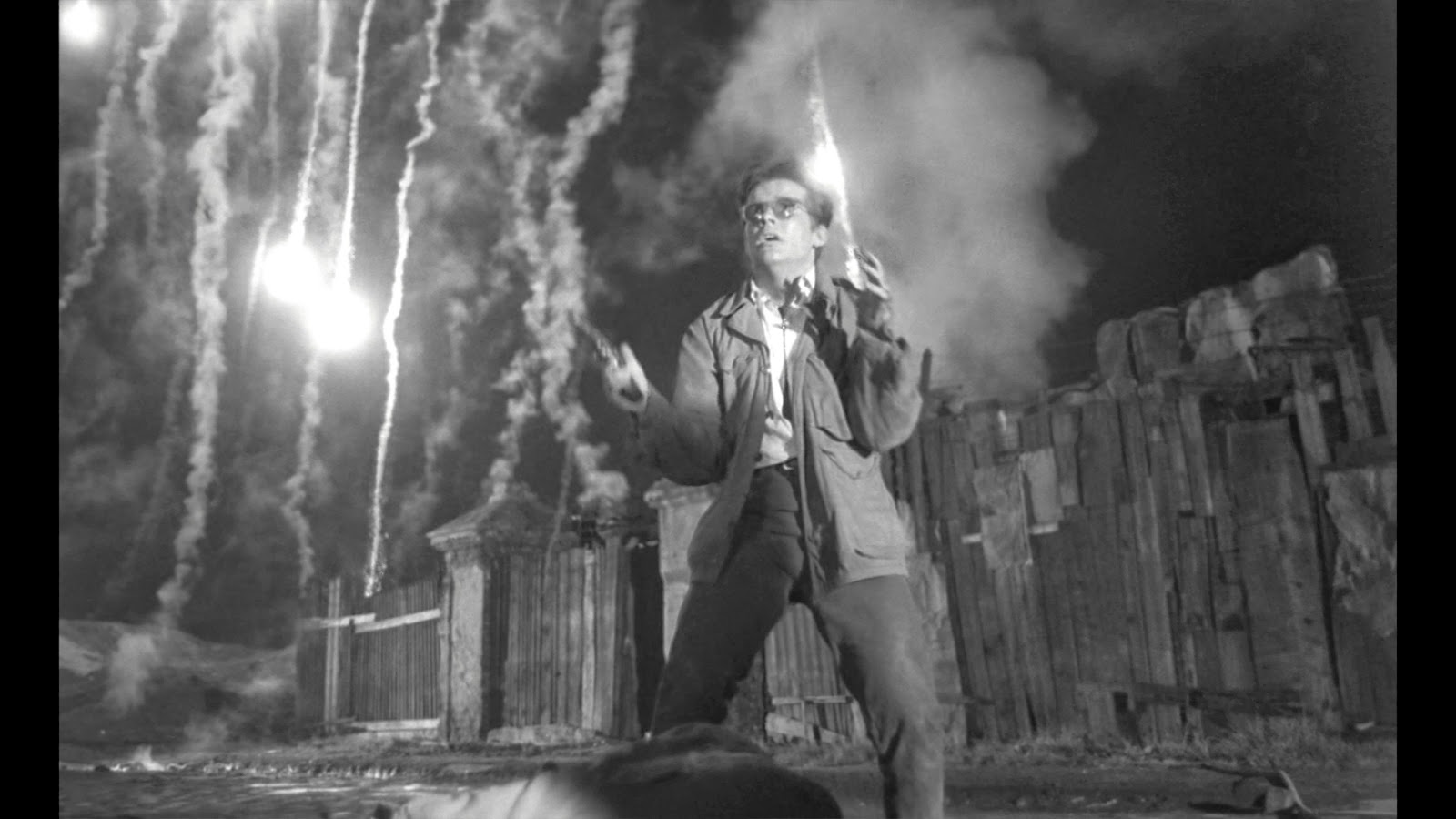 Just like the year before, my quest to do monthly Blind Spot posts came up just a bit short - counting yesterday's post as part of last year's set still left me one shy of an even dozen. That's OK though...And since I watch 2 per month to bundle into a single post, I still managed to see and jot down a few things about 22 movies that have been stalled on my "To Watch" list. Also, the vast majority of what I saw was well worth the wait and confounded expectations that had been in place for years. Even the ones that didn't gave me something to consider. So this whole idea behind the Blind Spot series (kicked off 2 years ago by top notch Toronto blogger/writer dudes James McNally and Ryan McNeil) is perfect for me - it pokes and prods us into finally getting around to those films that we not only feel are classics we should see, but are ones we really want to see. In other words, it helps push slackards like myself to get to those titles that have sat unseen.

I'll probably try to write some shorter posts this year since one of my big stumbling blocks is approaching a task of writing and then finding it a bit daunting. If it becomes a chore, then I probably shouldn't be doing it. We'll see how that plays out, but I'm hopeful I can actually stay with it, see all 24, capture a few of my thoughts on a monthly basis and actually submit them on time too (each Blindspot post is "due" the last Tuesday of each month). I really have enjoyed the process of finding commonalities and differences between the movies in each paring and have definitely hit some surprises along the way, so I expect more of the same.

So here is my initial cut at the parings I'm looking at for 2014. Of course, I reserve the right to scrap them and alter my choices based on nothing more than a whim...

One of the pairings I didn't get around to last year, so let's give it another shot. Almost 65 years separate these two stories of women and their sacrifices - it just takes one of them exactly twice as long as the other to tell its version.

The other pairing I didn't do last year was Best Years Of Our Lives and From Here To Eternity since I replaced them with a couple of Westerns. On rethinking that skipped pairing for this year, I still want to get to Best Years, but this time out I thought I would match it up with another post-war story. I'm expecting the view from Poland to be in sharp contrast to the one from the U.S. though. 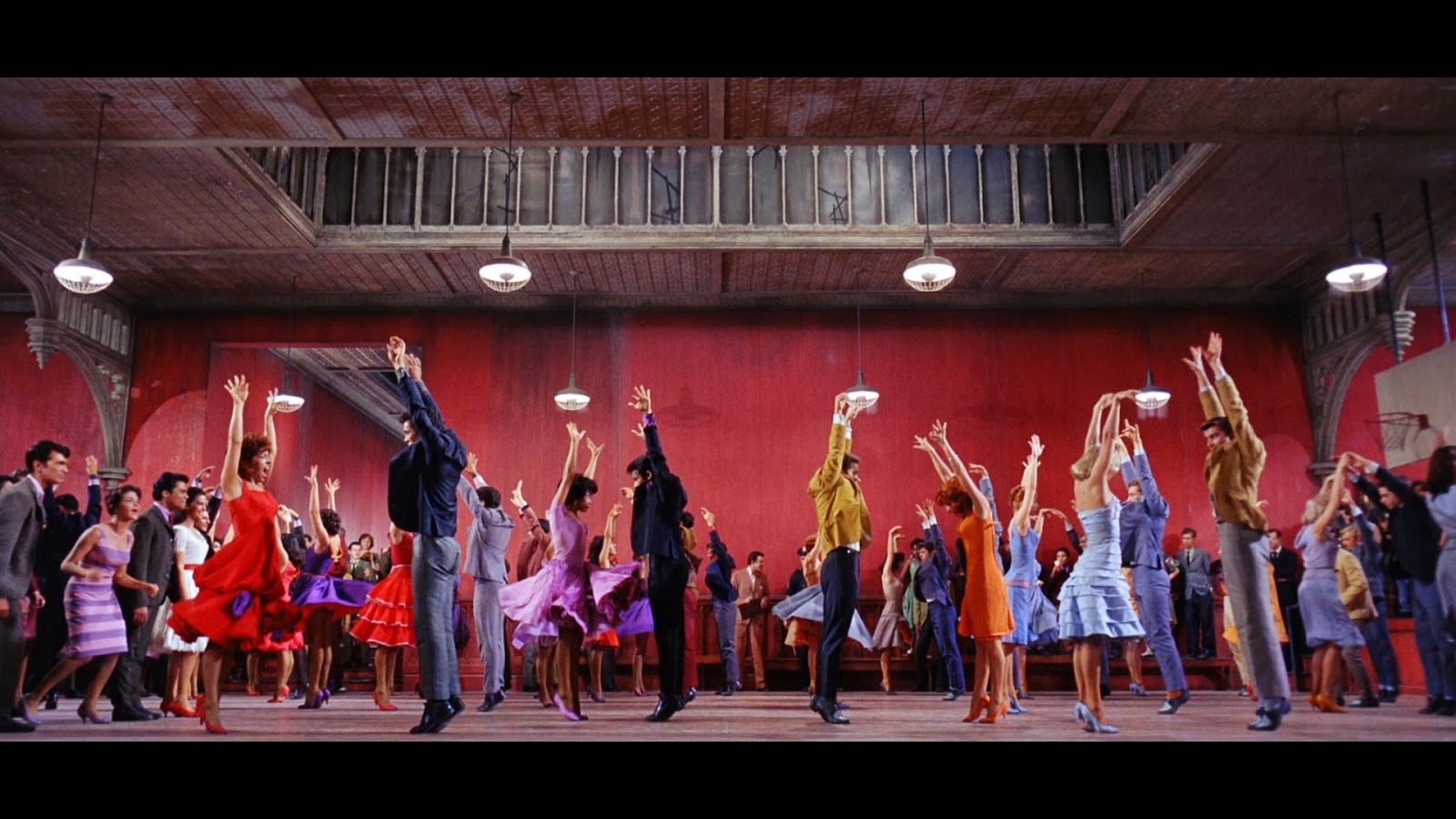 Busby Berkeley's flights of imagination seem to be a good match for the colour and choreography of West Side.

It took awhile for bigger budgeted American films to recognize the Vietnam War, but when they did there was a plethora of titles that rolled out. Here are two of the more well acclaimed ones.

Temptation and sin. This struck me as a decidedly interesting combo.

Late 70s kung-fu is still a sadly unexplored region of film for me. I've seen a few - some epic and some plain silly - but I'm hoping these two hit the spot nicely.

I'm still surprised at myself for not having seen this particular Marx Brothers film. I think it's because it marks the transition to their latter period where they lost some of the spark of their earlier films. I fully expect this to be of equal caliber to those first anarchic comedies, so who better to pair up with the brothers than W.C. Fields.

Surrealism, fractured timelines and a world of confusion await me here. I can't wait.

Brother against brother, husband versus wife - let's see how these family battles turn out.

OK, I'm getting a little lazy in my matchups at this point by simply picking two Sam Peckinpah Westerns. I don't care - I've been meaning and wanting to see both of these for years. Even if Sam isn't my favourite filmmaker, I have always found his choices to be interesting.