One Of Those Scenes - The Pool Party in "Boogie Nights" 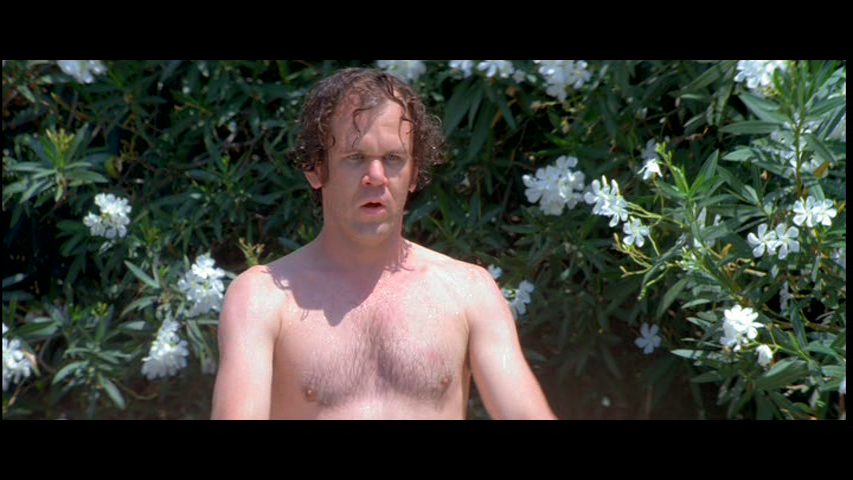 Whether you want to call it homage or straight up borrowing, P.T. Anderson's great Boogie Nights certainly shows off its influences. Altman and Scorsese figure prominently, but another inspiration is Mikhail Kalatozov and his film I Am Cuba (which also happens to be a big Scorsese favourite too). Aside from being drop-dead gorgeous and a remarkably poetic piece of propaganda, I Am Cuba is known for several incredible long takes that, as it celebrates its 50th anniversary this year, will still take your breath away. One of them starts 2 minutes into the film as a camera roams through a decadent hotel party and bathing beauty contest, moves down several stories, through a crowd of people and into the water of a pool to capture the swimmers under the surface. Anderson states in his commentary on Boogie Nights that they not only wanted to try the same thing, but have the camera come out of the water too.

It's a showy scene for sure, but it also ties together numerous threads and characters from the story and emphasizes how these lost souls are all together in this porn "family" - whether as complete avoidance of the real world or as a temporary waystation. We see Buck Swope's (Don Cheadle) search for an identity continue as well as Maurice TT Rodriguez's (Luis Guzman) pleading to Amber Waves (Julianne Moore) to be included in one of their films. Midway through the scene, Buck and Maurice go inside the house together as the camera picks up another character, but we reconvene with them a few minutes later in another scene that closes on Amber's newly discovered fascination with Eddie Adams.

My favourite part of the party scene, though, is the last part of the clip above and comes right after the first cut that follows the long take into the pool. Eddie (who hasn't yet become full blown pornstar Dirk Diggler) is asking his new buddy Reed Rothchild if his just completed pike dive into the pool looked awesome. Reed is looking to play a mentor role for the young lad and decides to reign in his confidence a bit. "I'll show you what you did wrong." Reed lines up a full flip, but only manages about 75% of it and lands flat on his back. As Eric Burdon and his sexy sounding female vocalist continue to pulse on the soundtrack, there's a great edit underwater to Reed's pained expression as he slowly floats to the surface with his back arched. It's one of the funnier moments in a film teeming with them (as much as it's also terribly dark at times), but it serves a purpose too - once Reed pops above the surface and Eddie says "You gotta brings your legs all the way around!", that mentoring relationship has ended. Reed's final "I know...I know.." comment is a realization and acceptance that he'll be playing the supporting role to the star that Eddie will become.

Once we see Amber hoover a line of coke and then gaze intently at Eddie landing a full flip properly (in slow motion of course), we are fully prepped to dive headlong into the downward spirals that lie ahead. 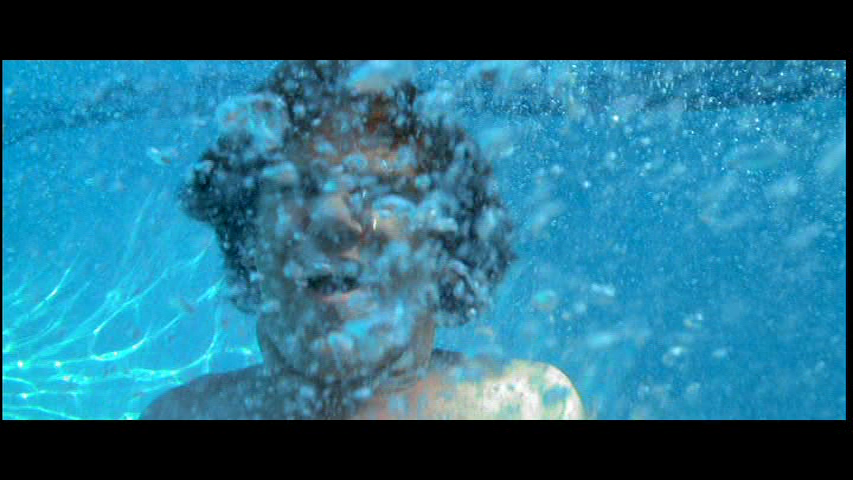