"Beauty Day" opens with a most decidedly not-beauty moment for Ralph Zavadil (otherwise known as Cap'n Video). As his camera rolls and documents yet another of his solo "stunts" for his cable access show, the jovial Cap'n (looking like David Lee Roth after a week-long bender) launches himself off a high rung on the ladder he's propped up against his fence. The plan is to plunge right into the middle of his tarp covered pool to demonstrate a new way of opening it for the season. As the 14 year-old videotape footage shows, things go horribly wrong - the ladder yields from Ralph's push off, he drops short of the pool and lands square on his neck on the concrete breaking 2 of his cervical vertebrae. "Unfortunately, I didn't think it through all the way" says current day Zavadil - not with any bitterness, sadness or regret in his voice, but with the self-deprecating tone of someone telling a really good story to his buddies. Of course, when you're wearing what appear to be reindeer antlers with multicoloured headlamps on them, you need to make sure you aren't taking yourself too seriously.

So why has director Jay Cheel decided to focus his feature length debut on the star of a decade old cable access show from St. Catharines, Ontario who sounds like a bad impersonator mixing French and Newfoundland accents? You can certainly see the initial appeal - Cap'n Video was a staple of the TV diets of teenagers in St. Catharines in the early 90s (a "Jackass" show before "Jackass" existed) and that failed stunt gave him world wide attention (a "Real TV" segment, Japanese TV, talk shows, etc.). However, there's got to be more than just that, right? You bet there is. As with many of the best documentaries, the people themselves become just as fascinating as the central storyline. By the end of the film, I had not only become somewhat attached to Ralph and his friends and family, but quite disappointed that I couldn't spend more time with them. They are interesting, funny and show a great spirit towards how they live their lives.

By folding in the old video clips from the Cap'n Video shows with present day footage following Zavadil through his daily paces, interviewing him and others about his life and tracking his attempts with his best friend Robert to put together a 20th anniversary show, the film does a tremendous job in slowly pulling us into Zavadil's world. There's no mean-spirited tricks up his sleeve in such stunts as "rooftop tobogganing" or "clothesline skiing" - all his "skits" were about goofy fun and being inventive. Granted, "chocolate covered puppies" was probably not his best idea, but it's easy to see it was simply a lapse in judgement and nothing more. As Robert says "I don't know how much thought he put into these things". He chuckles about this, but actually shows some sadness at missed opportunities - a bit more effort, money and help may have given Cap'n Video more polish and more attention. That's not Zavadil's way though. Since he beat cancer at an early age, his viewpoint has been to live life large and day-to-day. As his father did, he spends his days "just given'r".

There is a strong sense of detail in the film. Cheel (who also snags writer and editor credits) gets acquainted with the environment of these people and focuses his lens on things like Zavadil's Mom's cookie tray or Robert's glass artwork along with, of course, some of Cap'n Video's more interesting gadgets and methods (e.g. using a couple of old VCRs to edit his show). Attention to detail also applies to pretty much every other aspect of the film. Director A.J. Schnack has long campaigned that documentaries shouldn't have to look bland or feel they should sacrifice or skimp on things like cinematography. A trip to a ferris wheel at dusk and a cruise up and down a beach with Cap'n Video and his homemade scooter are proof positive Cheel is solidly in Schnack's camp. They're both gorgeous scenes. Then there's the music: The Talking Heads' propulsive "Thank You For Sending Me An Angel" chugs through the opening credits and a checkerboard of video clips; Triumph's "Hold On" works perfectly as Zavadil's soundtrack as he goes to work (particularly when it increases in volume to make it feel like he's getting lost in the music and his own thoughts); Ohad Benchetrit's (from the terrific band Do Make Say Think as well as Broken Social Scene) original songs and music fit seemlessly into the whole.

It's a temptation to go for the obvious and mention it's a beauty film, but that doesn't do it justice. It's truly a wonderful, detailed and completely engaging character-based story. I can't wait until more people see it. 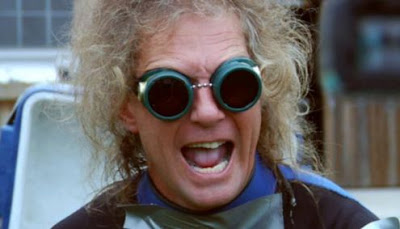 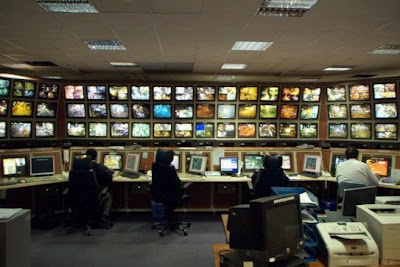 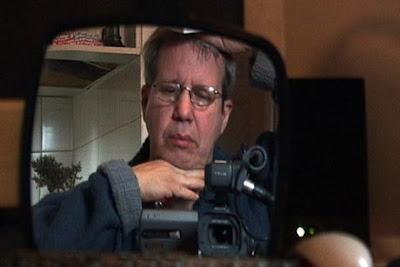 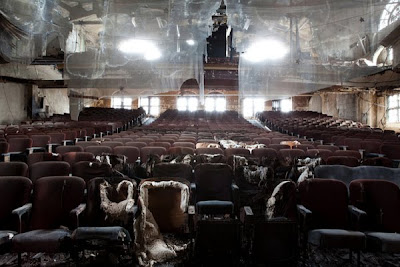 Buzzfeed.com has a lovely set of images of 75 Abandoned Theatres From Around the USA that has been making the rounds on my Twitter feed. It's a set that is at once gorgeous and depressing. You can't help but imagine the former audiences rustling in their seats or chatting away before a show or a movie starts - in particular for some of the theatres designed for plays (with the seats encroaching on the stage and almost swallowing it up).

You can also be forgiven if you happen to think you see a ghost or two roaming around the debris or, as the photo above brings to mind, actually becoming one with it.
Posted by Bob Turnbull at 12:05 No comments: 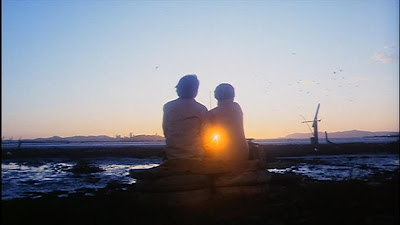