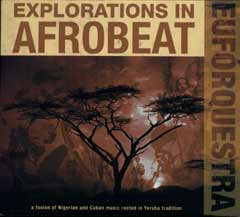 
Looking for more Afrobeat in a Fela Kuti vein but with a bit of a Cuban spin on it? Look no further then Iowa. Yes Iowa. Specifically Iowa City. These farmboys (I have no idea if they grew up on a farm or not, but they come from Iowa so isn't that a given?) put out some great driving rhythms that seem to perfectly blend the addictive shake of afrobeat with the hip swivelling dance of old style Cuban music. Long grooving tunes swamped with percussion of all types and sharp horn lines make this a supreme toe-tapper - I defy you to keep your feet still.


A few months back I read someone's list of great satires and searched out a bunch of their choices on zip.ca. First to arrive was "Little Murders" which I've talked about here before. Next were two disappointments: "Lord Love A Duck" and "Will Success Spoil Rock Hunter?" - neither bad, but just not overly sharp or pointed in their barbs. The tonic for these misfires was "The Loved One". Billed as the movie with something to offend everyone, it offers very black and biting comedy with brillant subtle performances by John Gielgud, Jonathan Winters and Rod Steiger (as the embalmer Mr. Joyboy). With much of the film based around the upscale Whispering Glades funeral parlour, there was plenty of raw material from which to work.


It's easy to call this "Hoop Dreams for girls" because it does indeed follow years of ups and downs in the lives of several different Seattle girls high school basketball players. But it's not a knockoff...With an additional focus on the team's coach and his methods as well as the introduction of the film's main "character" a couple of years into filming (and after some already pretty amazing stories), the film has a lot to offer in just over a 100 minutes. And it's all extremely compelling, honest and sometimes uplifting stuff. When you finish a film like this and you feel somewhat sad that you can't spend any further time with the people who were on screen (and have an overwhelming urge to know what happened to them afterwards), it's a sign the filmmakers have told their story well. 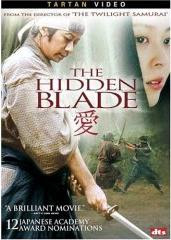 
There isn't anything really groundbreaking in this tale of a samurai torn between doing the right thing and staying true to his duty and traditions. But it's the quiet honour with which the main character holds himself throughout the film, as he wrestles with both his forbidden love for his maid and the task of killing a former friend, that captivates the viewer. Though mostly character driven, the story is never too slow and never loses interest. Indeed, it's because the character is so true and honest that you care so much about his story and for those around him. 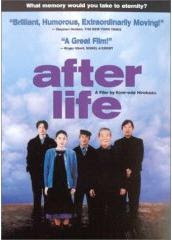 
In contrast to last week's pick (the Swedish "Songs From The Second Floor"), the depiction here of possible after death experiences is a much calmer and lovelier state. Each week a new batch of people who have just died show up at a facility where the staff walk them through their past and their favourite memories. Each person will pick a single memory which will be filmed by the staff and will then accompany the individuals into eternity to be played over and over. It's as bittersweet as you might expect, but is leant an additional beauty as some of the interviews feel as if they are real documents of non-actors walking through their lives. Of course you can't help but do the same thing...What memory would you pick to stay with you into eternity? It's a thought that stays with you a long time after the film is over.
Posted by Bob Turnbull at 22:50