Here we are, returning to the Esoteric Picks feature after a break of a couple of weeks. I don't write with much ease or skill, so I think the effort I expended during Hot Docs to review all 10 of the films just simply took it out of me...B-) 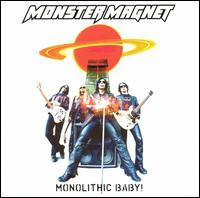 
A return to an independent label for Monster Magnet seems to have rejuvenated the band and they may have found the perfect mix between the stoner-sludge of some earlier releases and their fondness for the perfect RAWK riff. On the surface the band may come across as butt-stupid ("Slut Machine" which kicks off the disc may cement that opinion if you don't look further), but the combination of head bobbing hooks and occasionally wickedly clever lyrics show that the band can throw you a knowing smirk while making you blast the car speakers just a little bit louder all the while singing "Shut your mouth you big f**king baby..."


Probably one of the best of the paranoia thrillers from the 70s, director Alan J. Pakula creates an international conspiracy that sucks in the viewer just as deep as the main character. Warren Beatty gives one of his best (at least for me) performances and you can really feel the walls close in on him - the cynical feeling of the times comes through loud and clear. The film wraps up with a perfect ending and does so without leading the viewer there by the hand. It's intelligent with realistic and well-defined characters that behave in ways that match their situations. I don't want to say that "they don't make 'em like this anymore", but I would need a few more examples of recent thrillers that would counter that statement. 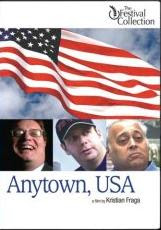 
I suppose I've been leaning heavily on documentaries for this category (8 of the 14 so far), but they just keep on coming - great stories being told in very interesting ways. This particular film is another case of documenting a particular mayoral race - this time in the small town of Bogota New Jersey. The current Republican mayor is falling out of favour with some of the residents but his Democratic rival seems to be sleepwalking through the election. Enter write-in candidate Dave Musikant who starts his campaign out of his Mom's basement and eventually gets the attention and services of a political consultant. Two of these three candidates are also visually impaired and the story of the race and subsequent election plays out in surprising and touching ways.


Jean-Pierre Melville makes awesome crime films. "Le Samourai", "Le Cercle Rouge", "Un Flic", etc. Great tension, cool characters and visual flair. So when his lost masterpiece "Army Of Shadows" was finally released in North America in 2006 with critics praising it to the skies, I was slightly disappointed to hear it was about the French Resistance during WWII. What? No heists or guys in trenchcoats? Well, that's true, but this film is still consistently fascinating and gripping throughout its 2 and a half hour running time. The constant blues and greys of the surroundings cast the proper mood over the ups and downs of the Resistance team's fighters and it also includes, go figure, great tension, cool characters and visual flair. 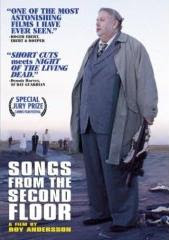 
I debated whether I should recommend this film...It essentially has no narrative flow or relatable characters. But this Swedish film has some utterly beautiful, strange, unsettling and funny moments wrapped around what appears to be several people's journey through purgatory. Or maybe they're already in hell. Or it's a dystopian vision of the future. Whatever the case, there are myriad symbolic images scattered about in very static, but perfectly composed frames. The camera stays still the entire film (each scene is a single long take) except for a single instance. I can't admit to understanding it completely, but I really enjoyed trying to piece things together and I know that I'll return to the film again.
Posted by Bob Turnbull at 18:56