I've finally given up the ghost on trying to tie these picks to a weekly date...The pressure was just too suffocating! I'll try to keep them roughly weekly in their appearance though. 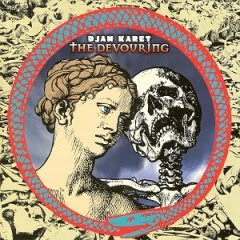 
Superb instrumental prog-rock from California by a band whose name comes from an Indonesian term for "elastic time" or "the hour that stretches". A mid-point between King Crimson and Pink Floyd is where most people have placed them, but they build on those influences by also mixing additional ambient, spacey and electronic sounds into the propulsive rhythms (the band explores that spacey side much more in depth on 1991's "Suspension and Displacement"). The opening track "Night Of The Mexican Goat Suckers" jump starts the album nicely (isn't it worth it for the title alone?) and though there are no vocals throughout, the band changes things up enough to never let your interest fade.


Terrific adventure yarn starring Errol Flynn at his swashbuckling best. There are a number of simply great sea battles and fights between ships that are so well done, it's hard to watch modern day CGI stuff again. People jumping between ships, fighting up high and falling all without quick edits to hide the lack of actual stunts. Flynn defines the term dashing here and tries to charm and win the heart of a Spanish lady whose ship he has just pirated. Not an easy task when you've just stolen all her jewels, but hey, it's Errol Flynn! 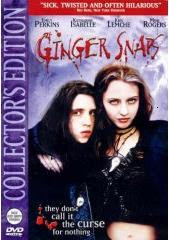 
Although this film works as a straight werewolf scarefest, it's much more than that. Young Ginger gets bitten by a "beast" on the night of her first period and then slowly begins to undergo changes in her body and her emotions. The parallel between becoming a werewolf and undergoing puberty could have been beaten to death, but it isn't - it's used effectively to show that life can be tough enough for high school kids (and Ginger and her younger suster are indeed complete outcasts) that the addition of these changes to the body/brain can make someone, well, snap. Katharine Isabelle is fantastic in the lead role (Emily Perkins as her sibling is also great) and I'd love to see her get wider acclaim and better roles.


Cedric Kahn put together an excellent tense thriller with 2004's "Feux Rouges". Antoine and Helene drive to pick up their kids from a summer camp, but there is great tension between the two. This is further aggravated by Antoine's drinking problem (he even stops along the way to "fill up") and the two eventually split up - Helene tells him she'll continue the trip by train. They each face danger during the night and the viewer is never left with a moment to relax...In one excruciatingly tense scene, Antoine is calling hospital after hospital from a hotel phone trying to find his wife. It's a simple scene, but incredibly unnerving - like much of this movie. 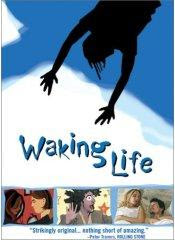 
Richard Linklater's dive into animation is not only a feast for the eyes, but occasionally a good snack for the brain as well. Many negative reviews focus on the philosophical "mumbo-jumbo" that the characters discuss throughout and though some of it can be a bit much, there's a couple of really thought provoking ideas that pop up. Not ground breaking in their originality, but when combined with the artwork you can certainly get lost in the clouds (just like the two characters who suddenly turn into clouds in the middle of a conversation). The animation is done through a technique called rotoscoping - real actors are first filmed and then their scenes handed over to different artists who treat each frame of film as a new canvas. There's not really a standard plot here, but if you are in the mood for film as art you'll be treated to some truly imaginative displays.
Posted by Bob Turnbull at 19:33