In his article Why 2008 Will Be An Awesome Year For Movies, Alex Billington lists 54 films coming out in 2008 and makes a pretty good case for what could be a terrific year. Man, I'm nowhere near catching up with 2007 and already there's a whole slew of must sees coming next year: 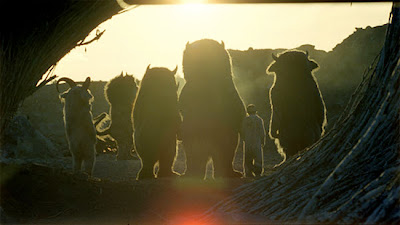 Ooh, thanks for pointing out this article. I'm looking forward to most of these movies as well.

Hi Dana...Yeah, I'm psyched! Then again, there's still so much I haven't seen (not just this year, but going all the way back) that I'm always psyched! B-)

Can't wait for City Of Ember. Really looking forward to that one. Don't know about The Box though. I've kind of given up on Richard Kelly. Great list!!

Thanks CG! I haven't yet seen "Southland Tales", so I'll still give Kelly some benefit of the doubt. I'm curious as hell to see it, but may have to wait until it comes out on DVD (March timeframe I think). Perhaps "The Box" will be smaller in scope...

If The Box ends up being a more intimate film (in comparison with Southland anyways), then I'll definitely give it a shot. I'd like nothing more than for it to be a good film. Kelly has a unique voice, it'd be nice to see him perfect his technique.