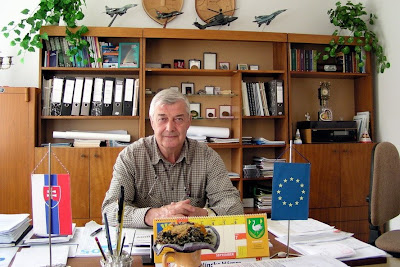 Matchmaking Mayor (2011 - Erika Hnikova) - Zemplinske Hamre is not atypical amongst its fellow Slovak villages - all are suffering from an elderly population that is dying off and a younger one that is slow to couple itself off in order to create new generations. What does make Zemplinske Hamre stand apart is a mayor who won't stay quiet about what he sees as upcoming negative population growth - so much so that he broadcasts over the village loudpseakers via his daily addresses that the town's singles need to shape up or their culture will be lost. He offers bonuses for those who procreate, but eventually decides to try to create a big party for all the singles where they can find their love connections. His singular focus is a bit off-putting for some villagers, but he manages to put on his party. But will anyone show up? Though occasionally funny and touching in spots, the film overall plays like an epitaph for the smaller Slovak towns and their lifestyle. Partially due to the nature of humans not being able to save themselves from themselves, but also because of the tough economic times and an overall lack of joy present in the villagers' lives. The filmmakers follow several different people in the days leading up to the party, but never quite get any in-depth profiles of these citizens and don't really get much chance to dig for the root of the issue. Still, it's more than little heart-breaking at times. 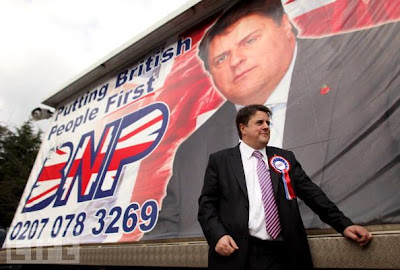 Battle For Barking (2010 - Laura Fairrie) - If you have any interest at all in British politics, you've likely heard of the BNP (British National Party) - a bunch of (IMO) racist opportunists looking to kick all immigrants out of "their" country by placing blame for pretty much all of the country's ills on everyone they don't consider to be true British people. Why study the specifics of complicated issues when you can scapegoat groups you don't understand and try to appeal to the masses' need for quick fix answers? Fairrie's cameras follow BNP leader Nick Griffin and a few of his cronies during their campaign to win a seat in the riding of Barking - a diverse multicultural part of London - while also tailing Labour candidate Margaret Hodge. It's not overly original in its approach (behind the scenes discussions about tactics, person on the street interviews, etc.), but it's very effective as we follow both sides through the slings and arrows of what amounts to a campaign these days. Hodge isn't a perfect representative for the area either (there's some disconnect between her wealth and the lower classes in the area), but she's not taking the BNP's crap lightly. If there was any doubt about the lack of thoughtful consideration the BNP puts into its ideas, you just have to listen to Griffin, his advisors or pretty much any of their backers speak for a few minutes off script. I've no doubt that many of these people have issues, but the scariest thing is to see how many of them are so quick to look for a fall guy that they drop all sense of logic or humanity. 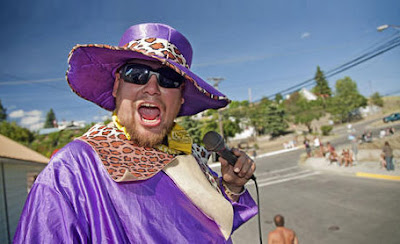 Highway Gospel (2010 - Jaret Belliveau) - I used to be an avid skateboarder back in my teens (not a good one, but an avid one) and loved leafing through issues of Skateboarder magazine looking at all the insane aerials that the Stacy Peraltas and Tony Alvas in California were pulling. Occasionally you'd hear about the slalom dudes and - as you viewed them careening down hillside roads - wonder if they were even crazier than the guys flying out of backyard pools. It turns out they are. Belliveau's film traces two separate Canadian devotees of the sport who are past their prime, getting creaky in the bones and yet still love the speed and thrills of the sport. One manages what is considered the premiere slalom road course race in the world (though he's beyond the point where he can compete due to injuries) and the other manages his own skatepark in Ottawa while still training for a shot at the world championships as he slides past the half-century mark. The two stories never really come together to any great degree, but they both show the spirit of people intoxicated by their passions and willing to sacrifice for them (giving up health and wealth). It definitely made me want to reach for my old board - even if I risked pulling a muscle doing it.
Posted by Bob Turnbull at 21:50