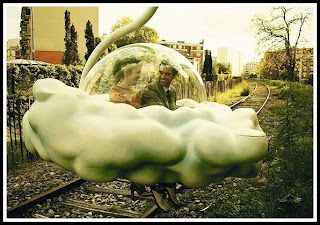 In honour of finally seeing a 2013 movie that I've been eager to catch (Chan-wook Park's Stoker - which was a heaping batch of candy and colour coated fun), I thought I would lay out some of the films I'm most excited to see in 2013. I'm sure I've missed a bunch (I've heard that Lucretia Martel has a new one coming out this year, but haven't found any confirmation) and I could make the list even longer (sorry Richard Kelly and Terry Gilliam - you guys just missed the cut), but these 13 stand out as my most anticipated:

I've already mentioned in a previous post that this became my number one "can't wait for it" movie of the year the second I heard about it. I'll always be curious what Gondry does and this looks to have a great sense of wonder to it.

A Pigeon Sat On A Branch Reflecting On Existence - Roy Andersson

This would likely be my number one if I could only be assured it was actually coming out this year...I was over the moon for Andersson's last film You, The Living from 2007 (not to mention adoring his 2000 film Songs From The Second Floor), so I've been waiting somewhat, though only somewhat, patiently for the follow-up...After seeing The Story Of Film at TIFF 2011, I was able to chat very briefly with director Mark Cousins and he said he had seen Andersson's new film and that it was amazing. And now that this is the third year in a row that predictions are being made about it's arrival at Cannes, the patience is, ahem, wearing thin. The word "eager" doesn't even come close to describing my anticipation.

Vallee's Cafe De Flore is my favourite film of the decade so far (probably in the last 5 years) and his two previous films ain't no slouches either. He has a free pass from me for as long as he keeps making movies.

The Day Of The Real, Perfect Plesiosaur - Kiyoshi Kurosawa

Kurosawa is one of my favourite modern Japanese directors and even though his five and a half hour made for TV mini-series Penance just wowed folks at TIFF 2012, he's already back with another feature film. Given his track record (Cure, Pulse, Seance, Tokyo Sonata, etc.), he too has a pass for life. 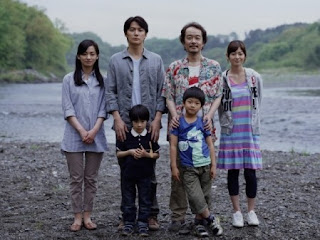 And Then I Became A Father - Hirokazu Kore-eda

It's Kore-eda. I have a noted soft spot for him. 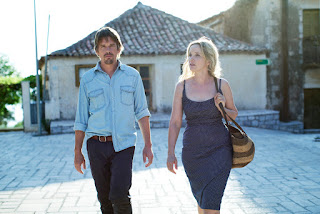 Considering Moonrise Kingdom was my favourite film of 2012, I have to put Anderson on my 2013 list. Since I've also pretty much loved every single film he has done to date, it wasn't an overly tough decision. 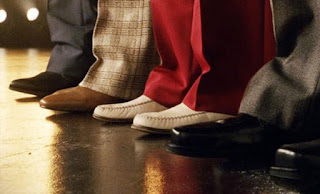 As much as I love the first Anchorman (smart-silly humour at its best), I'm not sure this would have made my top 13 were it not for my son. He too is a big fan of the first and the amount of giggling and guffawing that we shared (The Boy has a full body, I'm-not-sure-if-he's-still-breathing style laugh when something really connects - you know, like Steve Carell screaming while holding a hand grenade during the newscaster brawl) has me very much looking forward to another dose. By the beard of Zeus, it better live up to its potential... 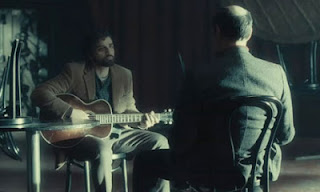 I'm also a big fan of the Coens, so I'm always keen on anything they release. I can't say that the concept of a folk singer in 60s New York grabs me very much and the trailer isn't calling out to me, but I have an abundance of confidence in the brothers to find an enganing story and to tell it in an engaging way. 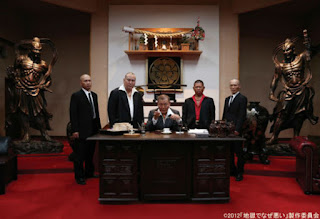 Why Don't You Play In Hell? - Sion Sono

To be honest, Sion Sono frightens me a bit...The glorious insanity that is Cold Fish alone should make you a bit wary of his presence, but when you toss in films like Strange Circus, Noriko's Dinner Table and the remarkable Love Exposure, you might as well just head straight for terrified. But I can't help but be fascinated with every move he makes - though I haven't seen Guilty Of Romance yet, his two recent heartfelt exhortations to his Japanese countrymen following the 2011 tsunami (Himizu and The Land Of Hope) have been wonderful. This year he returns to the more extreme side of his filmmaking - and I'm happily shaking in my boots. 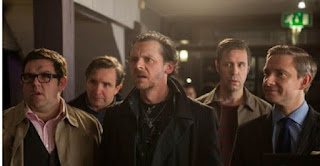 Shaun Of The Dead, Hot Fuzz and Scott Pilgrim vs. The World are all extraordinarily re-watchable festivals of fun. Everything points to more of the same. 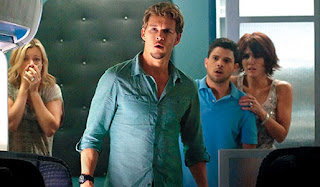 Yep, I was one of those J-Horror fans back in the early 2000s. The focus on subtle creepiness over jump scares was what won me over, but as the films started to pour into the North American market, they started to become an amorphous blob. Not Shimizu's though - even his American remakes of his great Ju-On: The Grudge films were well realized and were able to capture some of the curl-up-into-a-ball-in-your-seat tension that the originals did. Along the way, he also made the very strong Reincarnation which proved he could work a few different angles in the horror genre as well as one of the more successful shorts within the interesting Ten Nights Of Dreams. I haven't kept in touch with too much of his work over the past 5 years, so I'm very curious what he might do with this Hollywood horror. The plot of passengers experiencing a supernatural force on a plane doesn't jump out at me much (and I'm concerned his ideas will be watered down via the typical "production notes"), but I'm holding out hope.

I think it's a combination of a dramatic turn by Steve Carell and Bennett Miller's follow-up film to Moneyball that has me curious. Or maybe it's just curiosity of how they're going to make a film from the story of a paranoid schizophrenic who kills an Olympic wrestler.
Posted by Bob Turnbull at 23:13

Email ThisBlogThis!Share to TwitterShare to FacebookShare to Pinterest
Labels: 2013