Not that anyone took the MPAA seriously before, but... 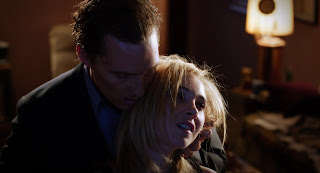 Right at the very end of William Friedkin's memoir The Friedkin Connection comes a short discussion of the MPAA's rating of his most recent film (the greasy Killer Joe). The following passage covers the appeal submitted by Tracy Letts (the playwright and screenwriter) and the producers:

Then Tracy spoke for about five minutes trying to persuade the board that our film was not exploitative; the violence and sexuality were part of the fabric of the lives of his characters. He felt frustrated and humiliated having to justify his work. "It wasn't about anything specific in the movie" he told me. "It was the movie itself. They objected to it in total." At one point Tracy said to them: "It's like we're being punished for doing this convincingly." Their response was, "The fact that the violence was personalized is definitely one of the reasons." Tracy asked, "In other words, if the violence was depersonalized it wouldn't bother you?"

Tracy felt their decision had already been made but he said. "Because we've given these characters depth and the actors play them well, you feel we deserve an NC-17." Their answer was "Yes." The board took twenty minutes to uphold the rating, unanimously, 13 to 0.

Whether you think Killer Joe deserves an NC-17 rating or not, that is some ridiculously terrible reasoning right there.
Posted by Bob Turnbull at 22:11

Email ThisBlogThis!Share to TwitterShare to FacebookShare to Pinterest
Labels: Books

Thanks for sharing this. I study Letts's work, and I'm familiar with Killer Joe. A few years ago, I attended Profile Theatre's production, which did not edit the sex and violence. When I learned KJ was going to film, I wondered (and worried) how they would manage the graphic sex and violence because it's integral to the story. Considering all, I was pleased with result...though disappointed in the rating. Thankfully, the art of live theatre is not subject to persecution panels.