Sequences Of A Titular Nature #11 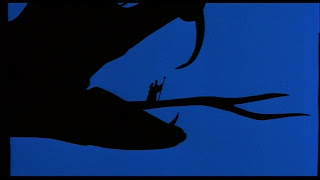 Dr. Zhivago (1965 - David Lean) - These beautiful credits lead straight into one of the most gorgeous films of Lean's career (which kind of means one of the most beautiful ever). Not one of his best - by any means in my opinion - but the snow, that ice palace, those trains...My goodness it's stunning. These credits are actually a bit staid in comparison, but these paintings with their shifting seasonal colours wonderfully set up the rest of the film's look. Now if only I cared about that central character... 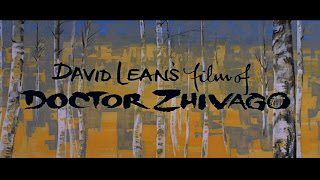 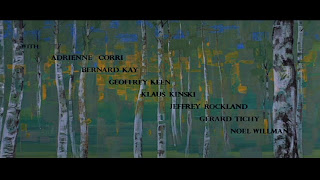 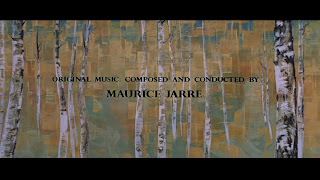 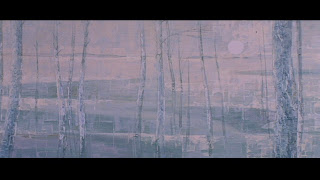 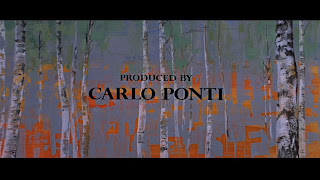 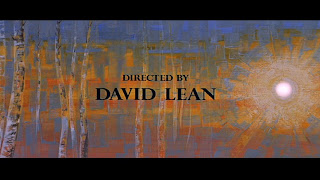 The Dunwich Horror (1970 - Daniel Haller) - A mix of subtle and BIG performances (Dean Stockwell is a riot) along with some creative framing and editing lends this spiffy early 70s occult thriller a nice off-balance feel. I love how all those elements come across in these simple black on blue credit images that segue from one odd thing to another ("wait, they're climbing the devil?"). And then suddenly a woman is giving birth to a baby...Or is it a baby?

And now you're in the perfect state of mind to watch this movie. 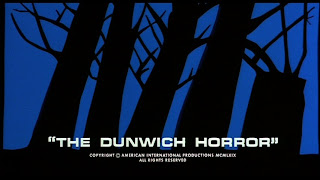 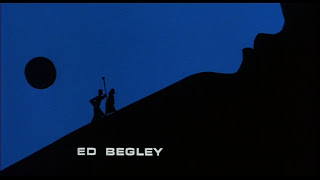 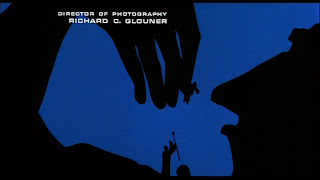 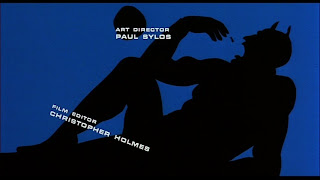 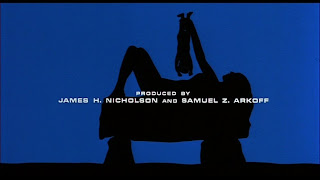 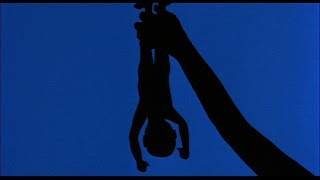 Genocide (1968 - Kazui Nihonmatsu) - Part of the recent When Horror Came To Shochiku set from Eclipse, this low budget Japanese end-of-the-world tale shows how the insects might one day simply take over. Let's face it, if they ever decide to rise up we're all done for (as evidenced by the many bug bites I'm currently scratching just from my late evening sit on my back deck). It's a fun B-movie sci-fi film (please don't take "B-movie" to mean anything more or less than an attempt to describe its style - there's no value judgement there) that opens with close-ups of lovely butterflies and other members of the insect hordes. Harmless as the small bugs we normally see, but almost monstrous looking at a zoomed in scale and when put together...A force that can wipe out humanity! (cue ominous blaring horn soundtrack...) 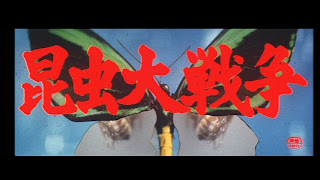 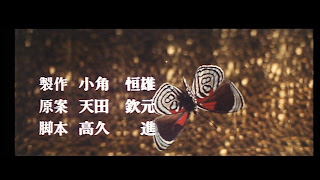 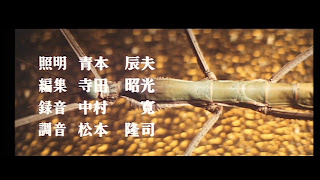 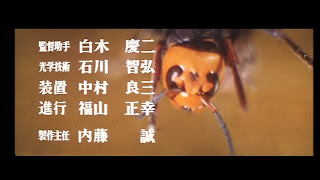 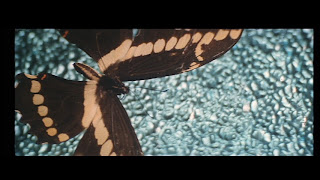 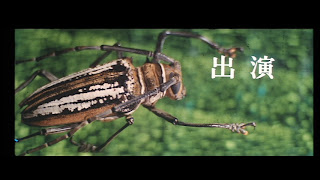 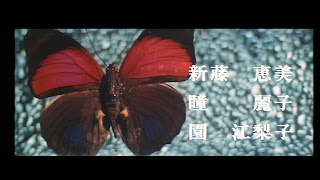 Mama (2013 - Andres Muschietti) - I love to see credits that pull double duty - not only telling you about the filmmakers, but also giving information related to the story itself. The ones for this year's Mama take you from the ending of the preamble to the "5 years later" title card that comes up as the credits finish. The childish hand drawn images fill in the gaps to explain how two little girls managed to survive in the woods for that extended period of time - not with every little detail, but with enough information to set up what follows. The film suffers somewhat from the same look and feel that many of Guillermo del Toro's horror productions have had of late and doesn't quite find a proper mix between its bits of atmospheric tension and its gobs of CGI. It does have two really solid child performances in it, though, and the story moves along at a good pace with a few images that certainly stick with you. 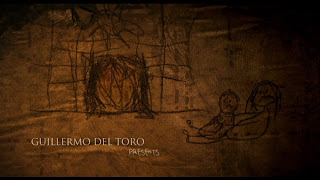 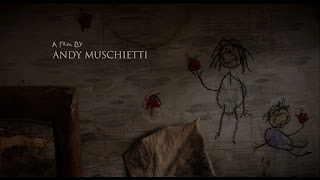 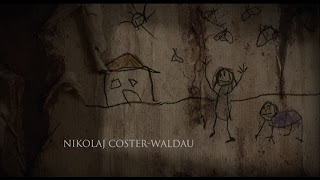 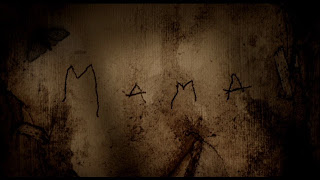 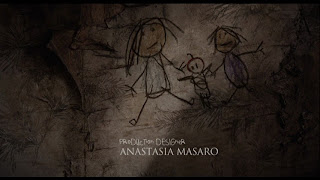 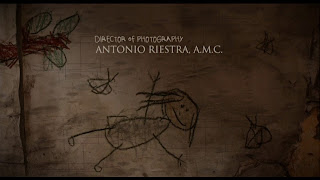 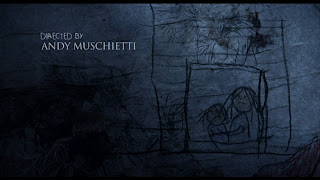