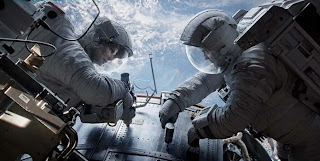 The heatwave has broken, the waters have receded and the weather was beautiful on Tuesday in Toronto. It's like the Toronto International Film Festival planned it that way so that everyone's good mood would be doubly enhanced when they made their first announcements for this year's lineup.

Of course, with expected selections being confirmed (by this point there are always numerous films that are shoo-ins for being at TIFF), how could any film fan not rejoice? But as usual, things only get better as you dive deeper into the list and start pulling out your favourite directors while also finding nifty surprises and a bunch of "never heard of that one before" titles (some of which can grab you simply on the basis of a single screenshot). I plan to see at least 40 films this year and I do believe I could fill my entire schedule just with what was announced today (I won't of course because the other programs always have treasures).

And yet, as much as I want to see pretty much all of their films, none of them make even my top 20 anticipated films from this first set. Here's what jumped out at me: 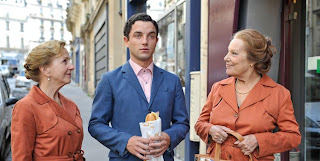 Attila Marcel (Sylvain Chomet) - Chomet's first live action film (after the wonderful Triplets Of Belleville and the even more wonderful The Illusionist) promises to meld Buster Keaton and Jacques Tati. Since they just happen to be two of my favourite artists ever, I'm overjoyed at this news.

Burning Bush (Agnieszka Holland) - I'm tempted to see Holland's look at the aftermath of a grisly government protest almost solely due to its 4 hour run time - the last couple of years at TIFF have provided a wealth of great loooooong form films (the 4.5 hour triptych Dreileben and the 15 hour The Story Of Film in 2011 and Kiyoshi Kurosawa's 4.5 hour Penance last year). Tempted, so tempted...

Blue Is The Warmest Color (Abdellatif Kechiche) - It's a contender for my list simply due to its Cannes win and some of the glowing comments I've heard about it.

Dallas Buyers Club (Jean-Marc Vallee) - Rejoice for there will soon be a new movie from Jean-Marc Vallee. If you don't know how I feel about his previous film Cafe De Flore then please give me an hour's worth of your time and I'll tell you. 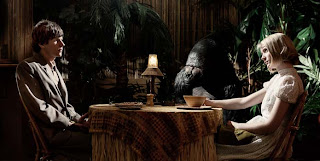 The Double (Richard Ayoade) - Ayoade's Q&A after the TIFF screening of Submarine a few years ago alone made me a fan for life - he was dry, witty, self-deprecating, nimble and brought some of the biggest laughs of the fest during that post-film discussion. Oh, and I really enjoyed the movie too. So bring on the sophomore effort.

Exit Marrakech (Caroline Link) - A 17 year-old boy experiences a completely different culture while visiting his seldomly seem father. The scenario just seems to lend itself to some wonderful possibilities. And I'm a sucker for father/son relationship films.

Gravity (Alfonso Cuaron) - Hard to say if I'll catch this at the festival - it'll be a big release in the Fall anyway - but I'm curious as hell what Cuaron will offer up. I'm not a big 3-D enthusiast, but this could be something different.

The Great Beauty (Paolo Sorrentino) - Maybe it's because I recently saw La Dolce Vita, but a revamped view of a tired and possibly cynical journalist wandering through Rome's nightlife with all the beautiful people sounds oddly appealing. 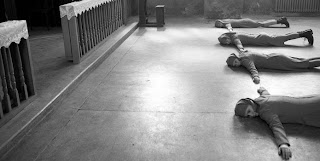 Ida (Pawel Pawlikowski) - The gorgeous black and white screencaps on the TIFF web site for this film are reason enough to rank it high on my must see list.

Life Of Crime (Daniel Schechter) - It's called "Life Of Crime", it's based on an Elmore Loenard book and it stars John Hawkes, Jennifer Aniston, Isla Fisher and Tim Robbins. Yes, I want to see that.

Like Father, Like Son (Hirokazu Kore-eda) - I think the last few times I've mentioned Kore-eda in relation to a new movie by him, I've explained my anticipation by simply stating "It's Kore-eda!". I see little need to provide further explanation...

The Lunchbox (Ritesh Batra) - I had great luck with my 3 choices from India last year (which didn't even include what I heard was one of the best films of the fest - the 7 hour Indian gang epic Gangs Of Wasseypur), so even though this seems like a bit more of a gentle comedy/drama, I'm hopeful the streak continues. And since it stars Irrfan Khan, you can't go too far wrong...

Night Moves (Kelly Reichardt) - Again, another film I may or may not see at the festival...But I'm no less eager to see where Reichardt goes next. Each film has made her rise in my estimation. 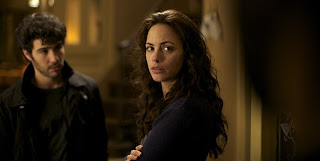 The Past (Asghar Farhadi) - I'm one of the many that was completely captivated by the back and forth push and pull of Farhadi's amazing A Separation. You bet I want to see what he does next.

Quay D'Orsay (Bertrand Tarvernier) - I'm in the mood for a "gleeful political satire".

REAL (Kiyoshi Kurosawa) - I love Kurosawa's films and his use of sound to create dread and atmosphere, so when the words "frightening mindscape" are used in the description of his new film...Well, I'm beside myself with anticipation.

Under The Skin (Jonathan Glazer) - Glazer has been overdue for a new film and his stylish resume (2 films and some great music video work) has me eager to see what's been cooking - especially when Scarlett Johansson stars as a "voracious alien seductress" preying on solo travelers. This could be great fun. 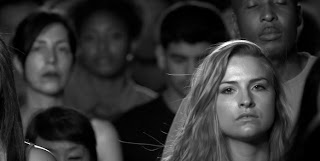 Visitors (Godfrey Reggio) - The director of the Qatsi trilogy premiering his new wordless film with live accompaniment by the Toronto Symphony Orchestra performing a Philip Glass score? Wowza. And introduced by Steven Soderbergh. Probably going to be sky high prices, but I may have to make an effort...

We Are The Best! (Lukas Moodysson) - I tend to gravitate towards Scandinavian films at TIFF (and with a pretty good track record overall), so what better time to finally see my first Moodysson film? I'm way overdue.


Can't wait for the next batch of announcements! Fortunately TIFF will only release chunks at a time on a weekly basis - it'll give me time to replenish all the saliva I lost today from slobbering all over myself...
Posted by Bob Turnbull at 21:35