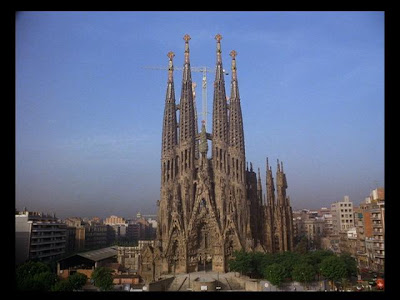 Criterion's recent release of Hiroshi Teshigahara's 1984 documentary "Antonio Gaudi" is not a primer on the architect's style nor a look at his life. As a matter of fact, it doesn't really tell you anything at all about the man, his art or his influence. What it does do though is make you painfully aware of the lack of imagination in much of our modern architectural landscape. That and make you insanely jealous of the people in Barcelona who get to live among the beautiful pieces of functional art that Gaudi brought to the city. 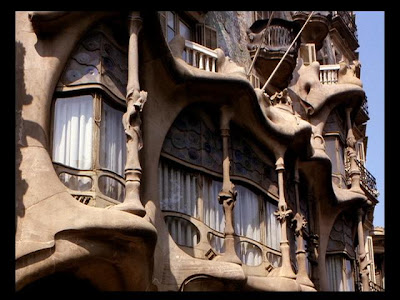 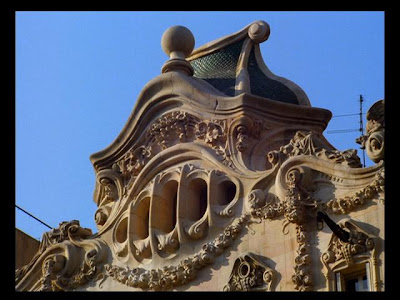 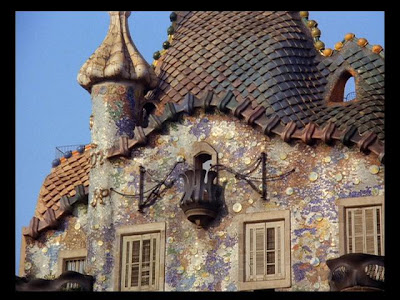 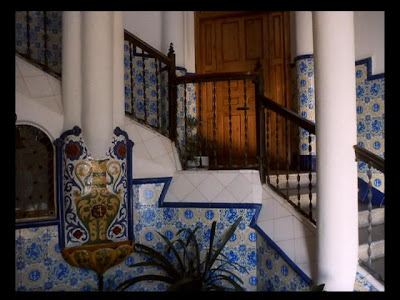 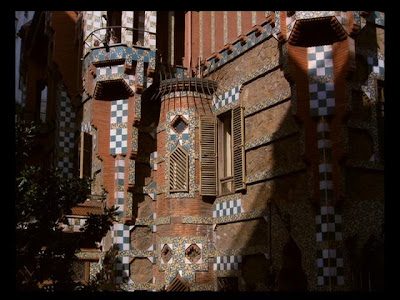 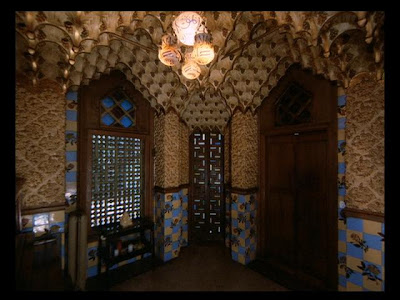 Wikipedia will give you more detail about Gaudi and what he accomplished: He "was a Spanish, Catalan architect, who belonged to the Modernisme (Art Nouveau) movement and was famous for his unique style and highly individualistic designs." The film, however, concentrates on the beauty of his work via successive static shots closing in on the detail of buildings or by a slow wandering camera going through and around some of the creations. Except for two short seconds-long sections, there's not a speck of spoken word in the film. No narration to tell the viewer what they are looking at or where it is located. Though that's a bit frustrating, the stunning visuals more than make up for it. If the film didn't tell me much about Gaudi, it's certainly made me want to find out more about him. 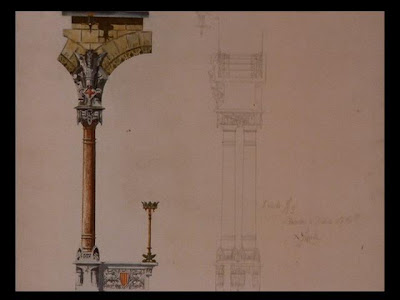 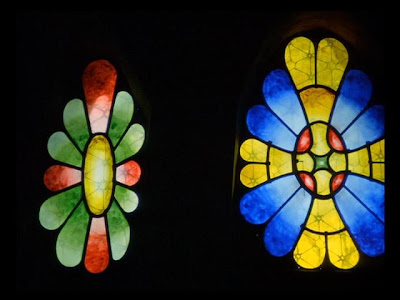 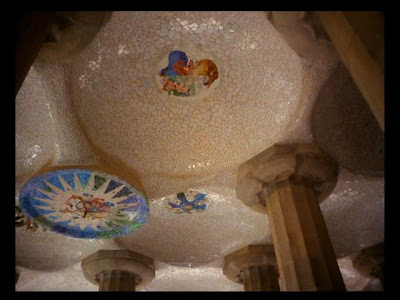 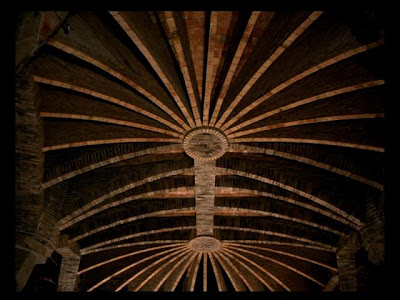 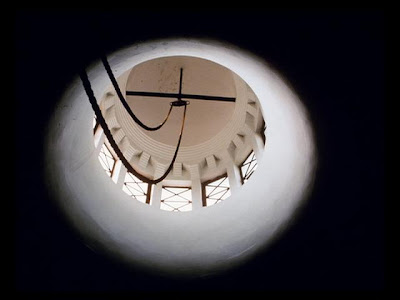 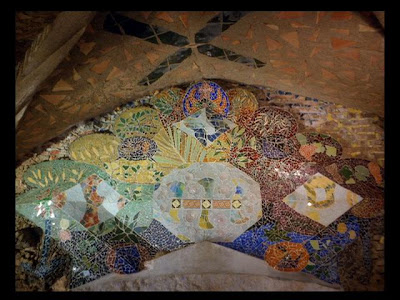 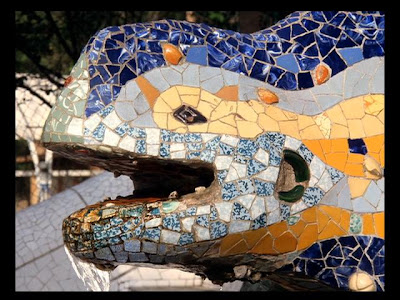 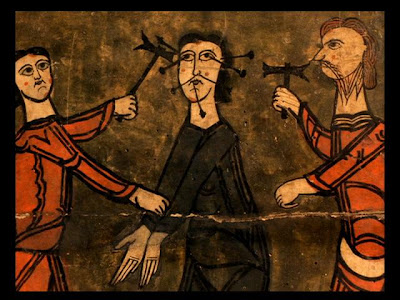 Teshigahara keeps things relatively simple. He really just allows the buildings (and other pieces of Gaudi's art - paintings, sculpture, tiling, etc.) to fill up the frame. Sometimes showing different angles and sometimes just drifting through a section of a structure. The movement of the camera in some cases is particularly effective at giving a better idea of all the curves and angles in some of his works. On top of this, it seems that a secondary goal of the film is to show how these pieces have simply been accepted into the daily lives of the people who live there. Gaudi's public spaces are used for jogging, singing, dancing, entertaining guests and even for setting up shop. 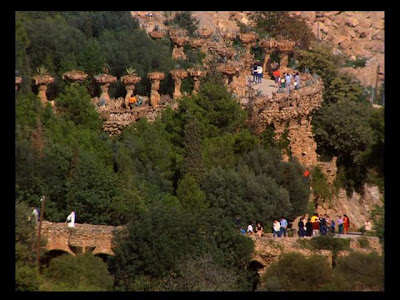 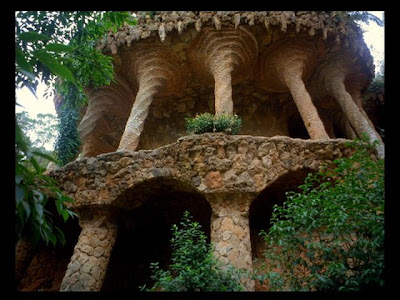 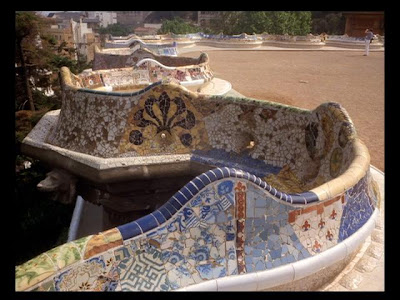 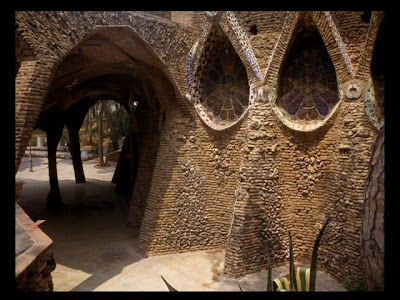 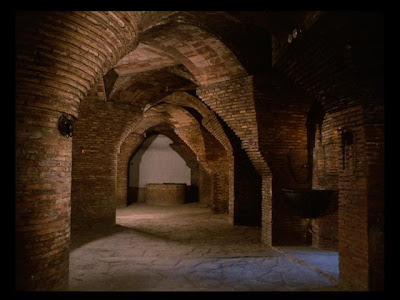 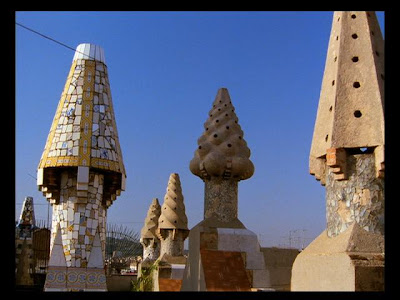 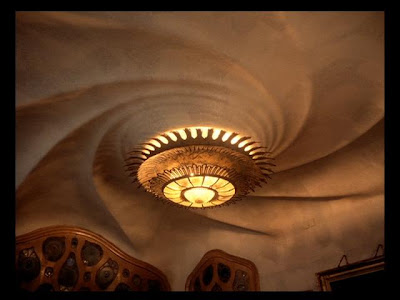 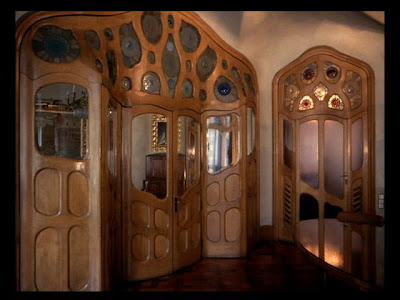 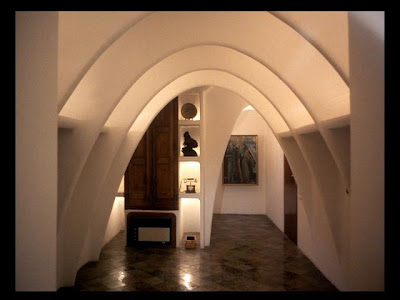 There are several moments where I found myself both struck by a beautiful image as well as confused about what I was actually looking at. What are these rock formations? What kind of building is this? What is the purpose of that?! It all just made me want to visit Spain even more...In particular the last section of the film which focuses on his still unfinished masterpiece - La Sagrada Familia (which apparently is targeted for completion in 2026). 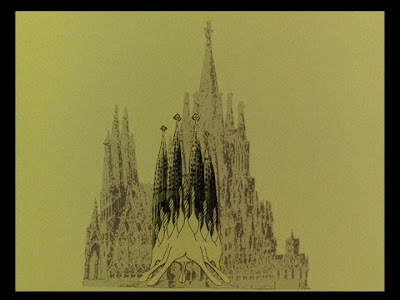 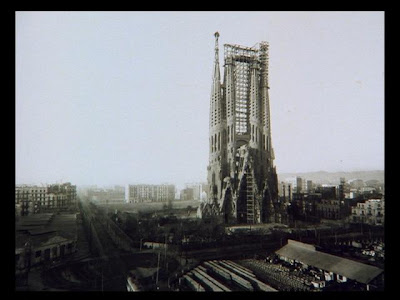 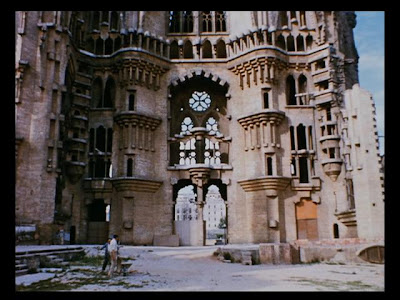 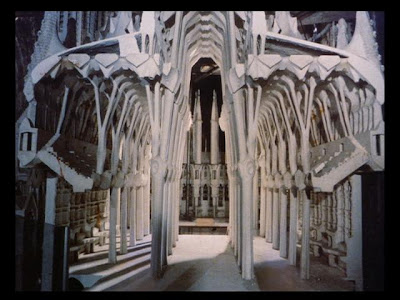 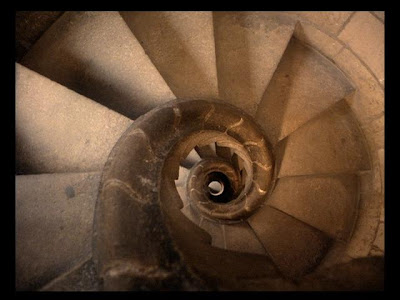 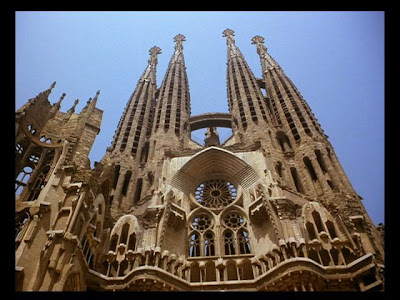 I initially took about 65 screencaps from this 72 minutes long film and it was simply nowhere near enough to capture the scope of Gaudi's work. The film itself can only entice the viewer into exploring further. I guess I'll just be forced to one day visit his creations in person. Oh well...
Posted by Bob Turnbull at 23:30

Wow, a great set of screencaps here. This one's going in the Netflix queue right now.

Excellent! Let me know what you think. It may not be a spellbinder for some folks (especially with its accompanying soundtrack), but I found it flew by...

I'd comment further, but since your blog-a-thon starts tomorrow I have to think about production design instead...B-)

I got to see this theatrically and have been wanting to visit Barcelona ever since then.

Spain has been in my Top 5 places to go to for some time now, but Barcelona in particular has just shot to the top. I'm picturing myself having some paella in an outdoor cafe and staring out at Gaudi's work...

I'm envious of your theatrical viewing. I'd love to see this come to our Cinematheque.

Bob, I visited Barcelona in 1989 and got to see a few of these amazing creations. Though I only spend three days in the city, I've been dreaming of getting back there someday. And glad to see that Criterion has done a good job with the film. The previously available version (on VHS, I think) got lousy reviews for its transfer. This is a must-buy for me.

So you're not content with making me jealous as hell about your upcoming Iceland trip, ya gotta go and throw Barcelona at me? B-)

Let me know if you pick the disc up. I'd love to hear more about the city. There are some shots where I find it hard to believe that these creations actually exist in public spaces...

I hear Gaudi's designs are influenced by the way nature is structured (often unusual shape with logical interior structure).
Wether looking inside of or standing outside of or looking at from a distance, I find his work a little unnerving, undulating, ALIVE. It feels like looking at or walking into a huge shell or into a gigantic living creature. Certainly a cause for pause. What an interesting combination of abilities in one person. Betty.