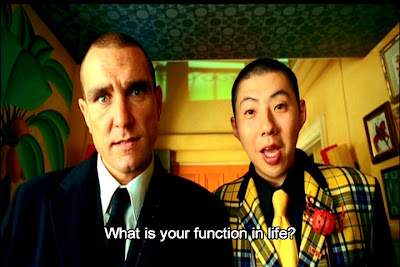 Jeremy over at Moon In The Gutter has been paying tribute all month to films that are not available on Region 1 DVD. I don't have much to contribute since I mostly see R1 discs, but one example of a film I'd love to see get wider distribution in North America would be Gen Sekikuchi's 2004 burst of energy "Survive Style 5+". 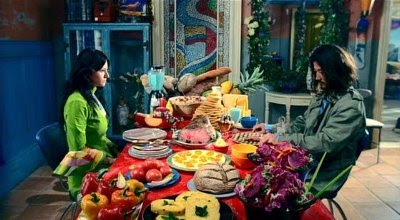 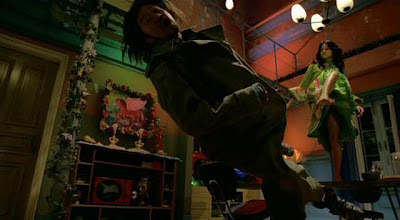 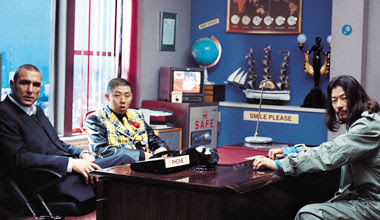 I've mentioned the film before, but it bears repeating. It was one of the most fun cinema experiences I've had over the last few years (I can only imagine how much better it would have been with more than just the 7 people who were in the theatre) and I've been dying to see it again since then. It's essentially 5 separate stories about different people dealing with some major curveballs from life and their different styles of surviving. Yes, that is indeed Vinnie Jones amongst an otherwise completely Japanese cast. Sonny Chiba also makes an appearance as does the terrific Tadanobu Asano. 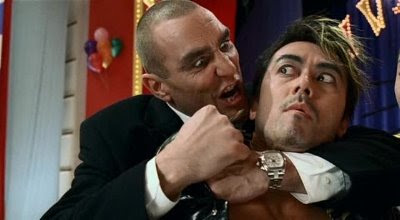 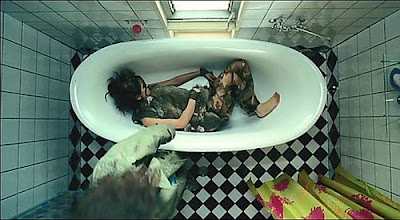 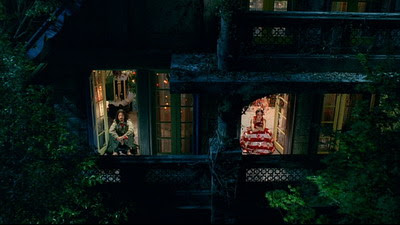 The pace is fast as the stories cut between each other and overlap characters. The humour ranges from completely absurd to extremely dark - a hypnotized man behaves like a chicken, a wife keeps coming back from the dead (with different abilities each time), a British hitman and his interpreter accost people and mini-commercials are scattered throughout. The colour schemes alone (especially in the first story with Asano) are a visual treat. 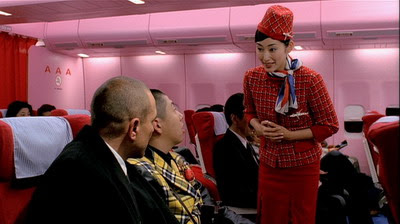 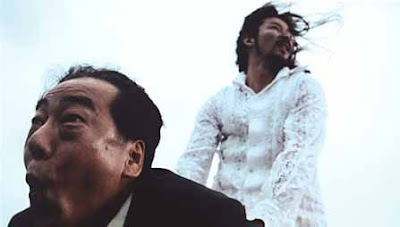 Apparently since the film only got music rights for release in Japan, it's not likely to be found in Region 1 anytime soon. I've posted the trailer before, so here's an extended scene from the film. Having just killed and buried his wife, Asano's character returns home to find...his wife. It builds quite slowly, but stay with it:

Oh what the hell, here's another trailer:

I expect that I'll get myself that region free player this year simply so that I can get the version of this DVD that's out there (the Region 2 has English subtitles). And I'll be all smiles at that point. 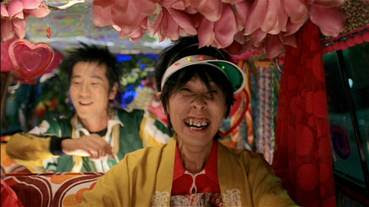 Great stuff. I have never heard of this one. Thanks for participating and for linking back to Moon in the Gutter.

Survive Style 5+ is a trip and a half. Too bad the director has not made a film since then. That is a real shame.

But for a similar fix there is Katsuhito Ishii - as in Funky Forest and A Taste of Tea. But you know that already, don't you.

Jeremy, definitely check it out if you can. Something tells me you have the region-free capability...B-)

I recently came across your blog and have been reading along. I thought I would leave my first comment. I don't know what to say except that I have enjoyed reading. Nice blog. I will keep visiting this blog very often.

Hi Bob. I love this movie! When posting about it on my blog I was looking for the images from it in Google and came across your blog. It is truly a great movie, one of the most interesting I have watched during recent days. If interested please check out my movies here: http://whereareyouolga.blogspot.com/search/label/movies