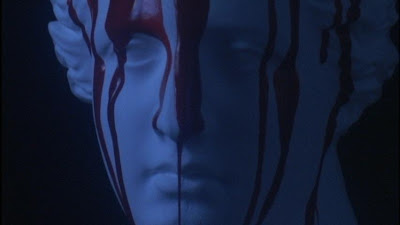 And the blood is flowing already...

Curse, Death & Spirit (1992 - Hideo Nakata) - When diving deep into a director's past work there's always an element of risk. Early efforts can be short of confidence, crammed full of film school techniques and be too heavy-handed with actors - all of which can lead to rather turgid affairs. Of course, depending how much you subscribe to the Auteur Theory, you may find anything by your favorite helmer to be of interest. Early low-budget horror films (old pink films in the case of many Japanese directors of a certain vintage), made for TV movies or even commercials can give interesting background and context for future work. Themes they return to over and over may surface for the first time in their short films or feature debuts and this can give clues to gaining better understanding across all their work. So you never quite know what you're going to get...In the case of Hideo Nakata, the DVD entitled "Curse, Death & Spirit" provides three short horror films (each around twenty minutes long) that he made for TV in the early 90s. The word "film" might be stretching it somewhat since all three clearly have the look of a made for TV project from 20 years ago: the look of all the shorts is flat, colours are either drained or way over saturated and the special effects are hardly "special". Those qualities alone don't make these shorts bad, of course, but they sure don't help improve matters. In any case, there are plenty of other reasons why none of these stories work. The first of the three is called "The Cursed Doll" and is based around a large doll that seems to possess the spirit of a family's eldest daughter who died many years previous in a fire. The appearances of the doll are unfortunately laughable by today's standards as each one has that shimmery feel of an overlaid video segment and movement is obviously done by moving that segment of the doll within the main frame. Combine this with flat acting and zero tension or atmosphere (though a few closeups of the doll are slightly creepy) and you have the worst short of the bunch. That's not to say that things improve dramatically as the second one starts. The acting reaches a low point in "The Spirit Of The Dead" as a young boy encounters a spirit while on a camping trip with his mother, her friend and her friend's two kids. When the boy encounters the female ghost in the woods, it wishes to steal him away for herself. One of the few well-realized moments of the series comes one night in the tent when the mother wakes up to see the disembodied head of the female spirit rising out of the floor of the tent to gaze upon the boy. Unfortunately, even this moment is shortly ruined by the strange decision to make the spirit's face almost clown-like in its eagerness to take the boy. The final tale is easily the best and is likely where most people interested in Nakata's back catalog may find some relevance. "The Haunted Inn" actually shows some focus on pace and building tension as three teenage girls go off for a weekend of relaxation away from home. Though the effects are no better in this story, Nakata seems to have figured out that he can still create some horror without having to rely on the limits of technology - a creative use of lighting, music, camera angles and makeup can work wonders. Though that doesn't quite happen here, there is finally some semblance of actual dread to be had. For those who have a strong interest in Hideo Nakata's career and rise to being one of the better known current day Japanese directors, this set of three films might be of interest. Otherwise, there's really nothing to be gained from watching any of it. 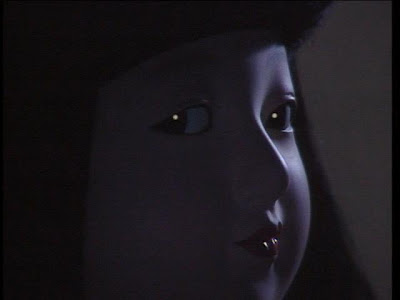 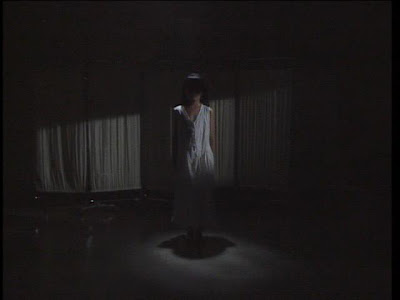 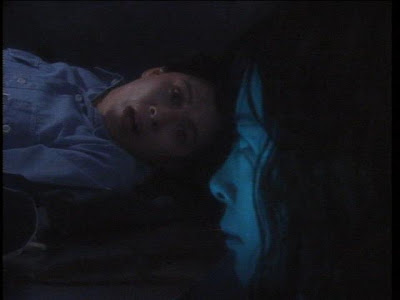 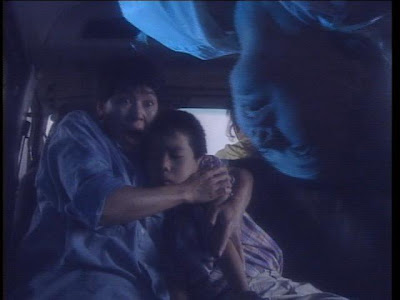 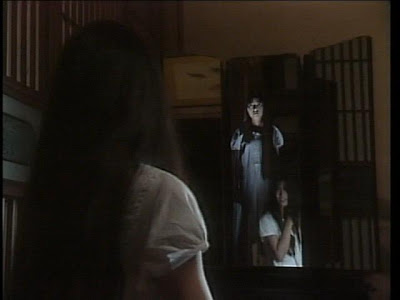 Scre4m (2011 - Wes Craven) - Though I enjoyed all three previous Scream films and their desire for being self-referential, there was a diminishing level of returns that made a strong case for stopping at only a trilogy. A decade later, with reboots and remakes being all the rage, there's a certain amount of logic in bringing back a fourth movie. Kevin Williamson is back with pen in hand to work out the details on paper and his script does a decent job of creating a reason for the story to continue. It pulls in recent horror movie and social media conventions while keeping a sense of mystery to the final reveal, but in the end the movie neither scared nor surprised me. And shouldn't I be scared and surprised by a Scream movie? I was decently entertained, but I don't think that's necessarily the only thing they set out to do. Wanna see something scary? Go watch a different movie. 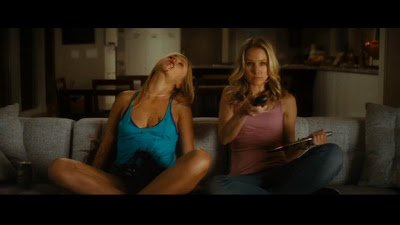 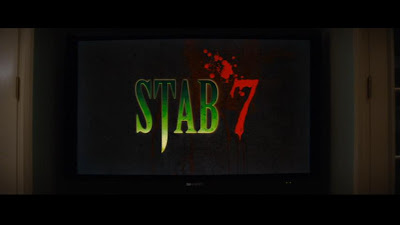 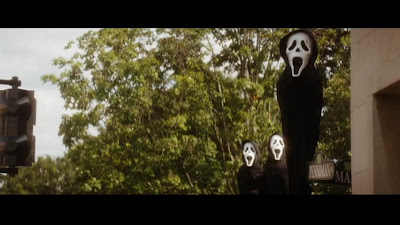 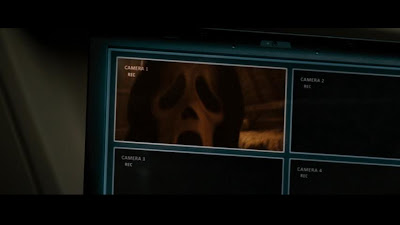 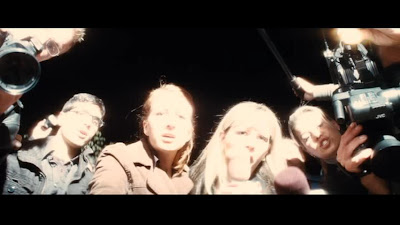 Ki-Rei: The Terror Of Beauty (2004 - Katsuya Matsumura) - A lovely young cosmetic surgeon seems to have it all: a booming practice for both young and old women seeking to keep their looks in step with what society expects, the ability to charge exorbitant prices and a relationship (which seems to only involve sex) with a handsome doctor. Until one day a new customer arrives: Yoshie has a face like a potato and desperately wants to be beautiful. She convinces the surgeon to operate on her after hours without any nurses and her requests soon cover her entire body. When she doesn't receive the immediate satisfaction she craves, she demands even more surgery. Things devolve from there...Though the movie feels like it was shot on video, the muddy texture and blown-out whites actually provide a strange dreamlike quality that works in its favour. The bright sunlight outdoors and the shining surgery lamps seem to indicate heavenly possibilities for Yoshie, but the reality is a hellish nightmare. The film does flail a bit in getting across its point of the dangers of chasing the impossible expectations of beauty placed by society on women, but for every misstep it provides an interesting take on the horrors of this unnecessary surgery. The acting is as flat as the film's look and a voiceover feels redundant, but in the end it's reasonably effective at providing disturbing moments - both visually and as food for thought. 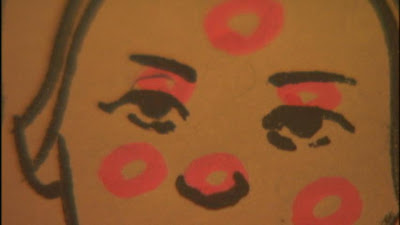 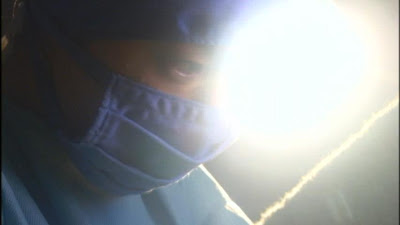 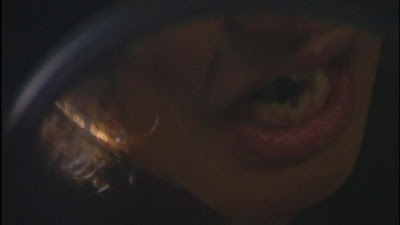 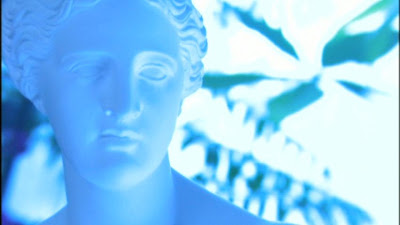 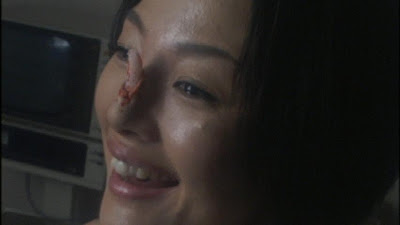 The Stepfather (1987 - Joseph Ruben) - Even though you may know where the story is going and be able pick at numerous plot holes, "The Stepfather" is a pretty solid thriller. Not a whole lot of killing or bloodshed, but Terry Quinn's tightly coiled killer feels like he could spring at any moment so the tension is kept at sizeable levels throughout. The guy has already killed his previous family, so you know that the likelihood of something setting him off with his current family is almost a certainty. His new wife has a 16 year-old daughter who is troubled at school and doesn't trust her new stepdad, but you can't blame her for thinking something is up with the guy - he's a little too wrapped up in his idea of what a real family should be and occasionally breaks into little tantrums in their basement. It's extraordinarily hard to believe that the girl (played by 23 year-old Jill Schoelen) would actually be in thta kind of trouble at school (most unconvincing expelled student ever), but you can forgive a movie that moves this steadily towards its final showdown. I will assume that I have no need to see the recently remade version... 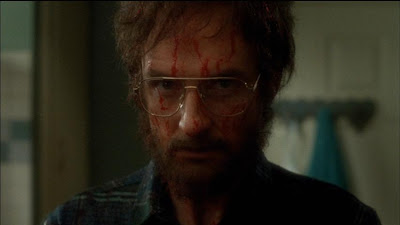 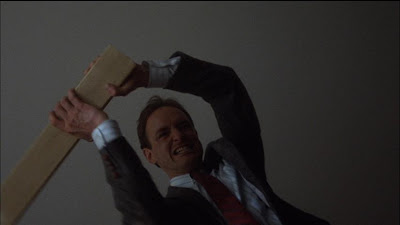 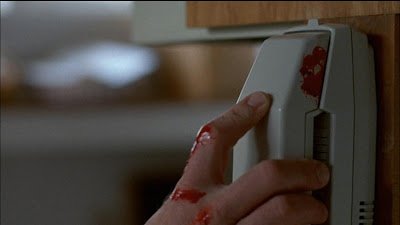 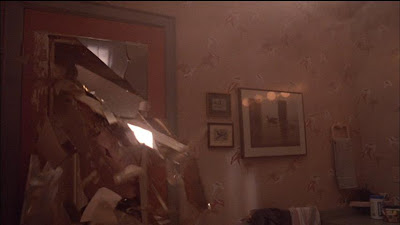 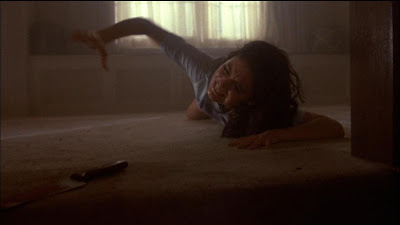 You're off to a much better start than I am for October. Hopefully, things will improve for me. We shall see. In any event, expect to start showing up in my October Challenge links.

I really dig The Stepfather, but it's been years since I've seen it. Terry O'Quinn rocks that movie.

I'm feeling that I'm off to a bit of a slow start as well - I'm only averaging one a day and I'd like to bump that up. Canadian Thanksgiving is driving the number down, but I'm sure I'll get back into it when we get back to normalcy. Krell Labs looks to be doing just fine to me...B-) And I definitely agree with you about "Case 39".

Hey, have you seen "The Stepfather 2"? O'Quinn stars again and I can't help but want to find it...

I haven't seen The Stepfather 2, though not because I've been avoiding it or anything. I just never got around to it. Too many movies, so little time...