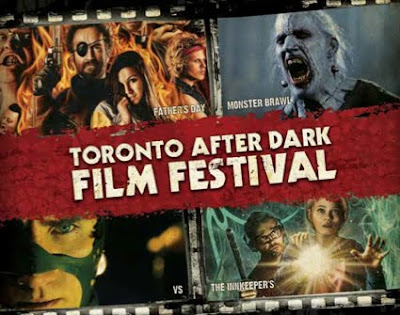 Toronto After Dark 2011 (the 6th edition of the festival) starts today and its the biggest festival yet. 18 films (with the opening film "Monster Brawl" getting two screenings on opening night) and a raft of shorts over the next 8 days easily makes it the largest in TAD history. But will it be the best.

I'll admit, even though this is my favourite fest of the year (the audience is a blast, I've made oodles of friends and each fest brings in a couple of films that usually make my top 10 for the year), I was a TAD concerned when the initial 8 films were announced...The zombie films looked a bit uninspired, there was a post-apocalyptic film, a sci-fi anime on its way to DVD, a Troma film (my unabashed hatred of their "Mother's Day" certainly doesn't put me in the mood for the screening of "Father's Day") and the opener looked, well, flat. However, by the time a few friends talked me down off the ledge and the remaining films were announced, I was primed, excited and ready for the fest. The anime film has several people quite excited, the Troma film is apparently not at all like "Mother's Day" and the festival always allows for fun to be had. So, to sum up, I'm just as psyched for the festival to start as I always am. Maybe more.

Here's a few of my top picks from the full lineup: 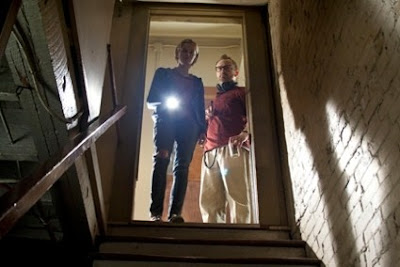 I swear, I don't even really know what the movie is about and it's number one on my list (I had even expressed hope before the lineup was announced that it would be included). West's previous film was the wonderful "House Of The Devil" that took the slow and steady tension builds of the 70s and rode them all the way through a rather silly (though still kinda fun) ending. The very, very end of the film also harked back to some of the bleeker 70s films, so I'm very much on board with whatever he does next. Early reviews from other festivals have been very strong, so this sounds like a great way to close the festival (screens on Thursday Oct. 27th at 9:45PM).

Most people will have heard about this film due to some ruckus (still not sure if it was genuine or not) that it caused at Sundance. My interest, once again, stems from the director - McKee's "May" was one of the more original horrors from a few years ago and if nothing from him since has quite matched it, everything has something of interest and usually with an unsettling tone that keeps you engaged (screens on Thursday Oct. 27th at 7:00PM). 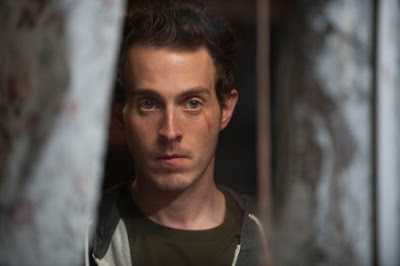 OK, a cabin in the woods movie at this stage shouldn't get me too excited, but when the words "palpable dread" are used to describe it, I can't help myself. Also, it's a Canadian film and I'm coming off of the Toronto International Film Festival with a renewed strong opinion of what my country has been releasing of late (screens on Wednesday Oct. 26th at 7:00PM).

I'm going on the strength of word of mouth for this one - just about anybody I talked to who went to ActionFest in North Caroline earlier this year has blathered almost rhapsodically about how fantastic this thriller is. You could see how intense a movie about cliff climbers being the targets of deadly snipers might be, so count me in (screens on Monday Oct. 24th at 9:45PM). 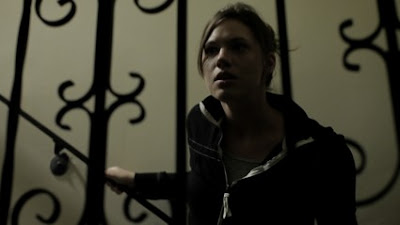 OK, on the surface this looks a bit like any other recent Hollywood supernatural ghost story, but I've every reason to believe that it will separate itself from that lackluster pack. For one thing, as a low-budget independent, there's ample room to avoid the pitfalls and hopefully be creative with how they will bring some atmosphere to the tale. Also, some early reviews mention that it suffers none of the stereotypes or poor acting that many of its cousins do (screens on Monday Oct. 24th at 7:00PM).

I can't help it - I really enjoy anthology movies. I should have no reason to think that this particular one will match the quality of the old Hammer and Amicus vehicles or even some of the mid-70s one off films, but there's almost always a few good ideas and memorable moments (come on, who can forget the tiny evil doll from "Trilogy Of Terror"?) so I remain hopeful (screens on Sunday Oct. 23rd at 7:00PM). 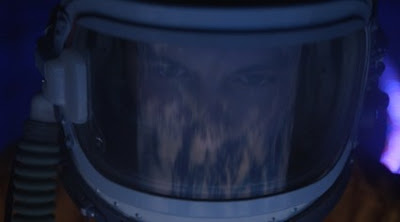 On the opposite end of indie horror, sometimes indie sci-fi can be a dangerous place to lurk - if they can manage to refrain from attempting too many special effects, they typically (in my experience) get derailed by the "big" ideas and can't find their way to a point. It's entirely possible that "Love" may suffer a similar fate, but the story has enough to make it worth the effort to find out: its main protagonist is left all alone on a space station when humanity is destroyed on Earth and while he begins to adjust to a long, lonely life ahead, he finds a secret that may change all his previous ideas about what exactly life is. OK, I'm intrigued (screens on Sunday Oct. 23rd at 4:00PM).

I'm betting that there will be some gems in the rest of the field as well. If not, it's almost as much fun discussing where things went wrong in the Pub After Dark. Though the festival shifts to the Toronto Underground this year (while the beloved Bloor Cinema gets some renovations), it won't impact the eagerness of the crowd to have fun. If it does, Manborg will set them straight... 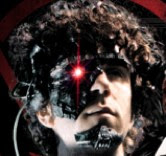 It looks like a decent line-up and a fun time. I won't be able to catch anything most likely. Yet another year in which I miss out on Toronto After Dark. What kind of Toronto-based cinephile am I????

Yeah THE INKEEPERS was well reviewed at Frightfest here in the UK and it's got an absolutely amazing poster (I can see part of it up there in the After Dark '11 poster). Hope it lives up to your expectations and really interested to know what you think.