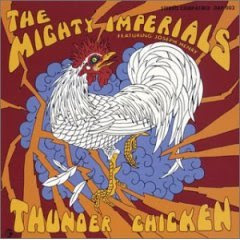 
Funk out yo face old school with a group that could easily be mistaken for James Brown's old backing band. Complete with wakachaka-wakachaka guitar, bubbling organ, punchy horns and a bopping rhythm section, these kids (and apparently not a single member of the band was over 18 when the record was recorded) sound like a bunch of well-seasoned studio players. Singer Joe Henry brings his gospel background to some soulful vocals on 4 of the albums tracks. The rest of the album is filled with solid on-the-one funk played with joy and a deep respect to the Godfather Of Soul. 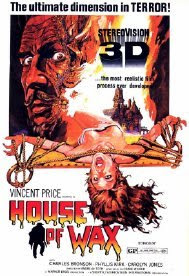 
Andre de Toth's remake of 1933's "Mystery Of The Wax Museum" is another case of a terrificly fun Sunday afternoon type movie that is also crafted exceptionally well - with a strong visual sense as well as solid (enough) acting and a good story. I'd love to see this in its original 3-D - if only for the scene where a barker is playing with one of those paddleball thingies and bouncing it straight at the camera (you would be forgiven if you suddenly thought of Dr. Tongue at this point...). Vincent Price is the star here and he may very well be having more fun than the viewer. OK, so the story doesn't quite hang together perfectly, but the concept of using dead bodies for the wax sculptures and then needing to kill for more models is just too good not to work on some level. You can even see a young Charles Bronson as the assistant Igor. If you haven't seen it, you couldn't possibly need more convincing than that.

And if you have some 3-D glasses, here's part of the paddleball scene: 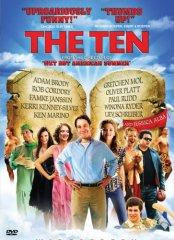 
A bit of a dicey pick here - not just because the quality of the 10 different sketches varies minute to minute, but because it's obviously trying to offend across a wide swath. Of course if you're easily offended, you really shouldn't be watching comedic riffs based around the Ten Commandments...Each story has a different cast of characters played by the likes of Winona Ryder, Jessica Alba and Ron Silver, but as the film goes on the characters start crossing over to the different stories. Even nominal host Paul Rudd (who isn't that great here) gets into one of the stories. It's during these meshing of storylines and interesting little tweaks (like how each story opens up) that the film wins extra points. It's also always welcomed to be reminded how incredibly lovely Gretchen Mol is. 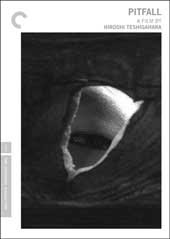 
A young man and his son reach a deserted ghost town after drifting from mining job to mining job. They've been managing a meager existence doing what they have to in order to survive, but now a man in a white suit is following them and taking their picture. Hiroshi Teshigahara builds a fascinating debut film from this by using a number of different tools - cinematography (Criterion's crisp transfer really showcases the beautiful and striking Black and White photography), brillant use of the sound field, numerous themes (voyeurism, man vs. nature, etc.) and a range of genre and stylistic conventions. The movie is not only an unsettling ghost story, but also a murder mystery, a tragic tale of human desperation and what seems to be a criticism of authority (in general, but also specifically the mining industry of the times). The outlook of the film is bleak, but if you want a terrific example of the craft and artistry of film making then look no further.

Here's the Japanese trailer (without subtitles, but should still give you an idea): 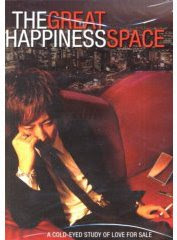 
Thinking of writing a futuristic tale of how our modern day relationships have failed so badly that the beautiful young people who sell their time for companionship to others, must in turn buy their own? You'd be hard pressed to write something better than this documentary about young Japanese men who sell themselves as dates in specially created clubs. In an odd circular twist, the majority of their clientele is made up of prostitutes - women who are so desperately in need of some kind of companionship after selling their bodies that they end up buying it from these pretty young men. It's fascinating, yet terribly sad...
Posted by Bob Turnbull at 20:03