Adam Ross over at DVD Panache was kind enough to mention my previous Esoteric picks when he did my recent Friday Screen Test. Considering I haven't done one in about 4 months, I should probably get back on track... 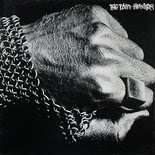 
Though mostly known for their minor FM hit in the late 70's "The Man Who Built America" (at least in North America anyway), Horslips have a fine back catalog of strong Celtic influenced rock that covers a wide swath of territory. Progressive rock fans will enjoy the mixing of folk and rock instrumentation amidst the occasional jig or reel (not to mention the oft-compared to Jethro Tull flute playing - which in my mind is better than Ian Anderson's) and perhaps even their penchant for concept albums which tend to deal with very specific Irish subjects like local mythology or even the plight of immigrants to North America. The band is in terrific form here showing great instrumental work that never overshadows some truly lovely songs. 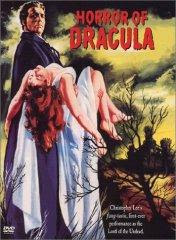 
My knowledge of Hammer Horror cinema is unfortunately quite slim, but after seeing this almost perfect combination of story, acting, colour and fun I really hope to change that. Also known as "Horror Of Dracula" in North America, it covers the basic tale of Dracula and Dr. Van Helsing, but somehow finds the perfect ground between the slightly scary, the melodramatic and the good cheesy fun. Throw in both Christopher Lee and Peter Cushing - who seem to relish their roles and the grand sets they get to prowl around - and it's hard to imagine not having buckets and buckets full of ooey gooey bloody red entertainment.

I was lucky enough to see the recently restored version on the big screen. Here's the trailer for it (doesn't it look great?): 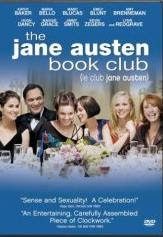 
Several women (and one man) fall into a book club devoted to covering off all of Jane Austen's novels. Each month they meet to discuss the next book on the list and slowly begin to work through their own messy lives and romances. Though the film occasionally borders on getting too silly with a few characters and their situations, it holds together quite well and weaves in various Austen plots and character traits across all the club members without having to match them up specifically with the books. The dialog is sharp and natural and the acting is almost uniformly excellent (particularly by Maria Bello). It ended up far exceeding my expectations. 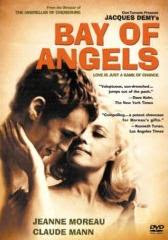 "Bay Of Angels" may very well be the perfect realization of the bittersweet world of director Jacques Demy. A young man falls into the world of gambling at ritzy French casinos and hooks up with the impossibly blonde Jackie. She's completely addicted to the highs of winning and (as played by the remarkable Jeanne Moreau) you feel like she can actually command that roulette ball to stop wherever she demands. Of course she can't, so the bulk of the film is the ups and downs the couple face together. You're left trying to decide whether the outcome of the film is a good thing for the two of them or not..."Umbrellas Of Cherbourg" and "Young Girls Of Rochefort" are more famous and beloved (by me as well), but this film truly captures a mix of happiness, regret, hope and sadness all at once.

Here's a great trailer for "The Fantasy World Of Jacques Demy" which includes clips from "Bay Of Angels" and several other great films by the man: 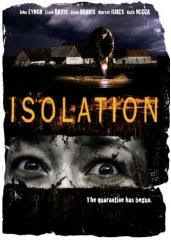 
Billy O'Brien's 2005 film "Isolation" is a straight up horror film for the most part, but being set almost entirely on a remote Irish farm with few characters (only 5 main people on the farm) allows it to build a great deal of tension over long stretches. And since the driving force of the story begins with a genetic mutation in a not-born-yet calf gone wrong, the unease you feel as the story moves forward is heightened by the fact you don't know what the hell the creature will suddenly be able to do. The lack of CGI and the run down, muddy nature of the farm create a very realistic environment for this science experiment gone wrong tale. Which is important when early on a vet gets bitten by the calf while it is still in it's mother's womb.
Posted by Bob Turnbull at 11:29

Good god! Horslips! An old girlfriend played me this album once. Not my bag at all... but talk about a trip down memory lane! I wonder whatever happened to them... and to her for that matter...?

What? You don't dig the majestic sound of the Uillean Pipes? Damn Sonny, what went wrong?

As for your ex, I think she's a roadie for Guitar Wolf now.