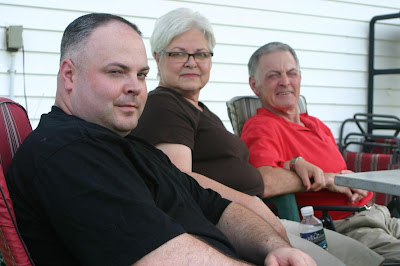 In 1998 Leslie and Brian Jenkins lost their 18 year-old daughter to a gunman who put 5 bullets into her while she sat in her basement. It wasn't long afterwards that they also lost their 20 year-old son - though this time it was to life in prison for the murder of his younger sister. How do you possibly cope with a situation like that?

If you're Leslie and Brian, you hang on to the last shreds of your family. For most of a decade, Mason Jenkins stands firm behind his wild story of a gang-style slaying of his sibling even though there's not a single piece of evidence to support it. His parents, for their part, stand firm behind him. They continue to pay him regular visits and refuse to believe that he could have killed his loving sister. However, they admit that he had his troubles (scrapes with the law, fights, thefts) and was a completely different child than the widely-loved younger Jennifer. Indeed, he had just been released from prison on Christmas Eve of 1997 - a mere two weeks or so before the murder. 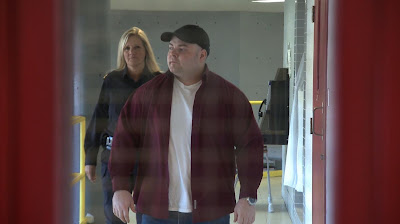 Through old news footage, police videotape, home movies and recent interviews with Leslie, Brian, Mason and various other people involved with the case, director John Kastner builds a unique portrait of the Jenkins family. Sometimes awkward and not always compelling, but definitely unique. While Leslie seems to be reasonably grounded and able to speak coherently about the past and the present, Mason jumbles numerous staccato fragments together and Brian comes across as a completely broken man. His police interviews days after the event are almost incomprehensible and bordering on pathetic. After a decade of supporting his son and desperately trying to pull together the frayed ends of the family, Mason's change of his story coincides with a rapid decline in Brian's health. He's now physically and mentally shattered and struggles to put simple sentences together.

If there's a problem with the film, though, it's with these central characters. The story is well constructed, the revelations properly timed and archival footage is used appropriately to impart information, but the Jenkins family just aren't able to express their situation or their emotional states in any sort of engaging way. They aren't natural storytellers nor do they seem very comfortable in their own shells. It doesn't make the events themselves any less fascinating, but certainly affects the telling of them.

Photos ©2009 JSK Jasper Productions Ltd and the National Film Board of Canada.
Posted by Bob Turnbull at 08:22

I agreed with this review overwhelmingly until I read the portion about the Jenkins' family lack of expression being a hindrance to the film. I completely observed the same thing you did, yet I felt that the inarticulateness and lack of emotion to be absolutely central to the story. In any other family, you'd see explosive and emotional scenes once the family was confronted with the truth, but this family tamped down their rage and judgment. I think you could make a fairly good case for the fact that this reserve and lack of transparency added to the scenario, but it certainly didn't detract from the movie.

Hi Stefanie...Thanks very much for reading and commenting. Indeed you're right that their inability (unwillingness?) to open up emotionally is a unique feature of the film, but it closed the family off to me. I suppose that's not the movie's fault - you work with what you've got and that may have been one of the attractions for the director - but I couldn't quite put myself in their places when I didn't even feel they were being honest with themselves.

Having said all that, I am curious to see it again now that you've made me think about it again two and a half years later...B-)

Wow. I just finished watching this film on Netflix and it left me with a horrible feeling that this psychopath might get released from prison. Did anyone else notice the lack of remorse or any emotion at all when he describes his plan to kill his family ??? For the protection of society, this guy should stay in prison for his entire life!
And the family was sooooo in denial! The father is not opening his eyes to the facts at hand but still trying to live in this false reality that he is still part of a family unit? Obviously that way of thinking is down right killing him. The faster he can move on and realize the fact that his family is not a family unit anymore , the better he will become.

Hi pug...It does boggle the mind doesn't it? Particularly the father's inability (or unwillingness) to see what's in front of him. It may very well his coping strategy, but from the outside looking in it doesn't appear to be working...

By the way, since the post is old, blogger is defaulting to moderation of the comments - I got your second comment as well (which I assume you posted because the first didn't appear to go through), but I only published the first...