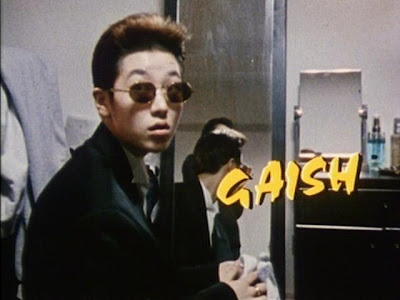 It's 7AM and as the streets of Tokyo start to come alive, a group of Onnabes leave the New Marilyn Club to head back home. After a long night of entertaining customers at the club and singing Karaoke, they're pretty tired, but their suits are still sharp as ever (if a little baggy) and their hair looks freshly coiffed. Apart from the fact it's early morning, they don't look much different than any other style conscious young man looking to make an impression - except for the fact that they are all women. After all, the term Onnabe refers to a woman who lives as a man and dates other women. "Shinjuku Boys", a documentary from 1995 by Kim Longinotto and Jano Williams, not only introduces us to three of them, but provides three very intimate portraits.

This year's Hot Docs Canadian International Documentary Festival has, as one of its many programs, an Outstanding Achievement retrospective on filmmaker Longinotto. She's won numerous awards for a variety of documentaries (such as "Rough Aunties", "Divorce Iranian Style" and "Sisters In Law") and many of them focus on women in extraordinary circumstances and provide some understanding as to how they survive. Given that and a quick reading of the topic of "Shinjuku Boys", one might be led to think these women are reacting to a very patriarchal society and looking for their own roles within it. That's not the case. These women (or "boys" as they tend to be referred to - even by each other) have far more personal reasons for choosing to adopt these more masculine roles. 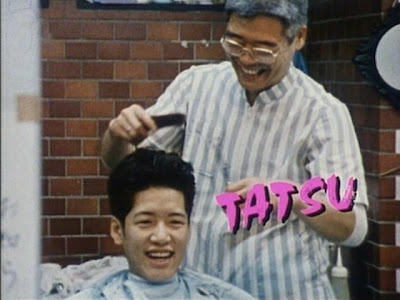 The film splices in scenes from within the club (where the Onnabes work as hosts to female clientele) with individual interviews and glimpses of their personal lives outside the club. Of the three, Gaish is the only one who seems to extend the contacts from within the club to outside. She seems to attract several clients who want to keep her to themselves and are very eager to have a monogamous relationship. Gaish also seems to relish being slightly cruel to these women - purposely ignoring their calls, hanging up on them and being a bit too brutally honest. Of course, it only pulls these women in deeper. Whatever it is they aren't getting from the men of Tokyo, Gaish seems to have it. Tatsu, on the other hand, lives with a lovely young 19 year old girl in what seems to be a very caring relationship. The hormone injections seem to be helping bring out further masculine traits in Tatsu (and more hair), but it won't help in ever allowing them to conceive a child together - something they seem to accept well enough, though there are certainly pangs of sadness in their words. Kazuki also seems to have found a partner outside the club. She lives with Kumi, a man who lives as a woman, and though their relationship is "sexless", there appears to be a strong, comfortable and completely loving rapport between them.

The film works so well because Longinotto and Williams have found some amazing subjects who are willing to share their lives and talk openly about them. And yet, Kazuki has not even told her own mother about being an Onnabe. One of the best scenes in the film actually shows Kazuki calling her Mom, delicately broaching the subject and finally telling her about how she really lives. She shares with the camera how terrified she is, but her chain-smoking through the call is enough to let us know that. The only issue I have with the film is that it's too short - at 53 minutes, we simply don't get to spend enough time with these three fascinating people who are so much more than just their chosen lifestyles. I wanted to hear more about Tatsu's plans for the future, Kazuki and Kumi's little spats and Gaish's underlying sadness. There's likely even an entire separate film to be made about the women who frequent the New Marilyn Club - are they truly disillusioned with the men they know or do they find something special in the Onnabes? There are many angles with which you could follow up and maybe that's why the film is so short - after hooking us with these intriguing characters, they expect us to do even more research on our own. 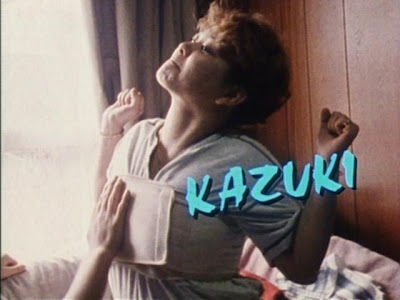