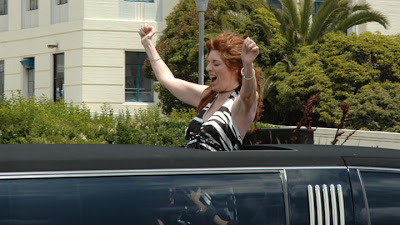 Leave Them Laughing (2010 - John Zaritsky) - Carla Zilbersmith has Amyotrophic Lateral Sclerosis (better known as ALS or Lou Gehrig's disease) and is slowly, but ever so surely, breaking down. The motor neurons that control her muscle movement are shutting down and gradually her ability to walk and talk is being constricted. It's a horrible disease. So why does she laugh so much? It's part of the determination that she and her teenage son have to make the most of the life she has left and its a contagious feeling that spreads to those around her (the title of the film is a pretty accurate statement). The film bounces us between footage of Carla before she was diagnosed (as a performer, singer, comedian and story teller, there's plenty available) and through different stages of the progression of the disease. There's ups and downs - her final singing performance and her son's moments of depression late in the film are particularly heartbreaking - but her spirit shines through. 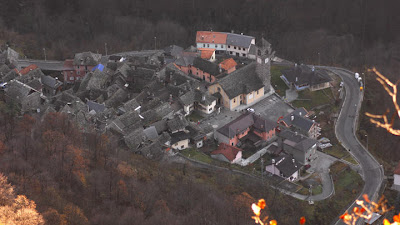 The Mirror (2010 - David Christensen) - In a valley in the Italian Alps lies the small village of Viganella. It's scenic, attracts a certain amount of tourists in the summer and has people who appreciate a quiet life. It's otherwise unremarkable - except that for about 2 months of the year it receives no direct sunlight because it sits in the shadow of the mountains. Of further note is the grand plan its mayor has to increase tourism: install a large mirror high on the hillside to bounce sunlight into the town during those dark months. The film moves at what I expect is the same pace as that of the town itself. It saunters through the gradual process of building and placing the mirror while we casually meet some of the denizens. Though we get some semblance of a slice of the life in a quiet mountain village, it doesn't amount to much more than simply being quite lovely at times. 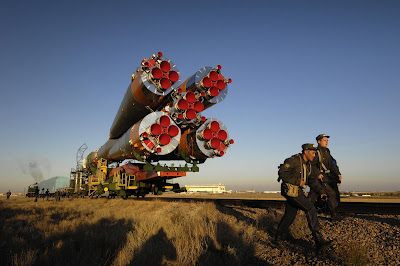 Space Tourists (2010 - Christian Frei) - One of my favourites of the screeners I've watched so far, Frei's film is actually several different stories wrapped up into a whole that is greater than its individual pieces. The film centers around Anousheh Ansari who is an engineer, businesswoman and a space tourist. Her wealth has enabled her not only to sponsor the Ansari X-prize (for privately-funded space travel), but to pay $20 million to hitch a ride with a couple of Russian cosmonauts to the International Space Station. The footage from space is glorious, but the tale also touches on the run down status of the once mighty Russian space program, the farmers who make industrious use of the rockets that fall back to Earth and the preparations being made by the next tourist. In some ways it's just as slow paced as "The Mirror" (above), but each section is compelling and pulls you along for the ride. Even better is how they all tie together. Fun fact: the metal salvaged from fallen rockets and sold to China may currently be in use as aluminum foil wrapped around leftovers in your fridge. Now that's a global economy.