I love the NFB. Have I mentioned that before? Oh, wait, yes I have.

All 3 of the films below are NFB contributions to Hot Docs: 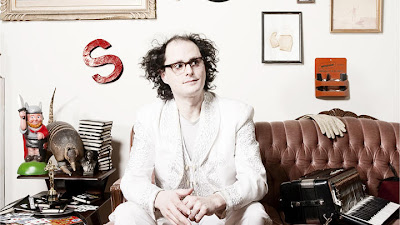 The "Socalled" Movie (2010 - Garry Beitel) - Funk, Rap and Klezmer. An obvious combination of musical styles right? No? Well, Josh Dolgin thought they were and so he began to experiment and create songs using these styles as touch points. In his younger days, he called himself "Heavy J" in order to fit in with the scene. It never really took hold, though, and people started to call him "The So-called Heavy J". After awhile, that last part dropped off and he became "Socalled". Through 18 or so short sections (some a few minutes, some closer to 10-15), we watch Josh create, perform and talk about his art. My favourite portion has to be his meeting and NY concert with Fred Wesley - former trombonist and leader of James Brown's band - where they bust out some serious funk. I get the feeling Dolgin is a spiritual kin to Glen Hansard (from the film "Once") who proclaimed "Make art! Make art!" at the Oscars a few years ago. That's just what Dolgin does on a daily basis. 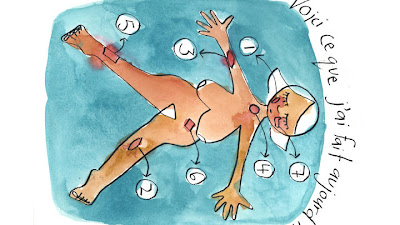 Flawed (2010 - Andrea Dorfman) - Possibly the most charming film I've seen this year - and it's all of 12 minutes long. Comprised solely of a stationary camera positioned above a drawing table, director Dorfman relates a tale of meeting a man and their correspondence using homemade postcards. As the story progresses, we see examples of these watercoloured postcards being made (via timelapsed photos) while the narrator muses on self-esteem and being comfortable with yourself. The drawings are lovely, the message spot-on and the tone, well, charming... 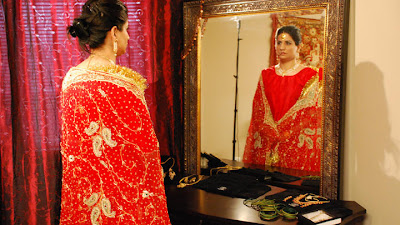 Namrata (2010 - Shazia Javed) - Namrata looks at herself in a mirror while wearing, for the first time since her wedding day, a gorgeous red sari. Her emotions are mixed though. She talks about how optimistic things were at the time as she was presented an arranged marriage to a North American-raised Indian man and promised wide open possibilities. Unfortunately, that's not quite how it turned out. He soon turned out to be very restrictive, controlling and abusive (even recruiting his sister and mother to hold her down as he beat her). Namrata tells her tale very simply and, aside from the usage of the mirror to reflect her mixed feelings, the film is shot very simply too. Within its compact 9 minutes, it builds this horrific environment that Namrata was stuck in and then resolves it with a smile-inducing answer to the question of "so what did she do?". Simple, but effective (and also a bit depressing that men like this still exist in our society).

Hot Doc screenings of "Namrata" (precedes the feature "In The Name Of The Family"):
Saturday May 1st at 7:00PM - Royal Cinema
Sunday May 9th at 6:45PM - Isabel Bader Theatre
Posted by Bob Turnbull at 14:27