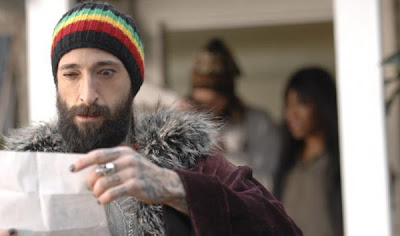 The stoner comedy High School wanders in a haze between well-executed smart comedy and stupid humour. Sometimes awkward, sometimes hilarious and sometimes just a little bit slow on the uptake, the movie itself acts as stoned as the entirety of the student body (and most of the teachers) during the one particular day on which most of the movie is set.

Henry is a star pupil all set to wrap up his high school phase and move on to what lies ahead at M.I.T. Aside from a last minute battle for the top G.P.A. score of the school, his life seems pretty much on track. So he decides to throw caution to the wind and try, for the first time, getting high with his old elementary school buddy. After several years of divergent paths, they reconnect one day and Henry accepts his stoner buddy Travis' offer to take a few tokes. Unfortunately, he does this the day before militant school principal Gordon decides to test the entire school for drug use - with anyone showing positive signs getting expelled. Worried that he's ruined his life, he begs Travis to help him. They come up with a bold plan: get the entire school high before the drug test and the results will have to be thrown out. 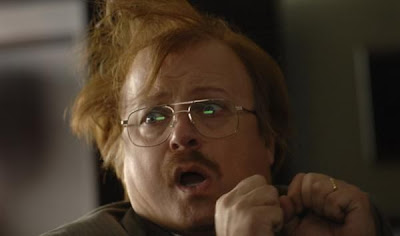 To kickstart the plan, though, they need a massive amount of weed. They raid the stash of crazy local dealer Psycho Ed (a relatively unhinged Adrien Brody) and mix it into brownies for the next day's bake sale. As the kids and teachers who have sampled their wares begin to feel the effects of the drug, the day starts to get more and more bizarre - especially when Psycho Ed shows up looking for his potent pot. The premise may sound a bit, like, out there, but the build up to it manages to stay afloat on the strength of numerous cameos (Yeardley Smith, Curtis Armstrong, etc.) and a willingness to try just about anyting for a laugh. It's not always successful since it sometimes feels like you're a passenger riding with a student who is learning how to drive a stick shift for the first time, but it hits certain sweet spots often enough to earn audience good will.

The film's trailer doesn't do it justice of course. Brody plays Psycho Ed at about the fever pitch level you might expect from a character named that, but he also brings some subtlety and comedic timing to the role. The funniest scenes in the movie are riffs on the typical stoner response of "What?" to conversations aimed at them - to keep that gag running for minutes at a time may seem like a joke stretched too thin, but Brody and the cast manage it. Other jokes and situations don't fare as well (and there's a lack of consistency with the tone and pace of the humour) and it feels like there are some missing plot elements that could have solidified everything. Perhaps the crew on set should have left the catered brownies alone...

Overall though, it was enjoyable fare that walked that fine line between smart and stupid - even if it occasionally forgot why it was walking on it.
Posted by Bob Turnbull at 01:10