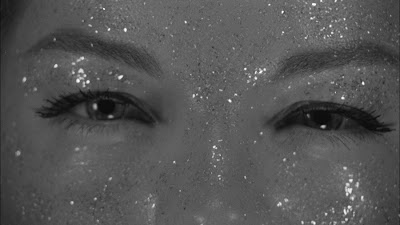 "You have to see your madness through"

Somewhere late in Serge Bromberg and Ruxandra Medrea's new documentary L'Enfer D'Henri-Georges Clouzot (about the famed director's "lost" 1964 film L'Enfer), Clouzot himself states the above philosophy. It's meant as a general approach artists should take with their work, but by this point in the story it feels more like a summation of both the main character arc from the aborted film as well as Clouzot's own journey trying to make it. Clouzot's script for L'Enfer is built around the obsessive jealousy of Marcel, a middle-aged, chisel-featured man married to a much younger and beautiful flirtatious woman. The main goal of the filmmaker was to try to visually render feelings of anxiety and neurosis. If nothing else, from the many clips of never before seen footage the documentary shares, it appears he would've succeeded on that point remarkably well.

Clouzot had just started getting his cast ready and was about to begin helming the shoot when the studio gave him an unlimited budget. It probably shouldn't require hindsight to realize that removing all financial controls from the dream project of a known meticulous and perfectionist director (qualities for which Clouzot was criticized by the New Wave directors) may not have been such a good idea. Using many present day interview subjects who worked on the film and behind the scenes footage, we get a good feeling of how things got away from Clouzot and why the entire production spun out of control. It's a kind of Lost In La Mancha scenario wrought 40 years earlier (run-ins with star Serge Reggiani, the impending draining of a lake important to the film, Clouzot's own physical collapse, etc.). There's a goldmine of elements the directors pull from which leads to a somewhat jumbled affair, though still quite a propos for what must have been a chaotic and frustrating shooting period.

It's all terrific stuff, but the truly amazing and jaw dropping moments come from the "lost" footage shot for the film that has been sitting with Clouzot's window for greater than 40 years now - 13 hours of it sitting in 185 cans. Comprising only a portion of the initially scheduled 4 weeks of outdoor shooting (and none of the proposed 14 weeks of soundstage scenes), the documentary slowly pieces together what the film may have been like. The footage of the film is brilliantly composed and framed, but the standout sections are the hours of tests (shot in both black & white and colour) for the delusions Marcel has during his struggle with his jealousy. Playing with light, water and "kinetic art", Clouzot devised some stunning visual experiments and captured them on film. The trailer above shows star Romy Schneider in numerous seductive poses and moments, but there are hundreds of other tests that were done using optical tricks with faces, colours, lines, spinning objects and all manner of shapes. The dream sequence from his 1968 film Les Prisonnieres gives an idea of how he may have used these same effects in L'Enfer, since some of the sequence is duplicated if not directly taken from the 1964 tests.

All these clips are mixed with the sounds and electro-acoustic music found on the only audio tape from the entire production (none of the film has any sound associated with it). Along with those external scenes and "re-enactments" of what were to be some of the key soundstage scenes, we get the basic structure of the film Clouzot had in mind. From Bromberg's slightly rambling yet passionate and entertaining introduction and post-film comments, there sounds like there's another equally interesting documentary to be made regarding the release of the footage by Clouzot's wife. Apparently the Inferno that engulfed Clouzot had been smouldering with her for decades as well.

It's hard to say what L'Enfer would've ended up like, but I damn sure wish I could've found out. Fortunately this incredible document exists to tease us with what might've been. 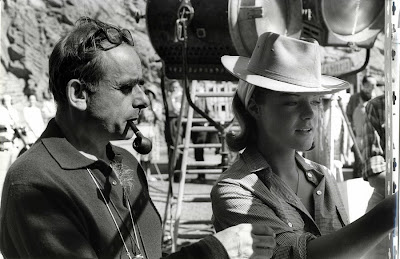 Aaaarggh! I feel even worse for having missed seeing La Prisonniere theatrically when I had the chance.

I'd love to see it...I heard the dream sequence was by far the best thing about it, but anything Clouzot is a must see for me at this point...

Hey, I saw this at Telluride. It has some great footage.