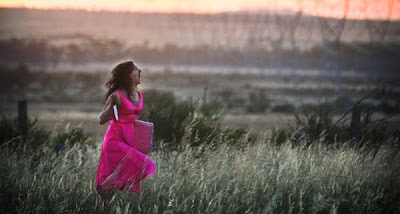 Maybe it was just the pumped up Midnight Madness crowd (perhaps psyched by initial descriptions of this otherwise unknown film as a mix of Carrie and Pretty In Pink as imagined by Sam Raimi) or the tiredness brought on by a 5-film day, but Sean Byrne's The Loved Ones ended up being one of the most memorable and fun screenings of the entire film festival for me. Apparently I'm not alone in thinking this either as it won the inaugural Midnight Madness Audience Choice Award.

Though not really a mash-up of the two films mentioned above, Byrne's Aussie horror had surprises, gore, disturbing scenes and plenty of humour for everyone's fill. Most of all, though, it had a keen eye for composition and pacing. It takes its time, uses long takes and builds up its head of steam through story and character. For example, there's a sequence late in the film that most directors would've likely rushed through, just to get to the "kill" shot. Byrne flips it around though as he uses several long establishing shots and then a very long single zoom into a character's face. The entire audience knows what's coming, but he holds it, holds it and holds it some more (creating a giggling sense of anticipation in the crowd) and then releases a very quick shot of the end result to a huge audience reaction. Byrne and crew know what they are doing. It's best to go into the film knowing as little as possible. Granted, that should go for most films, but it's of particular worth here. So aside from saying that Brent and Holly have plans for the upcoming prom night which don't quite pan out the way they expected, I'll leave it at that. There's other story threads that are spliced into the main one and each ties back in some way to the title of the film. These changes of pace also help to break up some rather intense scenes going on elsewhere - though don't mistake "intense" for "torture porn" (a term I dislike, but I can see how some might think there are elements of that if they hear more of the plot details). The gore is not gratuitous nor is it random. Anyway, the dysfunctional relationship at the heart of the main story keeps the viewer always a bit off balance and usually laughing while they attempt to right themselves.

What makes the whole film work so well is how the story is told. Not only is Byrne not afraid to show a familiar scene in a different way, it seems like he's embracing the chance to do so. Whether it's via his choice of framing, editing (including restraint in allowing a scene to play itself out) or not giving his male lead very many lines of dialogue for probably about 75% of the movie, there are many things that set The Loved Ones apart from many of the other horror and genre films out there today. Including the fact that it's highly entertaining. 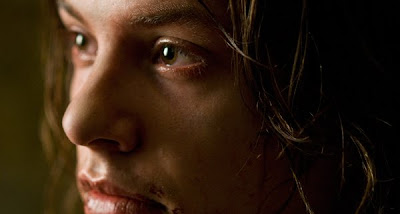 I regretted missing this one. Too old to handle Midnight Madness and couldn't fit it into a daytime P&I screening. But you've convinced me to catch it if it ever comes Bayside.

Ya gotta let me know what you think when you see it...It obviously helped to have a full MM crowd, so that probably biased my thoughts, but it had a lot of really well done and sharp moments.