A Year of Favourites


When looking back at a year's worth of movie-watching, I prefer to take a leisurely walk through all the films I saw - not just the ones released in the calendar year. I actually do have a Top 10 for this year, but I'll start instead with my list of favourite non-2009 films I saw for the first time since January '09. 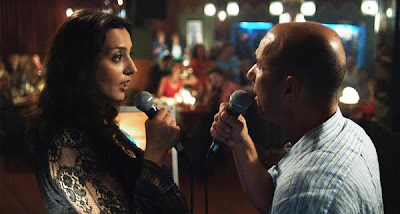 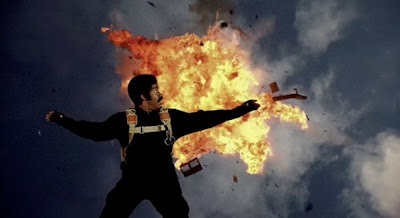 
To close off the year, a quick look at how I ended up doing on my movie related resolutions from an early post last year:


My only new resolution is to not make any further resolutions until I've completed my previous resolutions. So I should be good for awhile...
Posted by Bob Turnbull at 21:26

Hey, been following your blog for a while without ever saying anything. Just wanted to say hello, and I look forward to hearing your thoughts on Chabrol and Denis, who happen to be my two favorite directors. :]

Good call on I'm a Cyborg, But That's OK; I saw it just the other day and really liked it. Like Thirst, it's a minor one for park, but still really good, and totally undeserving of the bashing it has received.

Have fun with those films and filmmakers you want to see more of. Le boucher is quite good, as is Les biches. And for Rohmer, the only two of his I've seen are The Bakery Girl of Monceau and Claire's Knee, both of which I also quite enjoyed.

Amazing Post Bob! I love how you look back at not only the new but older films seen - quite a few there that I will have to add to my list like Time Crimes, I'm a Cyborb But I'm OK, and House. Thrilled to hear you enjoyed Women on the Verge of a Nervous Breakdown - it was my first Almodovar and I think it still stays my favourite.

Your top 10 of 2009 is awesome, I love that it ends with Black Dynamite - can't wait to get that on DVD! It's also great to see more love for In the Loop - that film was freaking amazing.

I'm with you on some of the resolutions - no luck with microcinema here either.. although I did make it through my unseen DVDs and truth be told - not all of them were worth it! C'est la vie! Here's to a great 2009 and an even better 2010!

And I think you can take yourself off the hook on Quebecois film in the theatre - I believe the only one that made it here in the Tdot in 2009 was Polytechnique. So sad that we are only a provincial border away yet we get so few of their films...

Great year-end list, Bob. I look forward to tracking down the Aussie horror flick that is your #10 choice. Also, I'm glad you love , too, I think when I get around to doing my list it actually might be a little higher.

Finally I can't wait to watch The Best Worst Movie...my brother and I love Troll 2, especially with the hilarious RiffTrax by Mike Nelson accompanying it. Really looking forward to that doc, and I'm glad to read it doesn't disappoint for fans of the movie.

Your list had a couple of films I'm unfamiliar with. Could it be that there's some stuff that makes it to Canada but not south of the border?

You're in time to have the R1 version of Bigger than Life coming soon. I will be interested to know what the extras are compared to the BFI R2 version that I have. Among my favorite Ray films are On Dangerous Ground and Bitter Victory.

Among older films, I finally saw City for Conquest a few months ago. That film rocked! I love vintage Warner Brothers movies.

Hi Prof Glum! Thanks for stopping by and commenting - it's greatly appreciated. I don't have a great deal to say about either Chabrol or Denis at the moment as I've only seen a handful of their films. Chabrol seems to have a very measured pace to the films I've seen (A Double Tour, An Unfaithful Wife, Les Biches) and I like how it slowly pulls you in. In particular with Les Biches which I thought was pretty damn great.

Denis is still a bit of a mystery...I very much liked 35 Rhums and how it not only took its time with the characters, but never really bothered to explicitly tell the viewer anything about them.

Marc, I've seen half of Rohmer's Six Moral Tales ("My Night At Maud's" is terrific), so I need to try to complete that. He has a few other serials (Four Seasons) that I'd like to start on as well.

Thanks Shannon...I still have a few Almodovars to catch up with - especially his most recent. Black Dynamite can't get here soon enough...

Thanks for the nice comments Kevin. "The Loved Ones" certainly benefited from a Midnight madness audience, so I hope it holds up as a rewatch. I'm betting it will. I think you dropped the title of one of the films from this comment --> "Also, I'm glad you love , too, I think when I get around to doing my list it actually might be a little higher." Not sure which one it was we agree on, but at least we agree!

Best Worst Movie just worked its charms on me. I still haven't see Troll 2 (I should look for the Rifftrax - I love Mike Nelson and MST3K), but I look for ward to seeing the doc again.

Peter, I don't think we get a whole lot in Canada before the states (maybe a few Canadian films). Much of my list came from festival screenings (TIFF, Hot Docs, Toronto After Dark), so some of these may not be released until 2010 (and hopefully will find their way to other people's lists then).

I can't wait for Criterion's "Bigger Than Life". Been wanting to see that for ages. "City For Conquest" is on my list too.

Great list. I can't say that I loved all of Black Dynamite (I think that at some point in the last third it spiraled out of control, though the climactic final battle had me screaming), but there are too many golden lines to quote and, until the WTF-wildness of Bad Lieutenant it was my favorite comedy of the year.

I've been wanting to see some Satyajit Ray films too; I keep hearing conflicting reports about Criterion trying to get a hold of the Apu trilogy but I never hear anything definitive. I need to check out Claire Denis too, as well as Agnes Varda and Assayas' back catalog. At the top of my list now are Tsai Ming-liang and Jia Zhang-ke (happy to see that 24 City is coming out Tuesday, along with You, The Living).

Hey Bob - just thought you should know I gave you a mention in a little blog-award thingy on my blog today.

Not a fan of "Inglourious Basterds," I take it? If not, I could see that that's something of an acquired taste. Picking Vera Farmiga for top female performance in 2009 shows you have impeccable taste indeed, but I'd argue that Christoph Waltz -- even for those who may have hated "Basterds" -- was a revelation. He immediately made Col. Hans Landa one of my favorite villains, and I am a woman who LOVES her movie villains! Mo'Nique, despite her sorry movie past, won top honors for me simply because she took my head off with her work in "Precious."

Hi Jake...Yes, I do actually agree a bit on the ending of "Black Dynamite" - it loses a bit of steam by getting too silly - but it had built up so much good will, it just didn't affect my feelins towards it. Still haven't seen "Bad Lieutenant" (and I love Herzog), but I will hopefully rectify in the next few weeks...

I would dearly love Criterion to release the Apu Trilogy - it came out in R1 a few years ago I believe, but I heard the transfers were actually quite bad, so I've avoided it. I may have to just splurge and get whatever is in R2 (and therefore ensure it does indeed come out in R1 for everyone else...exactly what happened with "You, The Living" by the way...). I need to catch up with Tsai Ming-liang and Jia Zhang-ke as well (only seen 1 from the former and 2 from the latter).

Thanks for the mention Hatter. Terribly kind of you. Comments to follow on your blog...

M. Carter, thanks for dropping by! In fact, I do very much like "Inglorious Basterds" - it's in my honourable mentions at the end of the post and just missed my Top 20. It might even go up because as I've started reading more reviews of it after having seen it, I began to really want to see it again (a good sign) and so I bought it. What held it back? Hmmm, the easy answer is Eli Roth - his emergence from the tunnel was ruined for me when he started grimacing and yelling which I thought totally ruined the character. But I can't blame him completely...Little things here or there I guess. The opening scene was great, but I think it had been hyped a bit too much - I knew where it was going to end up (how could you not), so some of th etension was removed. But yeah, Waltz was great. Probably moreso as the film went on.

And Farmiga totally won me over in "Up In The Air".

I think part of my disappointment in the film is that they ruined her character for me somewhat towards the end - and I didn't want them to. I think there might have been other ways of her rejecting Clooney (which I was fine with) then to have her be a lying cheating wife.

Maybe I was just smitten...

I enjoyed reading your end of the year round-up, Bob even if we don't totally agree on everything (Diabolik is perfect as it is, damnit!).

You've made me really curious to see some films I haven't seen yet such as I'm A Cyborg But I'm OK (I was one of those few people who liked Thirst) as well as The Loved Ones. Plus I'm dying to see L’Enfer D’Henri-Georges Clouzot which seemed to have spawned a thousand Romy Schneider fans.