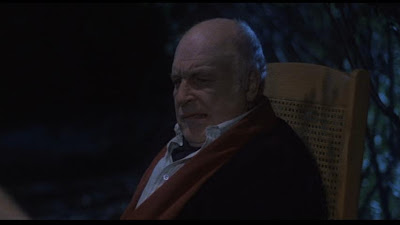 The Prowler (1981 - Joseph Zito) - If you're going to go the Slasher route for your horror movie choice, you can certainly do a lot worse than this early 80s example. The story is set during the first high school grad dance the town has seen since a double killing at the last dance 35 years ago. The murders were tied to a Dear John letter one of the returning vets received, and decades later someone in military fatigues is still pretty peeved about it. It follows a lot of the standard conventions - very vague characters (except the Final Girl who gets a bit more screen time), girls with "loose morals" end up being targets and characters being chased make really stupid decisions (at one point a girl is walking down a flight of stairs and notices the killer a flight above her - instead of continuing down the stairs to leave the house, she runs to a hallway and tries to get into several rooms and eventually makes her way out a back staircase when she was on the front one in the first place!) - but it handles them quite well, takes its time with some of the scenes and provides some good scares. And who doesn't like a good pitchforking? 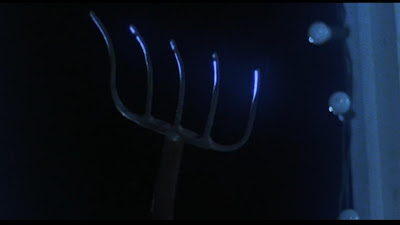 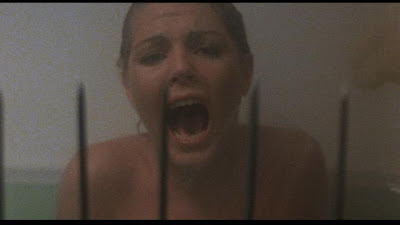 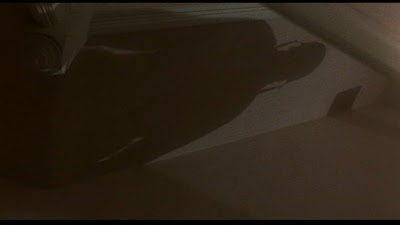 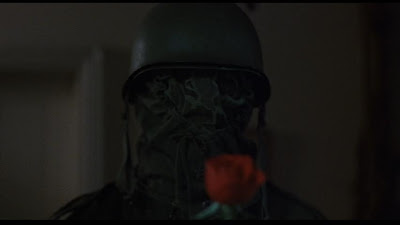 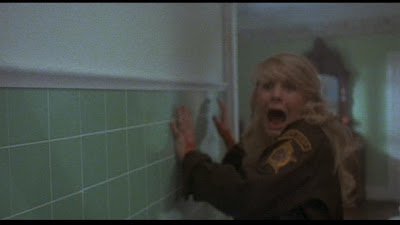 Madman (1982 - Joe Giannone) - If you're going to go the Slasher route for your horror movie choice, you can certainly do a lot better than this early 80s example. OK, so it's not that different than the previous movie described above (a madman who killed his family years ago still lives in the woods and reappears whenever someone says his name out loud), but the execution simply isn't there. The characters are less than shells, story threads are left dangling and there's never really a sense of anticipation built up as another death approaches. There's one or two inventive scenes and it never really tries your patience that much, but I suppose that may not be the most ringing endorsement ever. 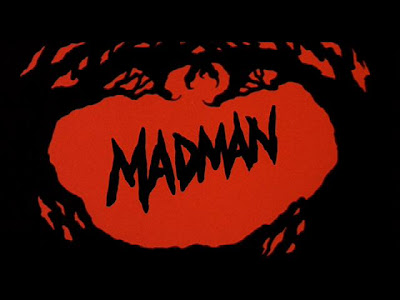 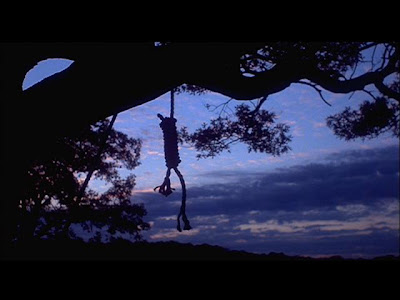 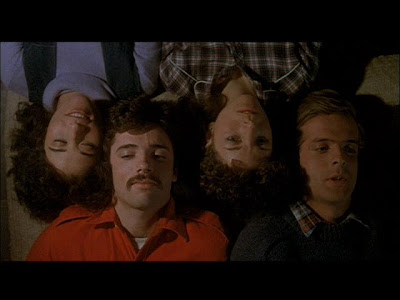 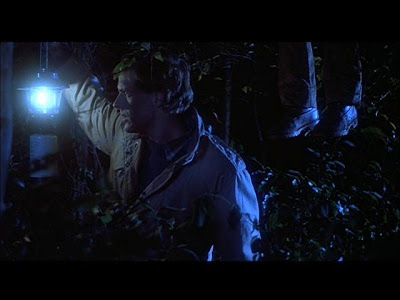 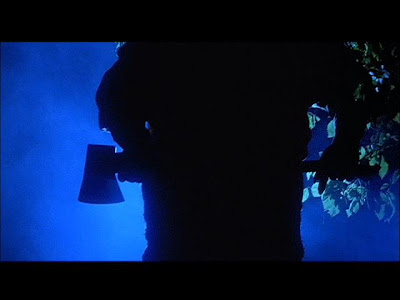 The Crazies (2010 - Breck Eisner) - A great looking, well acted and pretty faithful remake of Romero's original from 1973, this past year's "The Crazies" is a whole lot better than I ever expected it would be. That's not to say it's without problems - though this is more violent and gory than the original, it's far less angry and perhaps isn't all that great at making its points. One can see how dropping out just about any point of view or interaction with the anonymous soldiers in their Hazmat gear hammers home the fear of government intrusion, etc. but it doesn't add a lot to think about. Having said that, the film is really well constructed and with Timothy Olyphant, Radha Mitchell and Joe Anderson doing fine jobs holding down the fort, I was happy to follow it through it's attempt at a realistic scenario. There's a great amount of attention put in each setup, framed shot and usage of natural landscape. 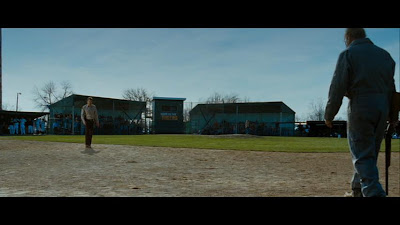 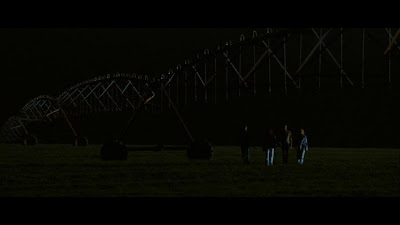 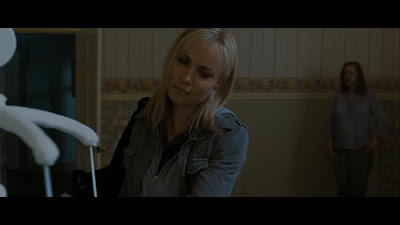 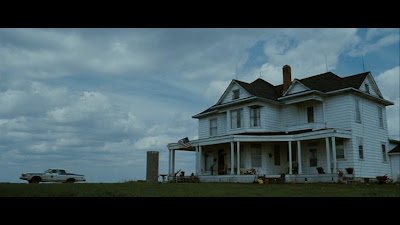 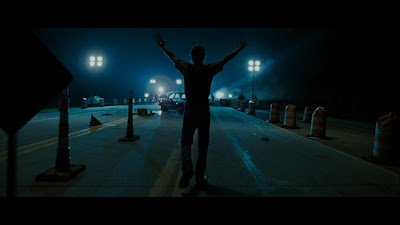 The Eclipse (2009 - Conor McPherson) - Less a horror film than a weighty look at the struggles of a few characters to move on with their lives. In particular there's Michael, recently widowed and finding it hard to get anything in gear. It's actually been about a year since his wife passed away, but he still thinks of his children as being the age they were at that time and won't confront his grief. The literary convention at which he volunteers brings him into contact with several new people - a full of himself author (played by Aidan Quinn) and another writer who actually manages to divert Michael's attention (Iben Hjejle). There's a great deal of imagery and careful framing around religious artifacts, but the core of the film is about people obscuring their own views of what is best for them and their families. Michael is often cast is very dark shadows and struggles daily to put a smile on his face. The few shocks in the film seem a bit out of place, but are very effective given Michael's state of mind. Yet another beautiful looking film, this also has a lovely main storyline even though it may prove a bit slow for some. 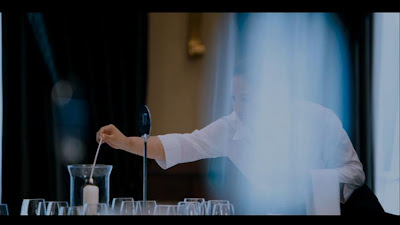 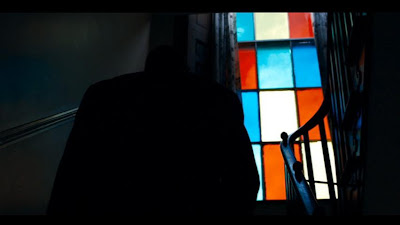 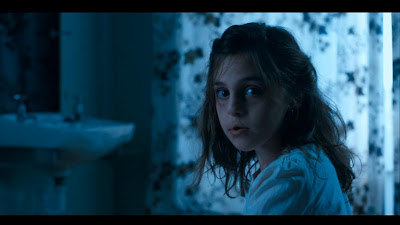 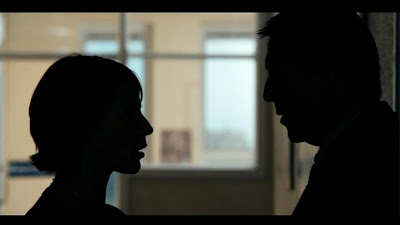 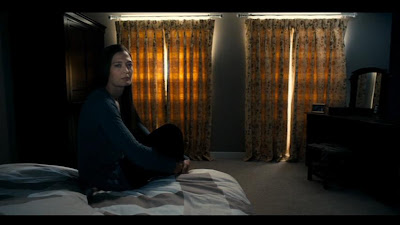 Glad you liked The Eclipse...I loved it when I caught it at the Underground...I may have been the only one there

It did help that my expectations were set going into The Eclipse - I knew it wasn't straight horror, so I was fine with the dramatic arc of the story. I think that even helped make the few shocks that much more effective.

It must have looked lovely on the big screen...I really wanted to make it down to The Underground for their screening of "Planet Of The Vampires" - alas it was not to be.

The Crazies surprised me, too. It's almost the perfect time capsule of contemporary fears. I kind of loved it.

I liked The Eclipse, but a friend of mine pointed out that Cirian Hinds looks like Sam the Eagle from the Muppet Show, and once a truth is seen, it cannot be unseen...

Ha! I burst out laughing at your Sam The Eagle reference. I think I'm stuck with it now too...Poor Hinds.

The Crazies looked a whole hell of a lot better than it had any need to and flowed awfully well. I've read some criticism of its inability to "say" something - I suppose it doesn't go after a message like Romero's does, but I'm OK with that. Did they waste an opportunity? Hmmm, maybe...Again though, I really enjoyed what they gave.