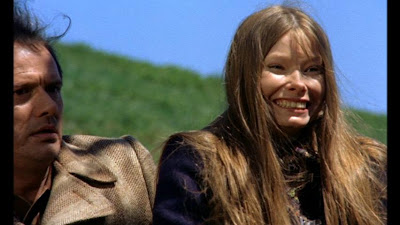 We're having some fun now aren't we?

Night Monster (1942 - Ford Beebe) - Another short and sweet hour-long early chiller from the "Universal Horror: Classic Movie Archive" DVD set. I'm really enjoying this set - the movies may not actually be "classics" as advertised, but they do what they set out to do with charm and even a bit of style. This particular selection focuses on an old rich gentleman using black magic to get his revenge against the doctors that couldn't cure his ailment. It doesn't take great advantage of either Bela Lugosi or Lionel Atwill, but it follows through with its premise, throws big shadows on the wall and has a skeleton materialize in a drawing room. Quality entertainment to be sure. 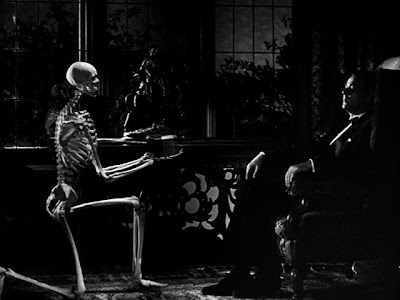 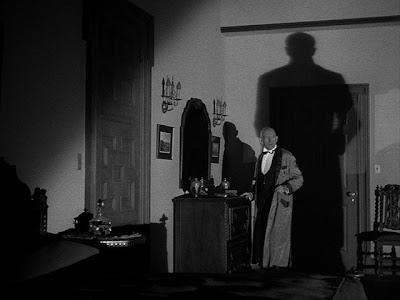 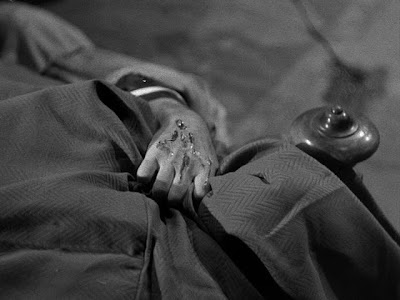 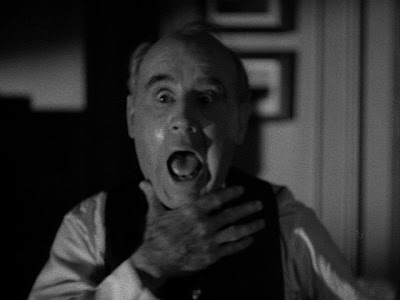 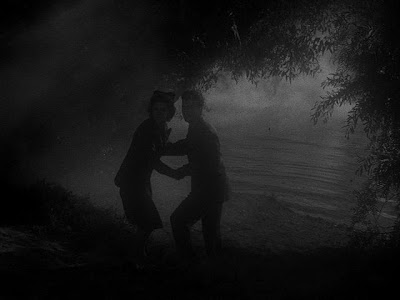 Horror House (1969 - Michael Armstrong) - Frankie Avalon does horror? Sort of...He's top-billed in this slight, yet still mostly entertaining late-sixties "Hey, let's go spend the night in a haunted house" tale, but fortunately he's only sporadically used (no offense to the guy, but his lone American accent and attempt at being a bit of a bad boy doesn't work so well amongst the other hep cats). It's oddly plotted in that far fewer murders than you'd expect actually occur and the gang leave the haunted house much sooner than you would hope - specifically, just when things are getting interesting. The acting is very solid, though, and it's still reasonably fun outside the horror elements. Sorry about the blurry screencaps though. I had fully intended to grab some shots via my capture card (since this was off PVR), but by complete force of habit, I deleted the movie as soon as I finished watching it. So this is what Google Search gets you. 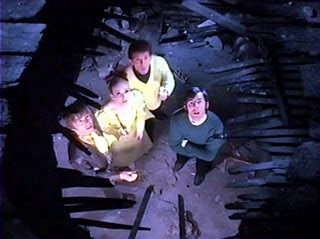 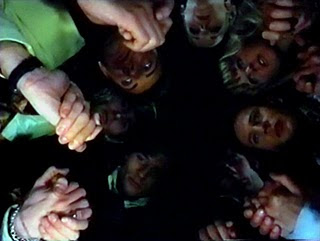 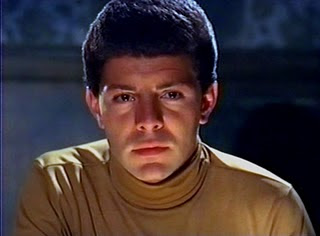 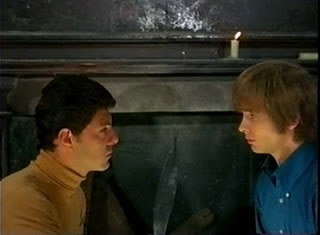 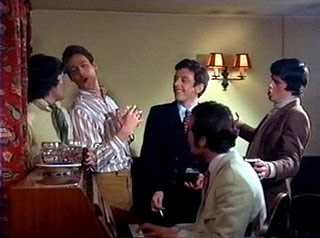 Captive Wild Woman (1943 - Edward Dmytryk) - The last of the Universal Horror set, this yarn of a circus animal trainer helped by a half woman/half gorilla (the result of a mad scientist's freak experiment) is an interesting mix of horror and circus documentary. The various footage of lions and tigers being trained in the ring is, believe it or not, really quite captivating, surprising and not just stock footage filler (though it was apparently taken from another movie entitled "The Big Cage" from a decade earlier). Dmytryk adds some nice touches to an otherwise pretty basic story (which is padded even for its short run time) and went on to make the great "Murder, My Sweet" only about a year later. The film was also the first of a trilogy based around the gorilla-woman (the other two being "Jungle Woman" and "Jungle Captive"), but it sounds like they should have let the beast go free after this first one... 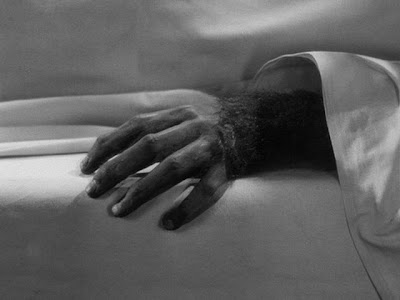 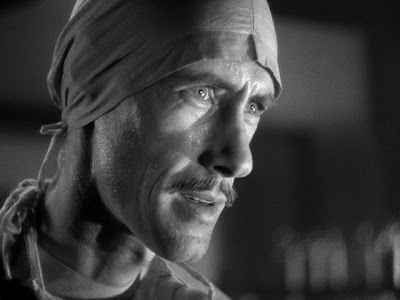 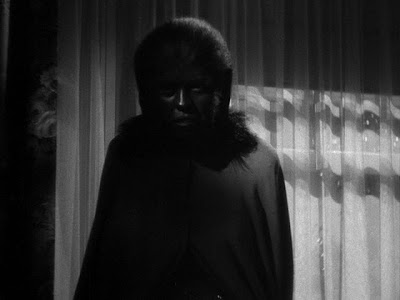 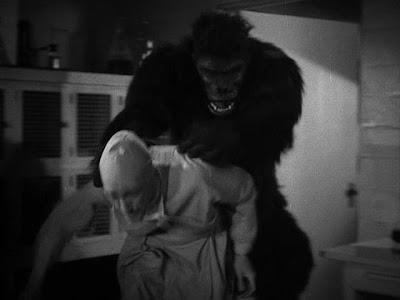 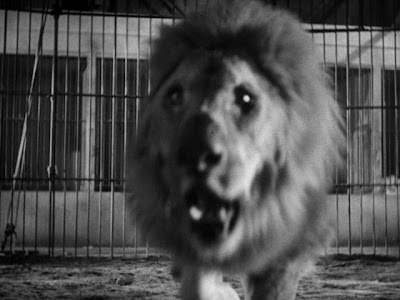 The Crazies (1973 - George A. Romero) - "How can you tell who's infected and who isn't?". In Romero's film, the crazies of the title are a town's residents who are infected by a military weapons test and begin to go insane. Since they also become violent and murderous, the military steps in to "help". When they shut down the perimeter of the town and move everyone (crazy and not yet crazy) to the school gym, things start to go haywire and those not yet infected become just as angry as those who have become certified. Romero's message about armed conflict is none-too-subtle, but still reasonably effective as we watch the crazy folks treated not much different than those who have yet to fall victim. It's somewhat hampered by some downright terrible acting (I know Romero was still doing his form of guerilla filmmaking, but couldn't they have found some local community theatre players to do better?) and a rather scattered approach to the plot, but the image of the soldiers in gas masks while everyone else is left to fend for themselves is one that lingers. 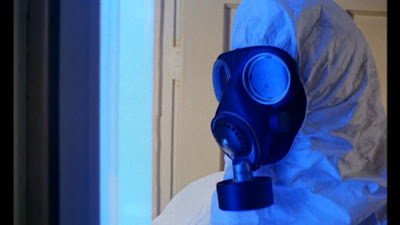 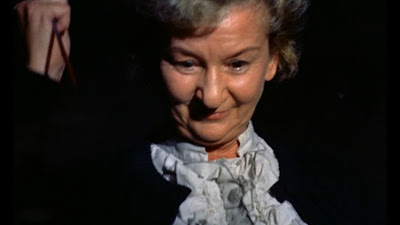 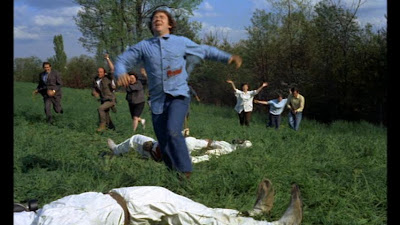 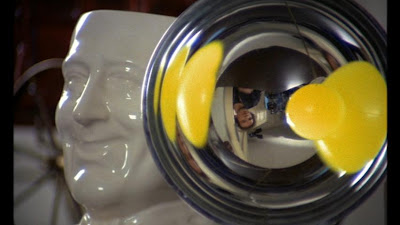 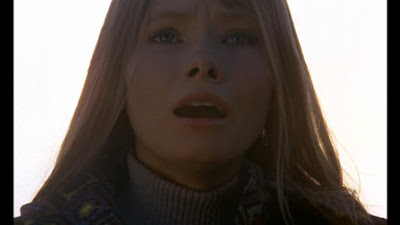