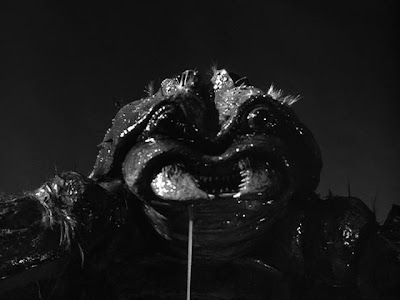 Drooling at the prospect of more horror? You aren't alone...

Sick Nurses (2007 - Piraphan Laoyont, Thodsapol Siriwiwat) - It was hard to tell whether I was laughing with or at this movie - most times I think I was doing both. Set in a hospital that apparently avoids having any live patients, a group of scantily clad nurses hang out in their dorm like quarters while harvesting organs from dead bodies acquired by the chief doctor. After one of them threatens to break the whole operation wide open (when the doctor refuses to marry her), she's killed by the group and returns as a black ghost to seek vengeance. It's all completely ridiculous and poorly acted, but in a way that feels intentional. The corridors are always brightly coloured, the girls are always in short skirts or skimpy clothing and none of the actresses has met a facial contortion they didn't fully embrace. There's no rules for the ghostly appearances (they can even happen in tandem it seems), but a few of them are actually reasonably well staged - not in any frightening or overly creepy way, but enough to make you think "well, that was pretty cool". Perhaps that's not what you really want to look for in a horror movie, but it did end up being somewhat goofy fun. There's also the mandatory shower scene, though in this one the nurse has an entire shower - shampoo and all - while completely clothed. That was one of those moments when I wasn't sure where to direct my laughter...At the movie? With the movie? Whatever the case, I sure did laugh. 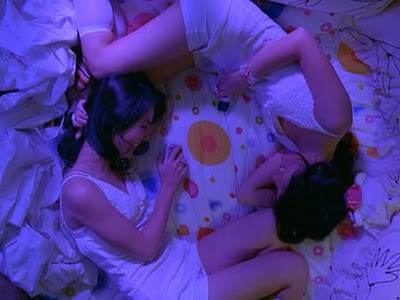 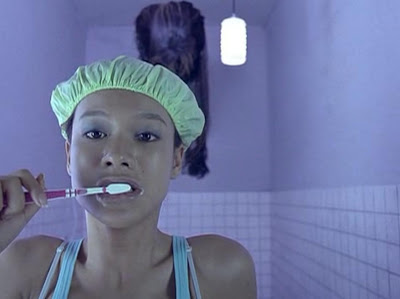 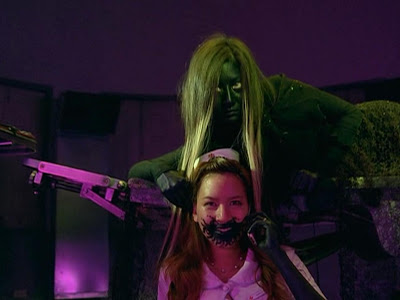 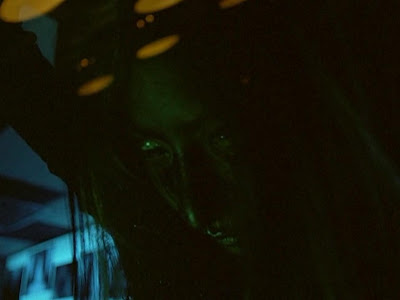 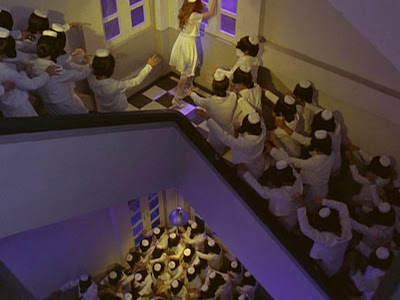 The Black Scorpion (1957 - Edward Ludwig) - You may notice there are no screen grabs of people for this film. It's not that there aren't human characters, but they simply aren't necessary in comparison to Willis H. O'Brien's wonderful stop motion animation (he was a mentor to Ray Harryhausen). A recent volcanic eruption has opened up the ground and allowed these cave dwelling massive scorpions access to the outside world. They feast in the evenings and have been attacking cattle, but now they're branching out. In order to stop them, a team go down to their lair to investigate, but find that there are many more of them than they expected (and that there are also huge worms and spiders in the depths of the Earth). It's not overly interesting whenever the scorpions aren't on screen, but they get their fair share in the latter part of the film, so it's still an overall good time. Not quite as strong as "Them", but in the same league as that classic giant ant movie. 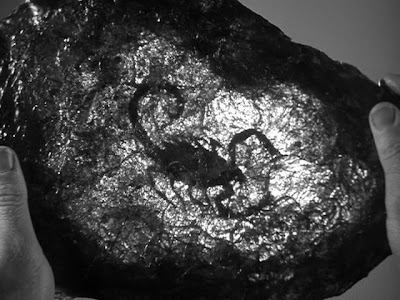 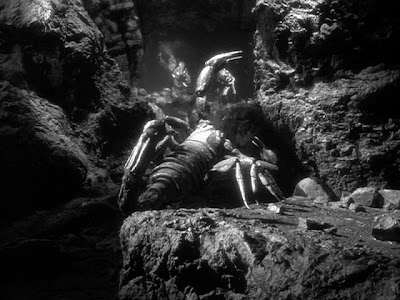 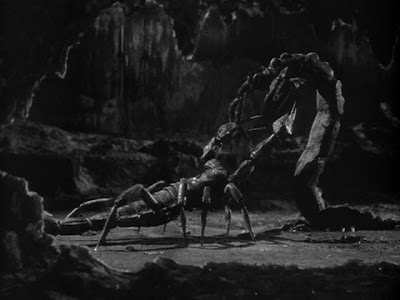 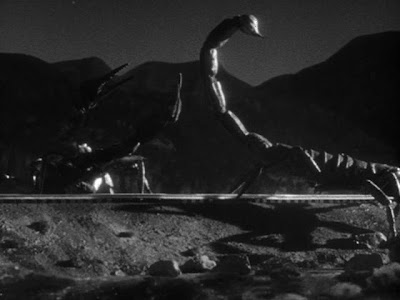 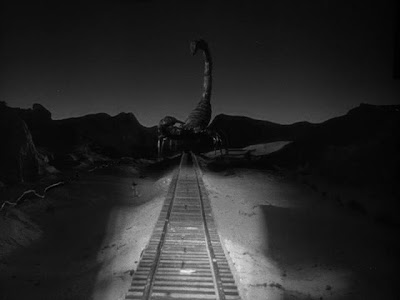 Dead Alive (1992 - Peter Jackson) - Possibly the goopiest film ever. I've held off this one for some time even though many have praised it to the skies and ranked it in the top reaches of the horror genre. I'm not a gore hound, so I wasn't relishing the idea of gore for gore's sake, but this turned out to be inventive, silly and a lot of fun. And yes, pretty damn disgusting. Peter Jackson and company were obviously just goofing around and trying to out-gross the previous gross-out and they pretty much succeed - every additional body part that gets lopped off or scampers away on its own or gets shredded by a lawnmower is just a bit more over the top than before. It doesn't really make sense why meekish Lionel Cosgrove digs his mother back up, but I don't think they were really trying to achieve a grand story arc here. Perhaps that's why this was also known as "Braindead". 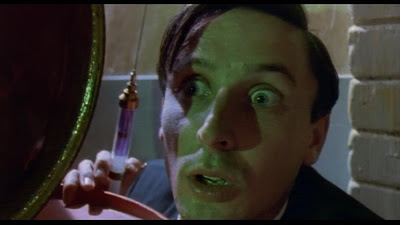 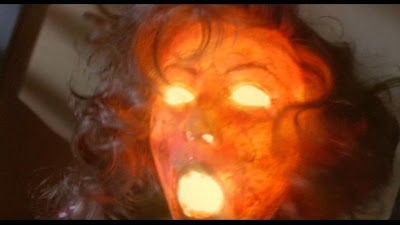 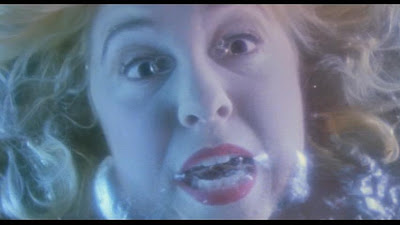 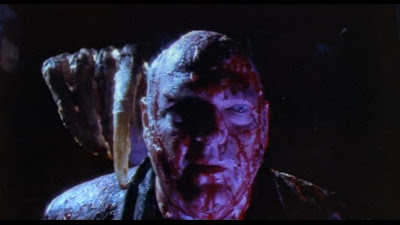 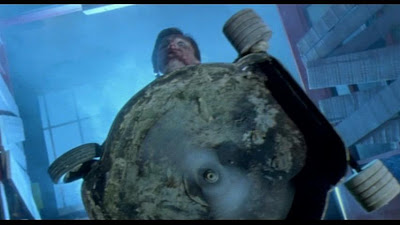 Hellbound: Hellraiser II (1988 - Tony Randel) - I think I preferred this to Clive Barker's original. The first movie's introduction of Pinhead and the rest of his Cenobite cronies was certainly freakish and terribly disturbing, but I never quite felt the horror of what was beyond them. The follow-up brings a very interesting take on Hell (one of the better ones that I've seen - though not quite rivaling "Jigoku") and how one would experience eternity trapped there. The re-birth of Julia in buckets of blood was truly disturbing and kind of nausea-inducing, but I suppose they were aiming for that so job well done...I didn't overly enjoy that particular section, but the rest was very creative and perhaps a shade less cheesy than the first. 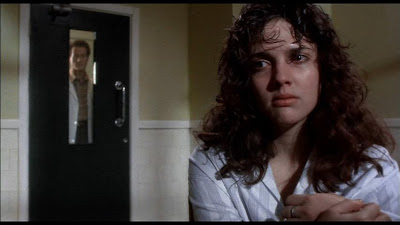 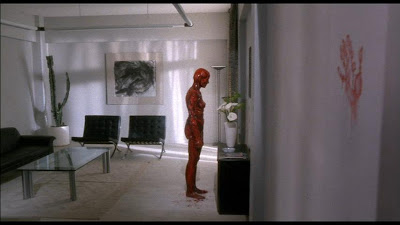 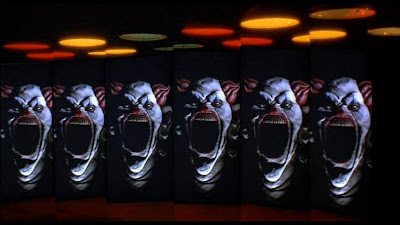 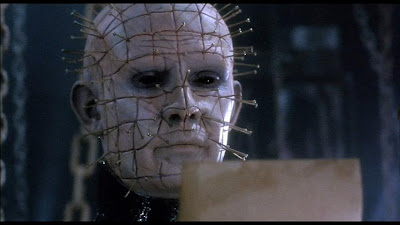 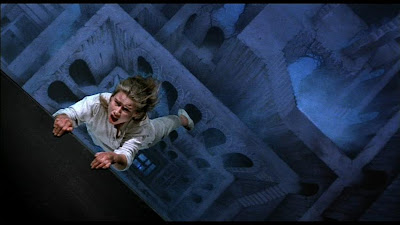 It saddens me that you feel the need to explain who Willis O'Brien is. It saddens me even more that you're probably justified in that. Sic transit gloria mundi.

I'm with you on Hellraiser II. It's a better movie than the original item. I don't much like the original, though, and when I revisited the second one after over a decade, it didn't hold up very well. But that happens, I guess.

Yeah, I don't see myself returning to Hellraiser I or II anytime soon. Not sure I'm gonna give the third one a shot either.

As for O'Brien, dude was so far ahead of his time.