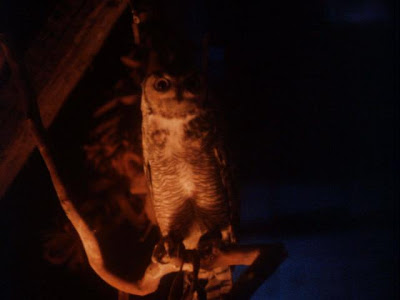 If you're counting, that 2 owls so far. I'll keep my eyes open for more.

Man Made Monster (1941 - George Waggner) - There's a lot to be said for a movie that states its business and proceeds to take care of it in just under an hour. Especially when it features Lon Chaney Jr. and loads of electrical-charge-generating lab equipment that zots, crackles and buzzes. Chaney is an affable survivor of a bus accident where the rest of the passengers were killed when the bus became electrocuted. Curious as to why he was able to survive it, two scientists (one good and one evil) invite him to participate in some experiments to determine what they can learn from him. Our evil doctor actually wants to transform him into a mindless automaton who only lives to be energized by electricity and to do his master's bidding. There's something genuinely charming about the film (and that's not meant in a condescending way) that makes it feel shorter than it already is. Lionel Atwill is terrific as the bordering-on-insane Dr. Rigas and never resorts to all out crazy maniacal laughter, but does still manages to show flashes of madness. Of course, Chaney's glowing body when he's all charged up is kinda cheesy-looking, but I never felt like laughing AT it. Part of this is due to Chaney's own charm on screen from his initial happy-go-lucky self through his slow disintegration. 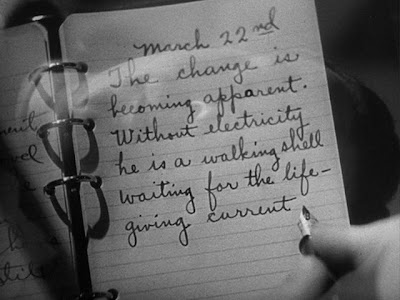 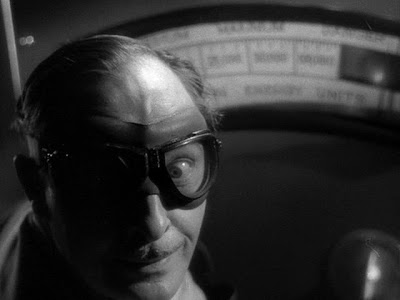 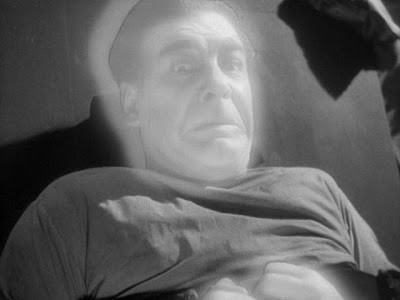 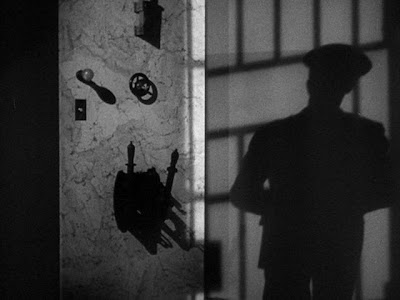 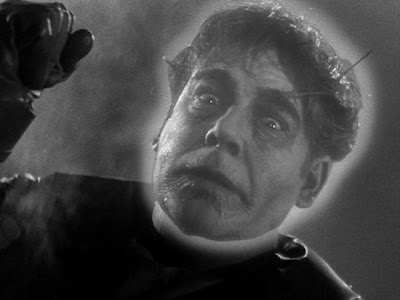 Demon City Shinjuku (1988 - Yoshiaki Kawajiki) - This is, in many ways, a prototype for a basic average anime film. Stock story, very stock characters, creative visuals, gorgeous colours, choppy movements and a headlong rush to wrap everything up by the 80-minute mark. A token amount of nudity here, a little blood splatter there and a world-is-coming-to-an-end scenario fill out the script. It's reasonably entertaining while it's on, but will likely fade from memory not long after you've watched something that reaches for a bit more complexity, some character arcs and a fully satisfying conclusion (something like the director's own "Ninja Scroll" which was 5 years down the road from this effort). It opens straight into action - a fight for Tokyo right on its own rooftops between former students of the art of Nempo. As it turns out, one of them has made a deal with darker forces and gained an upper hand in the contest. This first battle gives a taste of further fights to come as it uses lovely saturated colours, fairly simple and uncluttered backgrounds and never bogs itself down. The design of Shinjuku fills it with dark spaces, long shadows and deep blues and reds to make for a compelling backdrop to the numerous battles against other demons. Those battles are the main reason to watch the film, but it handles the build up to them by creating an atmosphere of impending doom. The look of the city alone helps this, but they've taken care in the design of the sound field to ensure that it feels like each corner of the city might have something else lurking in it. Unfortunately the backdrop to the story is far more interesting than the story itself. The characters have little of interest to say to each other along the way - no funny quips, no reveals of back story, no insights - and don't give you much to hang on to at all. For such slim character development, you have to wonder how the filmmakers suddenly found themselves at the point where they needed to cut things short. The last two demon battles and, unforgiveably, the final showdown are done at a rate that indicates either some kind of outside studio interference or perhaps simple boredom from the filmmakers who found themselves itching to get on with some new project. Perhaps they figured they had already done as much as they could with the uninspired storyline. 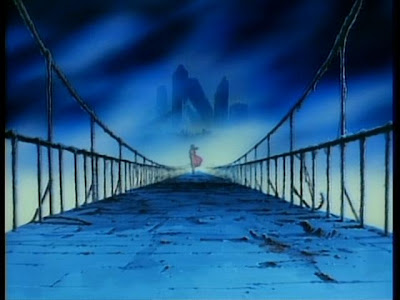 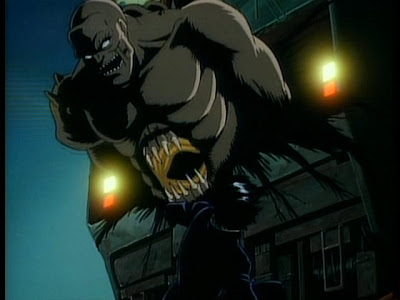 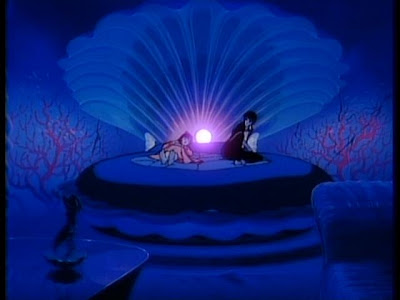 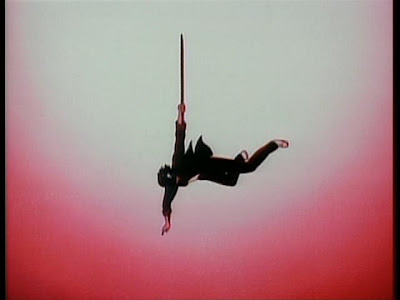 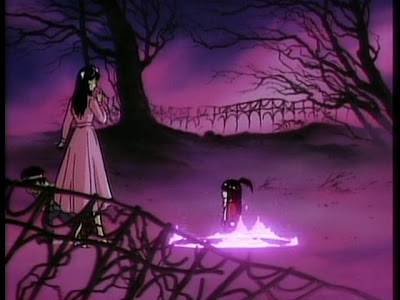 Horror Island (19 - George Waggner) - A slight film whose initial half drags with too many characters and not enough interest, this early 40s "horror" entry still manages to entertain by the end of its hour length. I was losing a bit of patience with the movie as it set up a weekend excursion to an island for tourists to find treasure and get scared by ghosts. Schemer Bill Martin and his crew have plans to turn big profits from the these excursions, but they didn't plan on a cloaked man joining their trip and actually killing their guests in order to completely claim a real treasure for himself. It's only when they get to the island that the humour begins to work a bit better, the many passageways of the castle they are staying at come into play and unexpected revelations from the characters start popping up. By no means a solid movie, but it still managed to entertain me by its end. 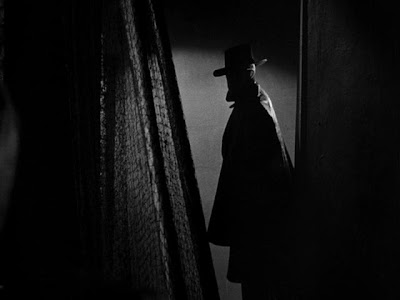 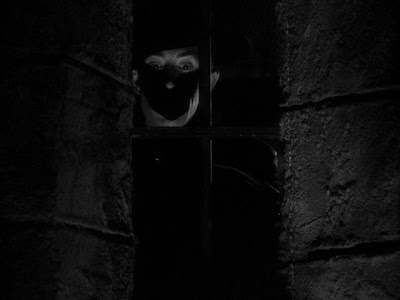 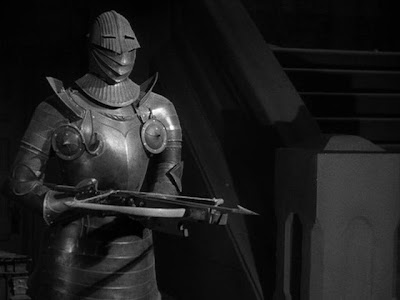 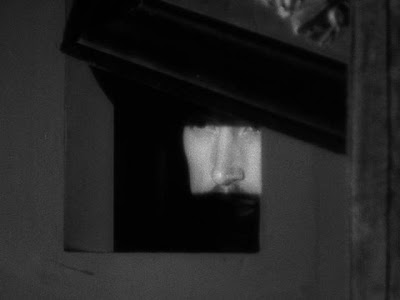 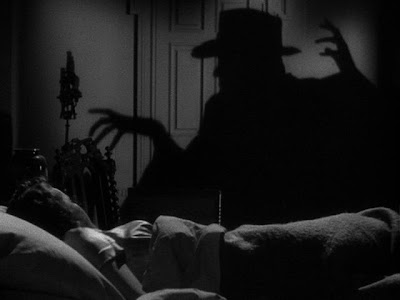 Pumpkinhead (1988 - Stan Winston) - "I don't do special effects. I do characters. I do creatures." Stan Winston was regarded as one of the best make-up and effects guys to work in the business (the Terminator films, Aliens, Jurassic Park, A.I. and Avatar) before his death in 2008. Too bad he was so good at his day job (multiple Oscars and other awards) because he only found time to direct 2 feature films - one of them being this absolutely solid creepy tale of a man's wish for vengeance and the beast brought to life to carry it out for him. Lance Henriksen is the devastated man who seeks revenge upon the city kids who accidentally cause the death of his only son. Deep in the backwoods lives a witch that helps him resurrect Pumpkinhead, a creature from the graveyard. The creature is quite brilliantly realized - no choppy CGI movements or cheesy guy-in-suit here - but Winston brings that additional creepy feeling to the screen with shafts of light cutting through the blue and orange cinematography. There's some dodgy acting amongst the young folks, but Winston was clever enough to kill the worst ones off first. Even though I was forced to watch a "formatted for your TV" version, this is still one of my favourites of the month so far.

Reading up on Winston a bit, I also found the following quote: "People who are afraid to go to horror movies are generally afraid their whole lives. People say to me, 'Do you have nightmares?' I never have nightmares! And I go to movies and see the most bizarre things in the world, and go... Wow that is really sick, how fun is that! And I don't have to carry it around. I think that's very healthy.". 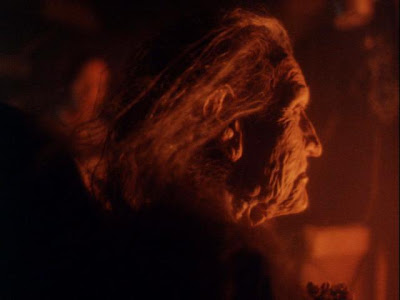 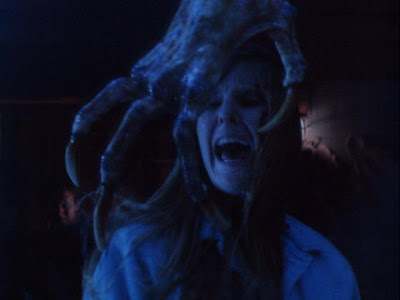 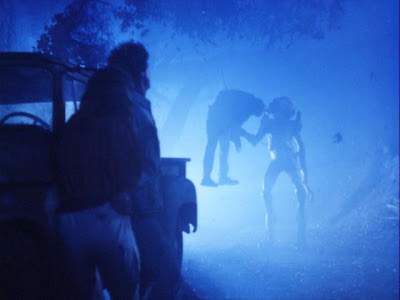 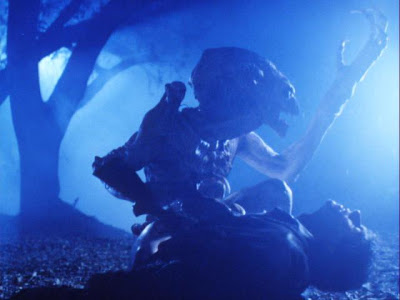 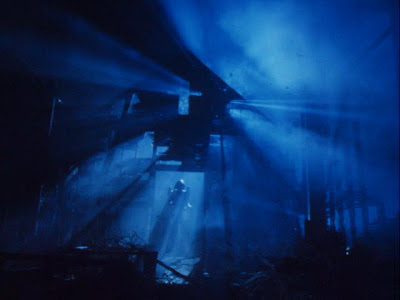