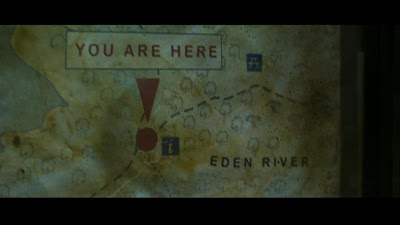 And now that you're here, some more horror...

The Fourth Kind (2009 - Olatunde Osunsanmi) - The biggest problem with this faux "true story" account of an Alaskan psychologist's documentation of her interviews with alien abduction survivors is that it doesn't take advantage of the "real footage" that it so breathlessly proclaims to be terrifying. It opens with Milla Jovovich talking directly to the audience describing the role of Dr. Abigail Tyler that she will be portraying and the odd circumstances around the city of Nome Alaska - a place where they have the highest ratio of FBI visits in the country and numerous disappearances and suicides. It's an interesting trick to morph between the supposed real interviews with Dr. Tyler and the dramatized ones with Jovovich. It actually helps somewhat in allowing the audience to go along with the conceit of the film. Unfortunately, they use the same technique with the rest of the "documented footage" - the interviews, police car camera video, etc. all flip between the "real" video and the polished dramatized film - and it takes away any of the suspense and creepiness from those sections. There was one very effective moment in one of the video camera segments which was sudden, jarring and creepy without any obvious special effects, but they never were able to achieve anything quite like it during the rest of the movie. It's a reasonably well made drama with some frightening ideas, but it never manages to do what it promises. Extra demerits for both Jovovich and director Osunsanmi telling the audience at the end (in oh-so-solemn words) that they should believe what they want to believe. 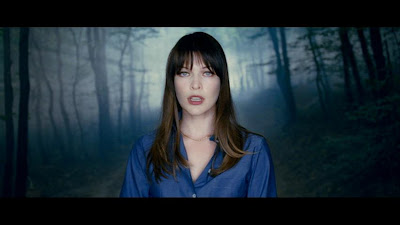 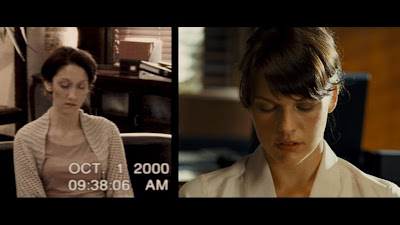 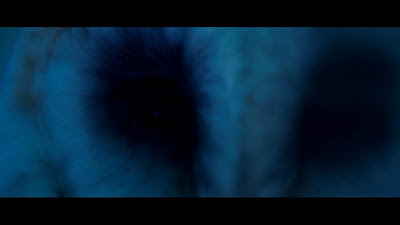 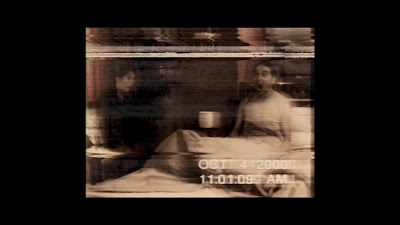 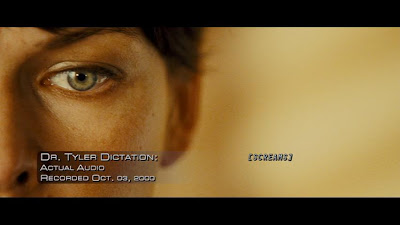 The Daisy Chain (2008 - Aisling Walsh) - Creepy little girl movies seem to be a genre unto themselves. Typically there's the quiet little girl - a little bit cute, a little bit unsettling - who has suffered a family trauma of some kind and then manages to ingratiate herself on a new family only to start the whole cycle anew. Welcome a new addition to the fold: "The Daisy Chain". Actually, not quite so new since the film has been around for 2 years before just recently arriving on DVD shelves. Despite starring Samantha Morton, containing some beautiful cinematography and being really strong overall, it appears the film never made any major headway. Set in a remote village in Ireland, it plays off the concerns of the locals that the young girl in question is a fairy changeling. It does it in a fashion that doesn't really leave too much to the imagination, but it builds things up at a wonderful leisurely pace, taking full advantage of its stunning setting and Morton's sympathetic face. The very ending didn't quite work for me, but I absolutely enjoyed everything leading up to it. A great surprise. 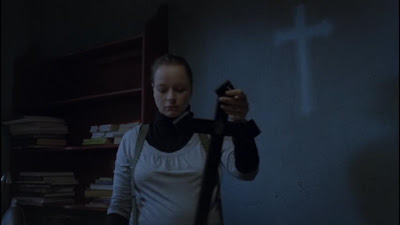 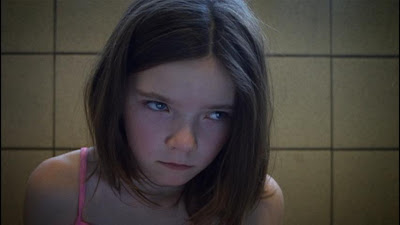 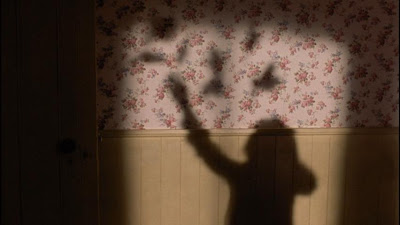 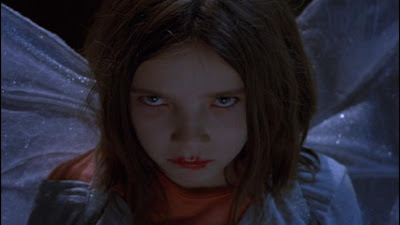 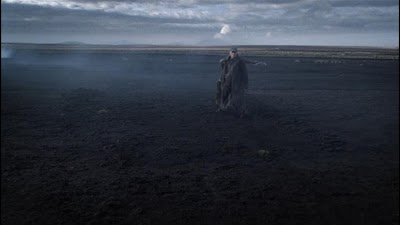 Eden Lake (2008 - James Watkins) - Certainly the most disturbing film I've seen this month. It actually shares a lot of commonality with Confessions, Japan's submission for the upcoming 2011 Oscars' Best Foreign Language Film. Neither seems to show a great deal of confidence in the youth of today and their ability to be concerned with anything or anyone but themselves. "Eden Lake" does cover a wider swath, though, as it examines the main male character's (Michael Fassbender) concerns about his own masculinity, the role of parents in their own children's attitudes and even a smidge of class warfare. The story focuses on Steve and Jenny as they get away from the city to spend a weekend of camping out near Eden Lake - a spot that is destined for new housing and suburban malls. They meet and then get on the wrong side of a group of teenagers and things spiral down from there. These aren't just your typical punks though...These are pretty much the worst kids EVER. It's a tough watch at times as it just sinks lower and lower into a depressing view of our future generation. I can't say I enjoyed the experience, but I sure was unnerved at times. 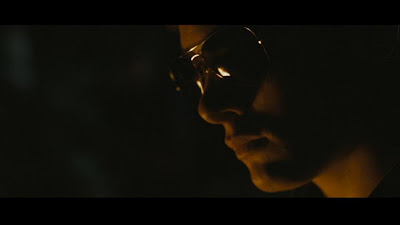 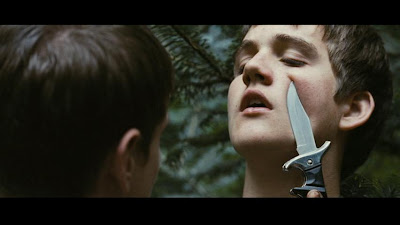 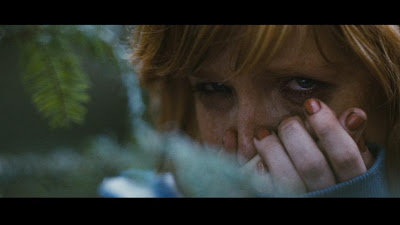 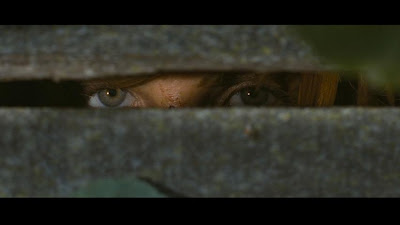 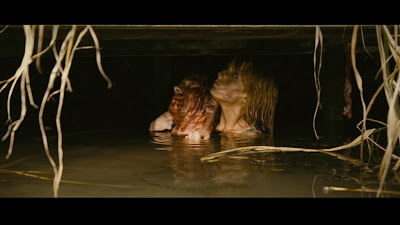 The People Under The Stairs (1991 - Wes Craven) - I'm coming to the realization that I'm not much of a Wes Craven fan. OK, I like the "Scream" films and all their self-referential fun and admit that I mostly enjoyed the cheesy "Deadly Friend", but I simply don't get the reverence given his "The Hills Have Eyes" or the first "Nightmare On Elm Street" - both of those latter films have interesting concepts, but the terror is always undercut by uninspired humour and overdone effects. "Shocker" was even worse as it provided an added layer of mean-spiritedness to things. His 1991 offering "The People Under The Stairs" careens off the rails by mixing the ever-present unfunny comedy with over-the-top (but not in a very fun way) evil antagonists and not very horrifying scenarios. The bad guys trap people in their house for their nefarious purposes and they become devolved primal beings. For all its potential to stir up feelings of dread about what lurks in the shadows of a house and beyond its walls (as well as its analogy to the way big cities hide certain denizens in their ghettos), it fails at every turn to make you care. 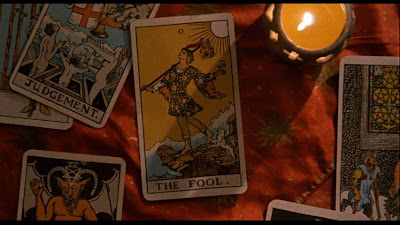 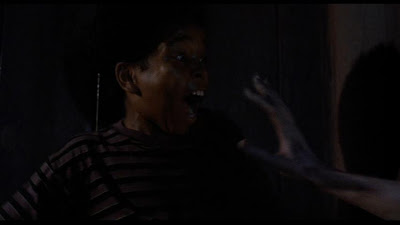 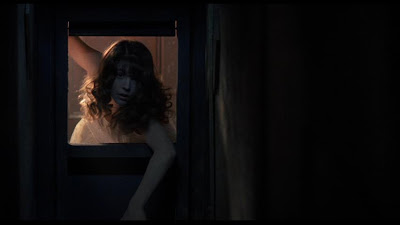 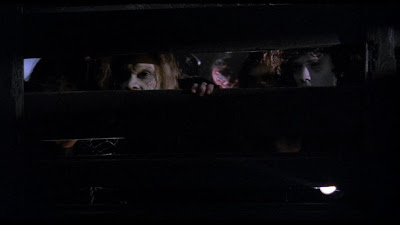 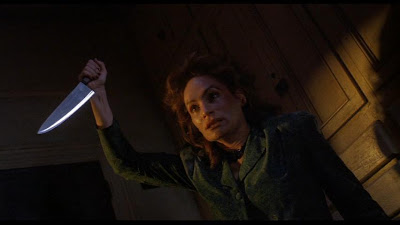