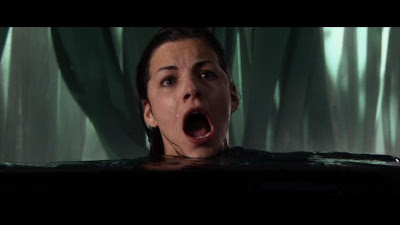 Someone should tell her there are easier ways to get a really good rinse.

The Nun (2005 - Luis de la Madrid) - Don't be fooled, this isn't a killer nun story. It's a vengeful killer nun ghost story. An important difference. To get the ghost, you need a back story and that's where the film begins - six young girls are attending a strict boarding school where one of the nuns is convinced that the only way to complete purification of the soul and the removal of all sin is through pain and suffering. As you might expect, she isn't winning any favourite teacher awards. While handing down one of her punishments one day, the girls gang up on her and end up killing her. They dump the body in a reservoir, but years later when it gets drained, her ghost returns to finish her work with these now grown up women. She needs water in order to appear, so we end up with numerous scenes of a CGI nun materializing in sinks, tubs, etc. I have to say I had fun with the first half hour or so of this movie during the first couple of visits by the nun. We discover that she is dispatching the ladies in specific ways to match the same fates of the saints with whom they share names. It's kind of ridiculous, yet still a bit creepy to see a nun, in full habit, appear in a kitchen sink and wield a carving knife. The movie begins to take its toll, though, as it become increasingly difficult to make it through any of the dialog scenes. All the actresses are Spanish, but for some reason they insisted on doing the entire movie in English - even the one young girl (a daughter of one of the ladies) who says she doesn't speak Spanish has a very noticeable accent and struggles with sounding anywhere near natural when speaking. As the appearances of the nun become longer and with little to no change in the setups, the film also started to simply get monotonous. Combined with those painful line readings, I felt like my prayers were answered when the whole thing finally ground to a halt. There is some fun to be had though in those first bits and if they could have realized it was all a bit silly, this particular nun may have converted me. 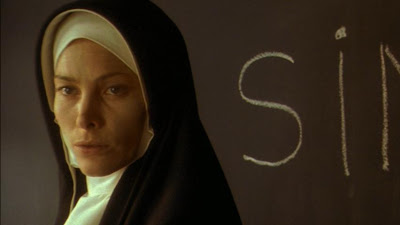 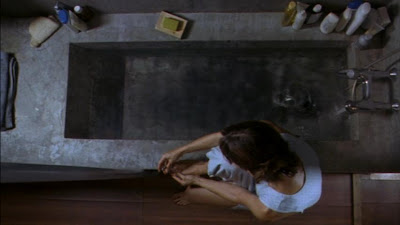 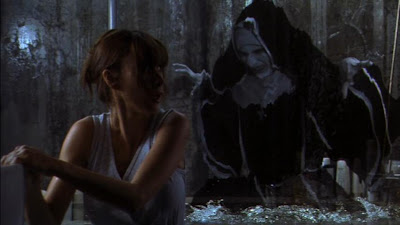 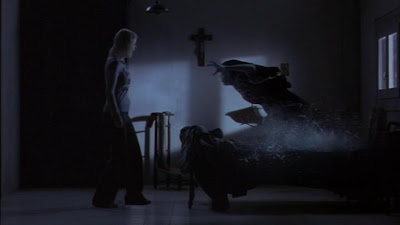 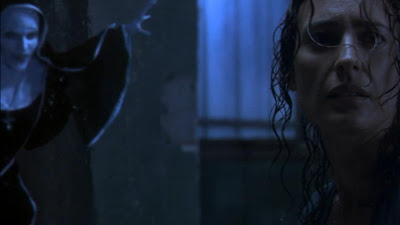 Conjurer (2008 - Clint Hutchinson) - Taking chances with straight to DVD horror can be a dangerous game, but sometimes, sometimes it can be well worth the long odds. Not that "Conjurer" is a startling display of freakish scares, but I greatly enjoyed it's very slow-paced approach to the story of a husband and wife who leave the city after the loss of their unborn child. It's a common theme - I've already seen a few like it this year - but it's handled at quite a lovely pace here by building bits of tension scene by scene. It does this by making the shack out back of their new house an eerie and ever increasing focus of their problems. Whether it's actually haunted or it's simply their own fears driving them crazy, you know it's going to be the cause of their downfall. I wouldn't imagine this would sell well in the multiplex, but I'm sure glad I caught up with it. 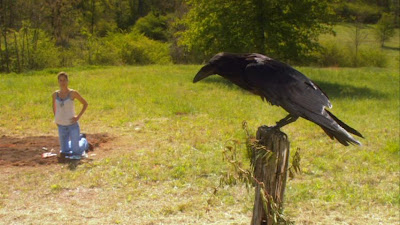 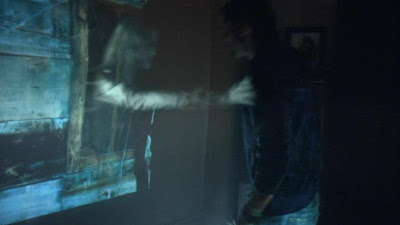 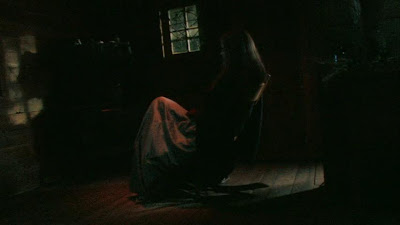 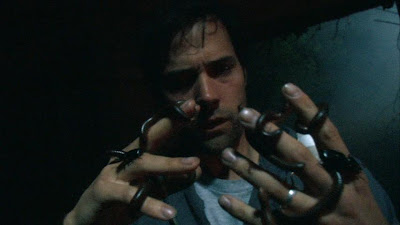 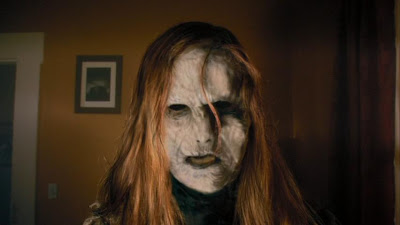 The Haunting (2009 - Elio Quiroga) - I told you parents losing their children was a common theme this year. This Spanish film (yes, the Spanish actors actually speak Spanish this time!) may not have the most original title, but it manages to stay pretty spooky throughout and stay pretty true to its shaky premise. New parents Francesca and Pedro rent an old isolated home from the Catholic Church and try to start fresh after struggling with a tragedy from years past. The house, however, has some old dark secrets that may be slowly driving Francesca mad on a nightly basis. The Church has kept the basement and attic locked to the new tenants and don't want the truth to come out about the visions that three young girls had there some 50 years earlier. The movie opens with footage purportedly from old documentary reels that used to play before features. They were entitled "No-Do" (the Spanish name of this film) and were equivalent to North American newsreels - except that they were mostly used for General Franco's propaganda and control of information. What we see is a lighthearted explanation of the imaginations of three young girls who claim to have seen the Virgin Mary. What really happened, we learn, was far more sinister. 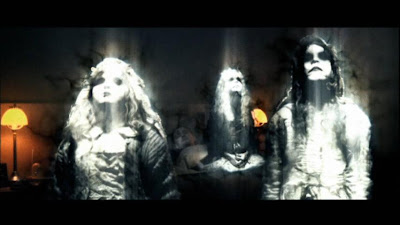 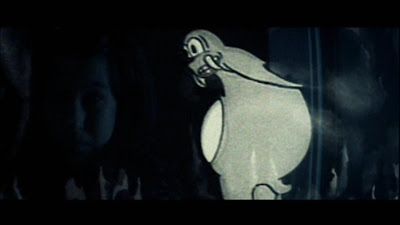 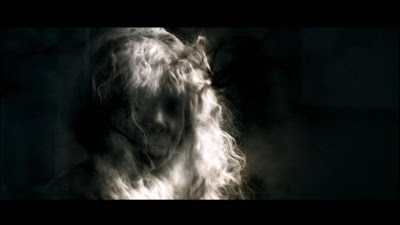 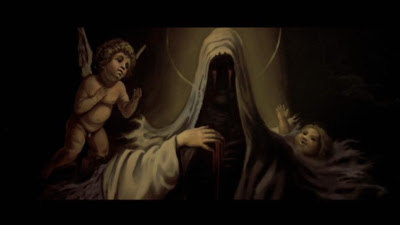 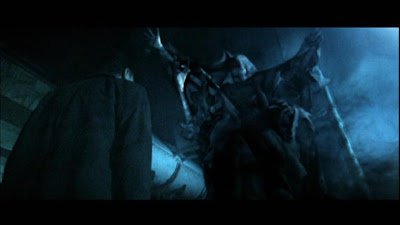 The Final Destination (2009 - David R. Ellis) - The fourth and, I believe, final Final Destination film is a patched together, character-free, 3-D cashgrab that runs long at 82 minutes. Though I didn't see the 3-D version, every 3-D shot is beyond obvious and looks like cheaply made CGI. So why was it still pretty damn entertaining? Well, mostly because the movie knows it isn't very good and is simply a set of Rube Goldberg death machines - not overly clever ones, but still reasonably passable ones that keep you curious about how the next person is going to buy the farm. The 3-D may even have made it more fun in theatres with CGI snakes and gears and nails and guts and so forth flying at your face. To restate: it's not very good. One wishes they had put more effort in making you care even just one little bit about any of the characters, put more effort into building nervousness leading up to the next death and put at least some effort into making the 3-D more clever than a 20 minute 3-D Muppet movie at Disney. If you accept they didn't put much effort into it, though, you might actually enjoy the ride. 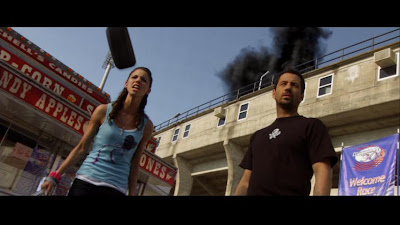 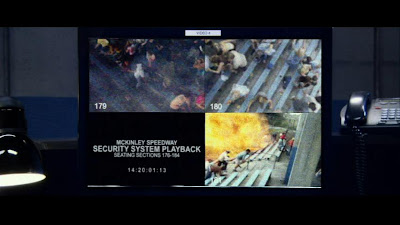 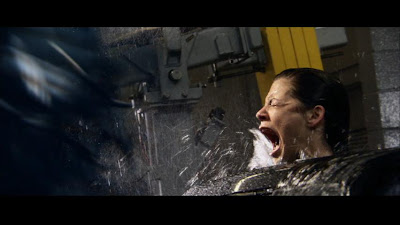 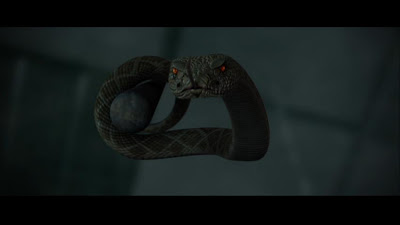 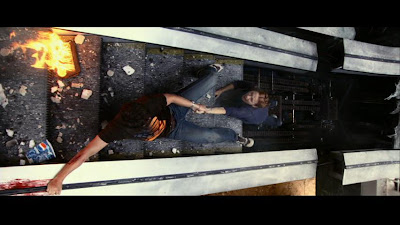 You just know the 3D is the only reason The Final Detsination went to theatres because the quality is straight up direct-to-vide. And didn't you hear, there is indeed going to be a 5th?

I did not hear about the fifth. Are they doing 3-D again? I would assume so.

I can't say I'm surprised - the vehicle they have for creative death scenes is certainly able to make it around the block a few more times. I just hope they try to make a complete movie with it next time...I know part of the idea is to laugh with it because of the ridiculous scenarios, but they could still take the build ups a bit more seriously.

It may also be worth noting that the star of The Haunting, Ana Torrent, was introduced to most filmgoers as one of the two young girls in Spirit of the Beehive.

Indeed it is worth stating that Peter! I still haven't seen Beehive, but it's been on the radar for awhile. She was quite good here...