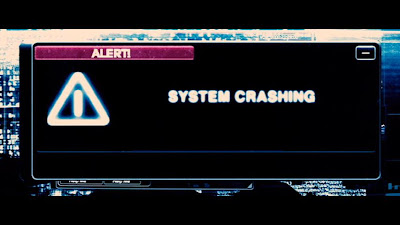 You have to appreciate an orderly system crash...

Pulse (2006 - Jim Sonzero) - You know what? I didn't hate this movie. As a long time fan of Kiyoshi Kurosawa's "Kairo" - known as "Pulse" in North America - I had steadfastly avoided this U.S. remake. I just didn't think it could live up to the original and the previews indicated it took the story to places I didn't think were very interesting. I had a sudden urge to check it out though and thought that maybe it could stand on its own. As it turns out, it doesn't, but it's a lot better than I thought. The look of many of the sequences certainly gets across the loneliness and disconnected feel of what the story is trying to get across, but it never quite sold me on what was happening to the population of the city or why the main characters had managed to avoid it. Once they started battling the "system", the movie started to lose me. I do have to come back to comparisons, though, because the remake includes so many of the key scenes. Some are recreated quite well, but many miss the mark. In particular, the slow moving crab lady of "Kairo" - what made it so very effective in the original (apart from its brilliant use of sound) was that it was an actual woman walking towards the camera. The CGI ghost and its staccato movements just don't give the goosebumps...

You know what I do hate though? The 4 minute bonus feature on the disc that attempts to bring science to bear on ghosts from "the other side". I say "attempts" because they don't actually provide a single piece of data or reference a single study - just a bunch of people ominously informing the camera that the evidence is "piling up". Anecdotal stories from people about weird things happening does NOT count as scientific evidence. Just because these people want to believe in the paranormal doesn't mean there's any good reason to do so. If any of the various paranormal activities was ever proven or even if any of them had one single peer-reviewed study to quote, I'd find that terribly exciting. However, there's nothing - and to totally misinterpret the fundamentals of the scientific method purely to try to make the movie seem more plausible is deplorable. I'm trying not to hold it against the movie itself, though, which was better than I expected. 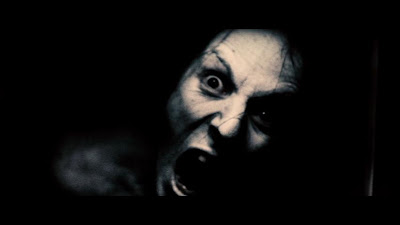 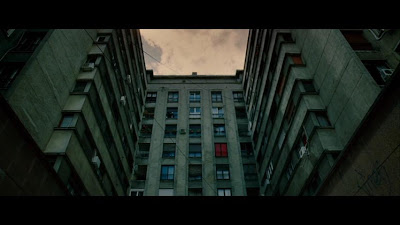 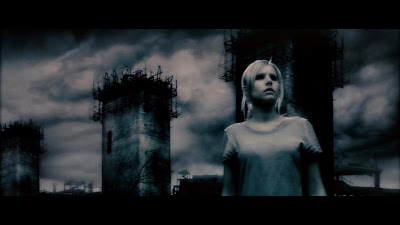 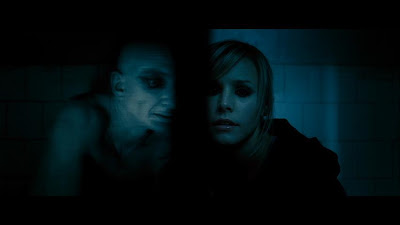 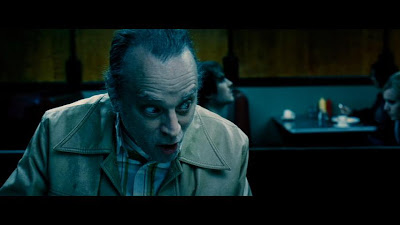 I Know What You Did Last Summer (1997 - Jim Gillespie) - You know what? I didn't hate this movie either. I've also long resisted this one simply because it just didn't sound at all interesting or fun. It has some major problems - the plot falls apart at the end and both male leads are pretty awful - but it actually gave some reasonably well-deserved jump scares and was more engaging then it really had any right to be. I give credit to both of the female leads, in particular Sarah Michelle Gellar during one sustained chase scene. I thought it might be smarmier than it was, but it managed to reign that aspect of its script in enough not to be annoying. Well, not too annoying anyway. 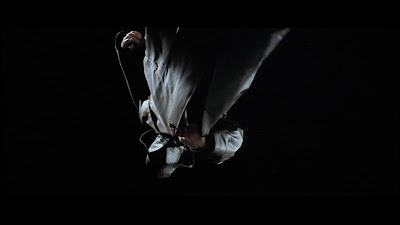 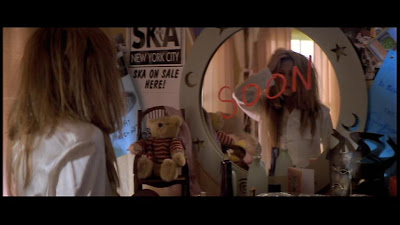 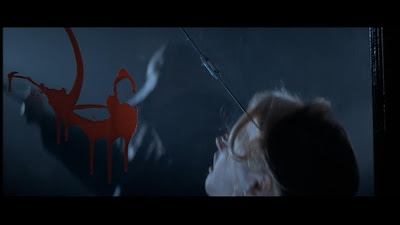 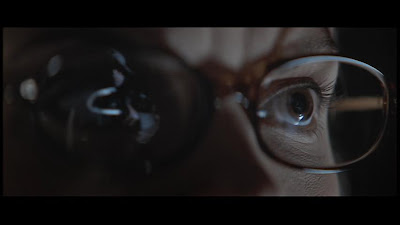 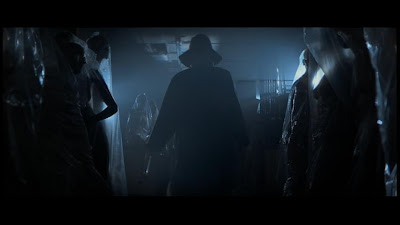 The Hitcher (1986 - Robert Harmon) - Now here's one I've been meaning to catch up to for quite some time. Stuff that didn't surprise me: 1) Rutger Hauer was absolutely perfect in the role - I totally believed he cut that guy's head off simply because he said he did; 2) it was far more tense than it was scary - not a bad thing. Stuff that did surprise me: 1) C. Thomas Howell wasn't very good - it's not that I expected him to be fantastic, but I didn't think he'd be quite as unnatural as he was; 2) the plot seemed to get away from the filmmakers around the time that Howell's character became the fugitive; 3) what a great looking film this was - the scenery was used wonderfully, the framing of the characters heightened the suspense and the cinematography was lovely. 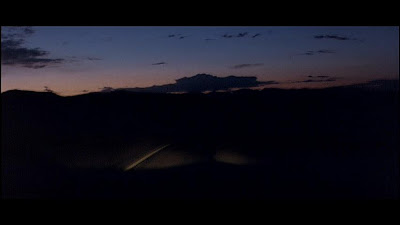 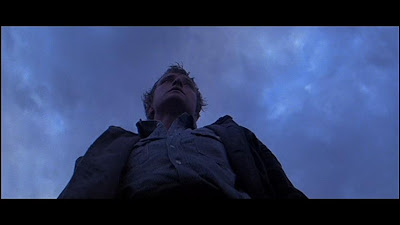 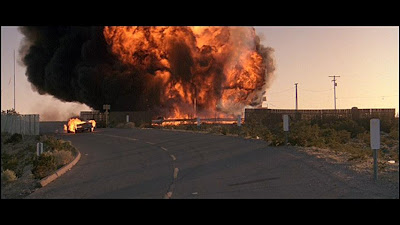 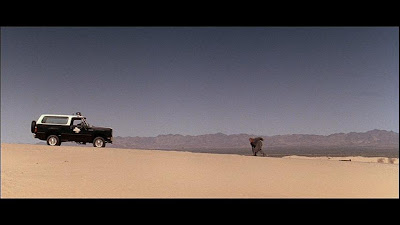 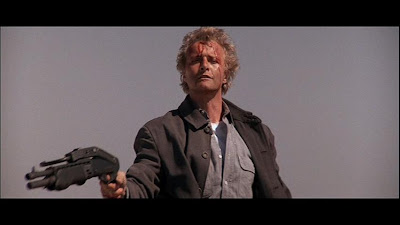 The Flesh And Blood Show (1972 - Pete Walker) - I was very impressed by Pete Walker's "Frightmare" last October and bought it along with several other Walker horrors in a set. As I watch the others, though, I'm getting diminishing returns. "The House Of Whipcord" was good and a bit campy, but far too slow at times. And now I've reached "The Flesh And Blood Show" which, though still enjoyable at times, is even more uneven and very oddly plotted. A group of actors gather for rehearsals at an old abandoned theatre and murder rears its ugly head. It's set up really well, contains some fine acting and a great environment for the mayhem to occur, but it never kicks into a higher gear. The first death just kind of occurs and the characters either don't believe it happened or don't seem overly concerned, so things just go back to where they were. The tension never ramps up, any momentum built up is dropped by the wayside and everything just comes to an end at some point. Not terrible, but a disappointment considering the possibilities. 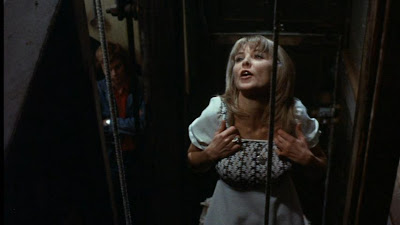 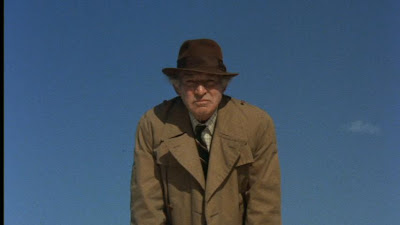 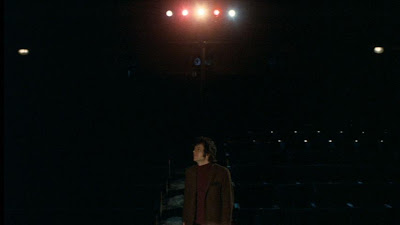 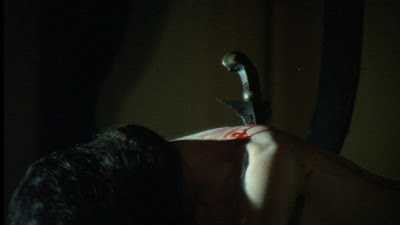 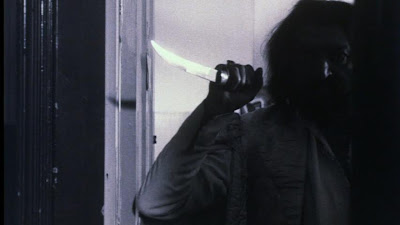 There is nothing about the American Pulse that I did not hate. The story doesn't make any sense, nothing is ever explained and then the world kind of justg ends because of ghosts in computers? I generally hate the Japanese originals too though.

My turn to apologize for a late response Mike...Yeah, the U.S. version is definitely not very good, but expectations can certainly play with how you'll feel about a movie. I expected to totally despise this thing and I managed to pull some bits from it...

As for the Japanese originals (specifically the biggies - Ringu, Ju-On, Pulse), I find that they are very much influenced by the Japanese horror films from the 50-60s (Onibaba, Kwaidan, Pitfall, etc.) due to their subtlety and amazing use of sound. I suppose crawling hair and ghosts crawling out of TVs may not be overly subtle, but the films play off older legends and sensitive issues for Japan and I love the slow creep of their pace.