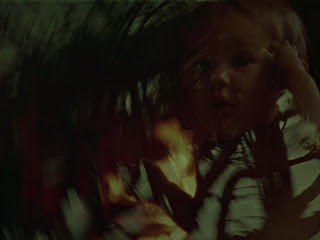 This could be my shortest Blind Spot post ever...Though I enjoy short form experimental films, appreciate the different aspects of filmmaking that get teased out and respect the filmmakers a great deal, it is not an area in which I'm overly well-versed. I've seen a few other films from the two directors responsible for this post's films (Chris Marker and Stan Brakhage) along with a few things from Maya Deren, James Benning, Cocteau, Bunuel, etc., but my knowledge of their techniques, goals and intentions is somewhat limited. Having said that, especially after viewing both Marker's Sans Soleil and Brakhage's Dog Star Man, you don't necessarily have to have any background at all since these films are the perfect art form onto which you can map your own feelings and perspectives. Neither of these films has a clearly laid out narrative or real characters, so it enables you to soak in its variety of images (many of which almost seem random at times) and attempt to put your own personal spin on them. 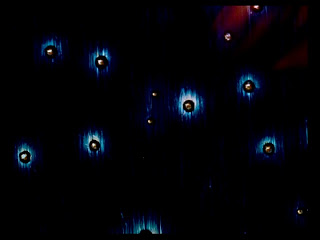 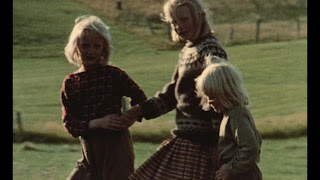 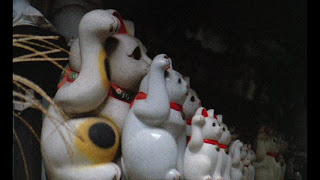 Marker's Sans Soleil, for example, feels like a freeform wander through the world's different cultures (pausing longer with some, glancing off others) with a fascination in the activities and ways of life of its people. All the while, Marker (and his sometimes overly serious and pretentious female narrator) riffs on the meaning of memory and how it forgets, changes and shapes history ("We do not remember, we rewrite memory much as history is rewritten" and "History only tastes bitter to those who expected it to be sugar coated"). The film also plays extensively with Japanese culture by tying into the memory aspects of the film and replaying Japan's war history ("Small fragments of war enshrined in everyday life"). It also covers cats, an extraordinary ceremony to lay the souls of dolls to rest, more cats, sexual fetishes and a couple of additional cats (not to mention cat dolls placed into sex positions). The horrors of war are explored in a variety of different fashions as well, but focusing more on the concept of horror itself (the graphic death of a giraffe is a tough watch - you can see the life drain right out of it). If this seems somewhat random, well, it did for me too. 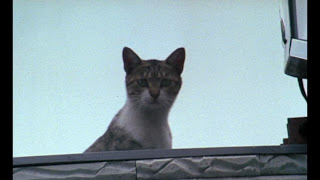 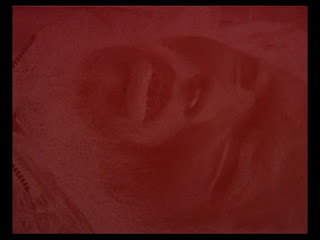 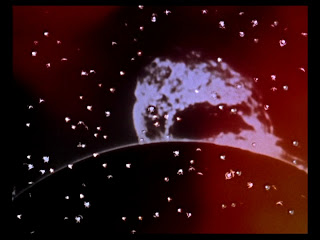 Brakhage's Dog Star Man initially comes across as an almost perfect example of what most people might expect "experimental" film to look like: random scraps of film picked up and assembled, but all of them are out of focus, scratched, flickering, damaged and scrambled. The opening of the film goes from black to a murky dark red and cloudy kind of liquid environment and then flashes of light pop in, blurred faces can be deciphered, cityscapes crop up, etched film frames are inserted and colour flies about the screen all while there is absolutely no sound at all. The entire 79 minute film (which includes a prelude followed by four parts) is completely silent and it's all a bit off-putting for sure, but there's also an odd sense of order to it all...The overlapping images (which seem to happen more and more as the film goes on) return to several themes: the sun and its flares, a moonscape, faces, body parts, the inside of a womb, a forest. Images are repeated (sun, moon, womb; sun, moon, womb; sun, moon, womb; etc.) and it's terribly disconcerting as you suddenly find yourself staring at yet another image of, well, something. It forces you numerous times to think "what exactly am I looking at?" which is both tiring and fascinating at the same time. The random coloured patterns on film frames (my favourite bits of his work - his short films that consist only of scratched and painted film frames are simply gorgeous) are matched with sun flares while dots and splotches are compared with craters on the moon. You begin to constantly re-evaluate what you're seeing, shifting your viewpoint and occasionally wondering if the DVD or film has frozen. Is that a shot of snow covered with little twigs or is that a negative of a woman's privates? Was that a breast or a mountain on the moon? It merges nature both large and small with human form and function and though it reminds you occasionally of Bunuel/Dali surrealism, it's far closer to a hallucinogenic trip. Sometimes a very bad one. 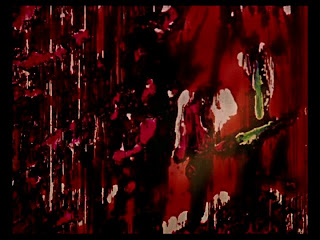 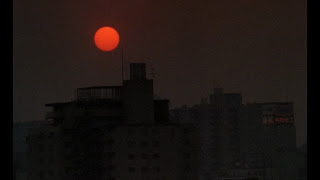 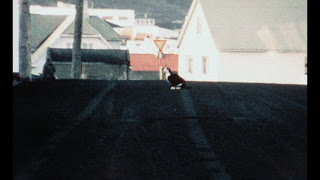 The riffing continues in Sans Soleil, as an edit jumps from horns among some petrified bull remains to a parade with people wearing bull masks with horns. The horror aspect is further explored while images of the Khmer Rouge flash on TV while you hear Brando from Apocalypse Now ramble on about "the horror, the horror...". Film and TV are often used as jumping off points for the film to tie two concepts together or to bounce between ideas. As the camera shows sleeping Japanese people on a ferry, we flip between them and a variety of horror film clips to give you a sense of what their nightmares might be like (there's an assumption built by the film that these horrible dreams stem directly from WWII). Further horror, sci-fi and samurai films are referenced via still frames within the frame of an old TV set to tie into the narrator stating "The more you watch Japanese television, the more you feel it's watching you". But the longest sequence using old media to help juggle new ideas is when the theme of memory is brought back for another go-round and the voice says "...that only one film was capable of portraying impossible memory, insane memory - Hitchcock's Vertigo". We're not sure if it really is Marker who believes this or not (Marker doesn't take director credits for his films), but whoever owns that statement about Vertigo has seen the film 19 times and wonders how people can remember without putting things on film. From here, we walk through numerous locations in San Francisco that were used during that remarkable movie. 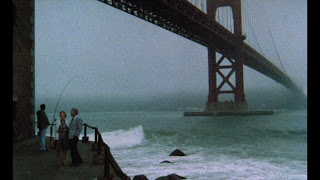 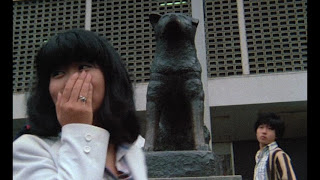 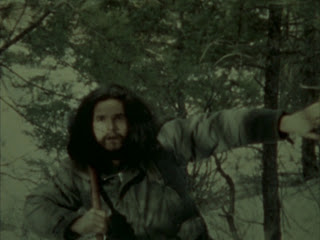 Dog Star Man plays with memory as well as it continues to juxtapose a man's journey across a snow covered mountain (with his dog) to what appears to be a baby's progress out of the womb. Part 3 plays out somewhat like a horror film as it quick cuts between human organs (both sexual and internal), the man's increasingly desperate attempts to continue his mountain crossing and the birth of the baby. Are these images that are flashing through the man's mind? Is the experience of birth such a traumatic event that it can be triggered as a memory later in life? Those are the kinds of thought processes you start experiencing as the film goes on. You become both curious as to what you'll see next and hopeful that it's almost over. The best moments are when Brakhage forces you to look at something in a different way through filters, light fading in and out, distortion, extreme close-ups, repeated frames or simply putting everything out of focus. Another of his tricks is to bring the lens of the camera through its full range of focus to change what image comes in clear. This is where, for me, experimental film becomes exciting - when it changes your perception as to what you've been viewing. 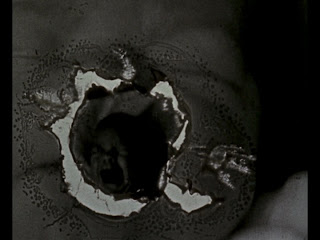 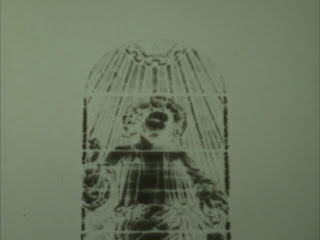 Both films have their moments of beauty and horror. While Sans Soleil mostly deals with presenting you natural scenes from around the world, Dog Star Man deals more in the beauty of chaos and randomness and the horror of unconscious associations. Marker's film specifically references film itself as a key to memory, but also touches on other aspects of its purpose (as he captures a wonderful look from an African woman in the marketplace, the narrator says "Frankly have you ever heard of anything stupider than to say to people - as they teach in film school - "not to look at the camera"?"). Brakhage does the same thing, but does it all via his images and splicing in every technique in the book. Both films have their ups and downs for me - moments of exasperation, boredom and admittedly confusion - but the fact that these films exist, and that they have attempted to push me to look at the world in a different way while also influencing countless other artists, is a great thing indeed. 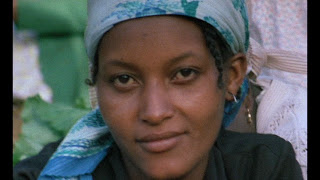