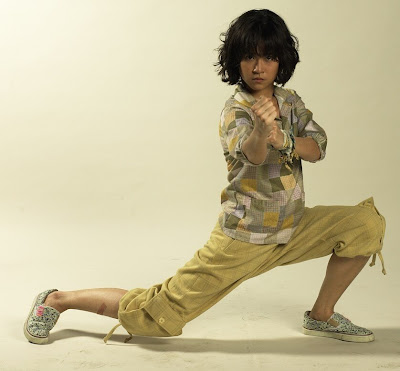 Like kick-ass martial arts set pieces? Jackie Chan style stunts with props? Don't mind the occasional sappy moment during an otherwise fair story? I think TIFF has found the movie for you.

Directed by Prachya Pinkaew (who helmed both "Ong-Bak" and "The Protector" which starred Tony Jaa), "Chocolate" introduces 23 year-old Jee-Ja Yanin playing an autistic, yet specially gifted, young woman named Zen whose main goal (apart from popping M&M chocolate candies) is to retrieve her Mom's money from a series of criminals. As a young girl, she would study the kickboxers across the street and emulate them as well as watch films on TV (in particular we see her watching "Ong-Bak"). Because of her intense focus, she has the ability to learn the complex fight moves very quickly. She also has finely tuned hearing that can pick up air movement around her so she knows when things are approaching (you know, like large knives aimed at her head). Her troubles prevent her from doing much more than street performances (with her cousin who collects the money), but when her mother falls ill they need even more money for the proper medication. After finding her Mom's little black book of people who owe her, the two go off to collect. Of course, they don't receive very warm welcomes. After Zen has a dream about defeating monsters, she realizes she can use her skills. 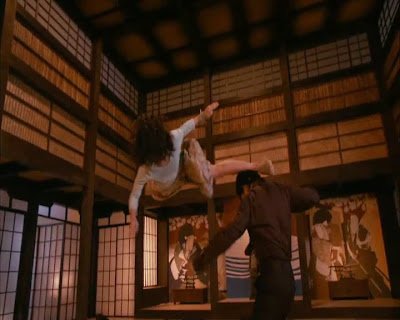 And boy does she ever...Let's forget about the rest of the plot at this stage and concentrate on the 5 or so large set pieces of action and fights. During the first sequence, Zen seems to be relishing the action and lets out numerous yelps and other sounds. Each sequence gets progressively more complicated and drawn out. And fun. In particular, the meat factory scene and the final battle on window sills and high up street and shop signs are both extremely well-staged, exciting and very inventive. Props make their way into the fights as well - long pipes, locker doors, chairs and pretty much anything lying around gets used - and this usually increases what appears to be the danger factor for the actual fighters. As with Jackie Chan's movies, outtakes are included at the end to show how realistic the fights were and how painful they ended up being for some of the participants. Fortunately, all we have to do is watch, wince and exclaim "Holy crap!"

Here's the trailer - Jee-Ja starts beating the living hell out of people about 1:25 in:

There does seem to be some wires involved in the stunts (as you see on the outtakes), but apparently they were used as safety devices and not for any additional lift to the fighters. I certainly accept that as I never felt there were any special or visual effects added (not a speck of CGI as far as I could tell - Yay!). Granted, there were a few editing and film speed tricks to quicken the pace of the fights, but never too quick to be annoying or to make it look like they had to fake anything. And it never takes away from the presence of Jee-Ja Yanin - just her simple ready stance alone is a thing to behold. And when she lets loose with a leg kick to the head without much of the rest of her body moving so that she returns to that same ready stance, well it's really a thing of beauty. And kick-ass too. 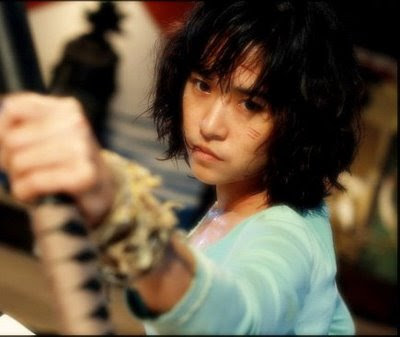