I joked with my friend the other day that I was just about ready to do my Top 10 list for the year - except that the year was 2004.

I watch a good deal of movies every year (I'll be around 450 this year), but I don't really see a whole lot from the current year in the theatres - typically maybe one a month. My count is higher this year because of several film festivals, but I can't claim any kind of definitive "Best Of" list for the year. It doesn't mean I won't slap one together anyway, but I'll supplement it with some favourite moments from other films I saw for the first time this year.

So here's my stab at a compilation of a few faves... 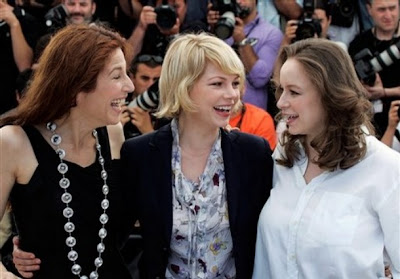 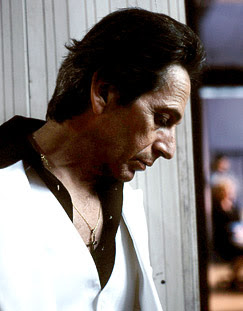 Nice list, Bob. You've been championing "Country Wedding" for a while now. I'll definitely look out for that one. "Le Doulos" is arriving from Netflix Friday! Can't wait.

Thanks Joseph. Yeah, I guess I do tend to repeat myself on several fronts, don't I? B-)

The thing I loved about Country Wedding was how each character had their own secret that pops out at different moments in the film and how none of it feels forced. I haven't heard much talk about it though, so I don't know how likely a wider release will be. The director is Valdis Oskarsdottir who edited "Eternal Sunshine Of The Spotless Mind", "Finding Forrester", "Mister Lonely" and "The Celebration", so hopefully that will help her get some wider attention.

And "Le Doulos" is simply terrific.

What an absolutely joyous list, it looks as though you've seen quite a bit of great films this year. Your 2008 list puts me to shame, I've seen only 3, and heard of maybe 2 or 3 others. I'll have to look into a few of those.

Lola has been high on my to see list for what seems like years, I love Demys. I'll try and see it in 2009.

I have to see Royal Wedding too, didn't see quite as many musicals last year as I would have liked.

I saw both Cloverfield/The Mist this year too (though the Mist was a rewatch), certainly among the better monster movies of recent years. The latter especially is so goddamn bleak, beautifully put together though.

Midnight and One Two Three... seen both, I prefer the former, but they're both amusing. Not among my favourite comedies of the golden era, but still very good.

[rec]... the ending was absolutely horrifying.

Thanks Justine. "Lola" and "Bay Of Angels" are only notches below "Umbreallas" and "Rochefort" when it comes to Demy - just those 4 films make him one of my favourite directors. I'd be curious to hear what you think of "Royal Wedding" - many people see it as a minor musical, but I had a great deal of fun with it (cheesy plot points not withstanding).

Any recommendations on other golden era comedies? I've been anxious to delve into more of late and just haven't worked them into the tall pile at home. "Desk Set" and "Woman Of The Year" are on the list to see as are "Topper" and "Mr. Blandings Builds His Dream House". The rest of the Thin Man films too (I've seen 3 of them I think).

James...Yeah, I'm not sure if I should be happy or terribly sad that I watched 450 films in a year...B-) I may take you up on that offer for the Quiet City DVD - I wouldn't mind seeing Dance Party again (especially with its very short run time).

Wow, you made it through 450 films this year? That's astonishing. I thought I was kicking over the cake at around 350!

Great list of 10 fave films. It was a pretty astonishing year.

Isn't Lola fantastic? That was the first film I saw at Cinematheque years ago. Beautiful.

I'm with you on Cloverfield and The Mist, both were great fun horror films.

I love almost all musicals, even if they have cheesy plot points!

I haven't seen Topper yet, but I don't think Mr. Blandings is particularly good. Some golden comedies you might not have seen are; Cluny Brown, The More the Merrier, Anything Sturges/Lubitsch, Libeled Lady, Christmas in Connecticut, Ball of Fire, Nothing Sacred and the Awful Truth.

Shannon, I agree with you about 2008 - I see where many critics are coming from regarding their comparisons to 2007, but there was still a wealth of great stuff this year. And for me it stacks up with 2007 (though I expect the Oscar contenders would be down a notch from last year - again, I'm guessing because I haven't seen many of them).

Hadn't realized you saw Lola Shannon - yeah, it's all kinds of awesome.

Thanks for the recommendations Justine! I've seen a good chunk of those you mentioned (most of Sturges, I need more of Lubitsch) - I love Ball Of Fire and Christmas In Connecticut (Stanwyck!) as well as The Awful Truth and Libeled Lady (which I just saw recently). The others are now in my zip.ca queue.

But it did give you a nice list, though I don't know half of your Top 10. (Will Google them post-comment...)

But I wanted to share joy with you on the Aki Kaurismaki that you discovered. I two took in three of his films this year, and loved two of them: Lights In the Dusk, and Ariel. The latter, I thought, was just about damn near perfect!.

I knew I shouldn't have mentioned anything about how many movies I saw...B-) Let's just say there were a lot of 2:00AM bedtimes. I'm likely going to have to change that this year.

But Kaurismaki was a joy to discover...As much as I like Ariel, I think I rank Shadows In Paradise a shade above it. The last line of that film is perfect and was set up brilliantly.

Nice to see "4bia" on someone's list this year. Definitely makes my honorable mention list. Also glad to see "Once" on there. I championed for that film pretty hard last year.

I'm hearing lots of good things about "Anvil!" so I'm going to have to track that one down.

Ok, off to finish "Silent Light" - so far my pick for best directed film..

I swear, there was a lot of short films in that list...B-)

I was late to the game with "Once" (only catching up with it on DVD) and I admit I was skeptical going in, but its charms got to me. I remember reading about the uproar about the DVD cover (where the two of them were photoshopped to look like they were holding hands) before I saw it and thought perhaps people were overstating the case. Then I saw it and agreed completely - it does the film a disservice.

I'm glad you're liking "Silent Light" Andrew. Reygadas certainly has a great eye - I'd love to hear your thoughts once you finish it up.