OK, after a bit of a break, I'm hoping to wrap up the second half of my recent Toronto International Film Festival experience. Particularly because it just won't ever happen once October starts and my yearly horror marathon begins. 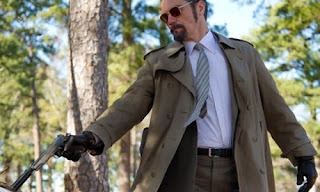 Ariel Vromen's The Iceman is pretty conventional in how it tells its true story (about a hitman who killed hundreds of people), but it's truly solid and effective for pretty much every second of its screen time. Most of that is due solely to one single factor - Michael Shannon. Nothing against the rest of the cast who are all very strong (return to form performances by Ray Liotta & Wynona Ryder and a really well disguised Chris Evans as the hitman's partner-in-crime-ice-cream-vendor-by-day), but Shannon tops them all in chillingly menacing fashion as he shows little feeling for anything in the world except for his very own family. When he growls at another driver to GET BACK IN THE CAR, I just about left the theatre to go sit in my own car at home just in case he meant me. The film goes to dark places as it delves into Shannon's past and many killings, but it finds some humour too (which also happens to be dark). One example is the scene where Shannon's hired killer considers giving an intended victim a second chance (a short cameo by James Franco) and tells him to "pray to God that I don't kill you". After a bit of a pause he snears "pray harder". It's all very good, polished and entertaining, but it never quite kills it or murders any specific scene. It's not really a cause for complaint - I would highly recommend this - but it screams out to have a few "Wow" moments. 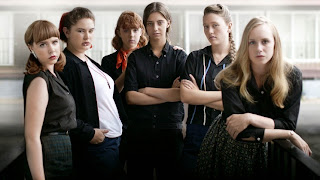 The most recent experiment by Laurent Cantet in using an entire cast of inexperienced actors comes crashing down on him with Foxfire: Confessions Of A Girl Gang. Not necessarily just because of the weak acting, but specifically due to the (I can only assume) reverence towards Joyce Carol Oates' source novel. Pretty much every line of stilted dialogue feels lifted straight from the book's pages and the actors simply can't find a way to make it work. It slowly but most definitely drags the entire enterprise down with it and somewhere towards the middle (of what feels to be even longer than its 140+ minute running time) it becomes completely uninvolving as the story ultimately strands its characters with nowhere to go. You might think that the tales of a 1950s girl gang looking to put men in their place would prove engaging (with a central take-no-shit girl saying things like "It's up to you to decide how guys are going to treat you."), but apart from a moment here or there you would be wrong...There's rarely any spark in the laboured chatter between the girls and with such a wide canvas available on which to play (the one thing the film gets right is the look and feel of the 50s), I was quite disappointed in the directions that the story went. I suppose much of that can be blamed on the book (which I haven't read), but the film doesn't do much to enliven any of those non-events - especially with its constant use of close-ups when they aren't needed. 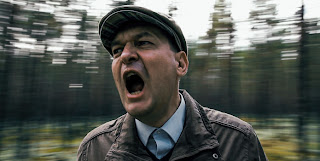 Mushrooming is that hidden gem we all look for at festivals. It starts with a simple premise - a mushroom picking afternoon for politician Aadu and his charming wife Viivi - and slowly morphs into a very funny satire about celebrity-worship and the lack of actual, real political discussion. At no point will you have solid footing with respect to where the story is headed as the plot line is about as straight and firm as the lumpy, mucky grounds of the forest where the elusive mushrooms reside. The couple, along with famous rock star Zak that they've picked up along the way (see, you didn't expect that did you?), get lost in the woods and spend the next few days alternately trying to stay alive, find their way out and "battle" an odd man who lives in the forest and accuses them of being famous since they've all recently been on TV. There's moments of absurdity - like the "Hop & Jump" game show on which Aadu makes an ill-advised appearance - but director Toomas Hussar manages to keep the story grounded as it transpires mostly in the Estonian woods. Even considering that those woods, as noted by one of the characters, are apparently far bigger than any in the entire country...As they deal with cell phone issues, breaking news of a scandal involving Aadu and try not to kill each other (Aadu is not much for the non-conventional, so he and Zak are quite the polar opposites), they also begin to figure out the concept of karma. 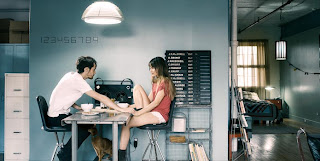 Even if it's a bit clunky with its many messages (modern social networking, using 3rd world countries as dumping grounds, community involvement, staying true to yourself, etc.), I greatly enjoyed Manon Briand's latest film Liverpool. Her long-awaited (at least by me) follow-up to Chaos And Desire mostly gets by on charm, character and some finely detailed performances, but it never preaches its messages too hard. The Liverpool of the title is the name of a dance club in Montreal where Emelie works as a quiet and reserved coat check girl. It's not just her name and demeanour that remind one of Jean-Pierre Jeunet's Amelie, but her desire to watch other people and help where she can. After a woman overdoses at her club, she returns her checked coat to her hotel room and suddenly becomes embroiled in a criminal plot as she is mistaken for the dead girl. Her involvement manages to throw her together with a regular at the club named Thomas (they both have eyes for each other but have been too shy to make the first move) and they try to piece together the mystery, avoid danger and begin the baby steps to a relationship. It's also very clever in detailing numerous layers of people, places and things pretending to be what they are not (Liverpool within Montreal, Thomas' fake online identities, Emelie and Thomas dancing the Madison in a restaurant, etc.). If it sounds a bit twee and forced, it manages to retain the audience's good graces by staying sweet, charming and very bright and colourful. As well, I can't resist a film that makes my hometown of Montreal look this good on film.
Posted by Bob Turnbull at 22:29

If you ever have the chance, you might find the first film version of Foxfire of interest. Contemporary setting, and changes to the novel, but also fairly good performances featuring a young Angelina Jolie.

Did I never respond to this? So sorry Peter...Seriously, I truly appreciate your comments.

I hadn't even heard of Jolie's version of the film before I chose Foxfire, but I started hearing a few reactions to the film and mentions of the previous version before I ended up seeing it. I'm curious to see it for sure - I know there's something there, but Cantet just didn't capture it.